The WGL system connects the selected products together and enables wireless data transfer across the entire fleet. This complete hardware and software solution will be implemented across Hainan’s Boeing 737 fleet, consisting of 57 new aircraft. This selection makes Hainan Airlines the first operator in China to expand the WGL functionality from flight data retrieval to wireless data distribution, Teledyne said.

With this system, Hainan Airlines can electronically record their aircraft data and wirelessly transfer the data via the WGL system from the aircraft to the ground, within minutes of landing, and from any airport worldwide. Once the data is received, it can be processed and analyzed in record time to assess operations and aircraft performance. Additionally, Hainan will be able to wirelessly distribute Software Parts directly from their ground station’s software configuration system, LSE, through the WGL to the eADL for loading into onboard target systems. To support the remainder of the Hainan fleet not equipped with the WGL system, software parts will be distributed electronically by LSE using the PMAT 2000 Portable Loader system. In both cases, the use of electronic Software Part distribution eliminates the need to manually carry and load hundreds of floppy disks onto the aircraft, saving time, manpower and reducing overall costs.

Thales has been awarded a contract by Embraer Defence and Security to provide the Inertial Navigation System (INS) and the GPS of the KC-390.

“Thales HPIRS and GPS will provide unique capability to the KC-390 and will contribute to the success of the program. After a rigorous selection process, Thales solution was clearly the best one for the KC-390,” said Eduardo Bonini Santos Pinto, senior vice president, operations, and COO, Embraer Defence and Security.

Also in May, Goodrich was selected to provide the air data system, ice detector, windshield ice protection controller and the fuel quantity gauging and control system for the KC-390. Initial hardware deliveries are expected to begin in 2013. The systems will be provided by Goodrich’s Sensors and Integrated Systems teams in Minnesota and Vermont. Goodrich previously had been selected to design and manufacture state of the art electro-hydrostatic actuators, electro-backup hydrostatic actuators, actuator electronics and electrical controls for the fully integrated, fly-by-wire, primary flight control system of the aircraft.

Embraer is developing the KC-390 under contract with the Brazilian Air Force. The test flights are planned for 2014 with the initial delivery of KC-390 in 2016.

â–¶ Russia’s Transaero Airlines has selected Row 44’s In-Flight Broadband Entertainment Ecosystem for connectivity on the carrier’s narrow-body and 767 fleets. The system will deliver a variety of services, including broadband Internet access to live television, e-commerce, video on demand and bookable destination services. All services will be accessible through the passenger’s own Wi-Fi devices across the airline’s routes within and from Russia to North America, the Caribbean, Europe, North Africa and the Middle East.

â–¶ STG Aerospace signed an agreement with Swiss International Air Lines to supply its WhiteHawk LED cabin lighting system for the airline’s fleet of Avro RJ 100s. STG said the aftermarket system offers the first “swap-out/swap-in” solution for LEDs which, until now, has proven expensive to retrofit. WhiteHawk requires no modification to the existing ballast units or lamp holders; installation is carried out by simply replacing fluorescent tubes with WhiteHawk LED tubes, the company said.

FAA has failed to provide adequate, finalized program requirements of the six transformational NextGen programs, which is causing concern about equipage and ultimately delaying the benefits of NextGen, according to a Department of Transportation Inspector General (DoT IG) report in late April.

According to the report, FAA, which has so far invested $1.5 billion in NextGen, has yet to establish total program costs, schedules or performance baselines for any of these six programs, opting instead for shorter, discrete segments in order to minimize risk in the short-term.

“Having a reliable and comprehensive program baseline through its end-state is key to providing effective oversight of a program and avoiding the cost overruns, schedule delays and unmet expectations that FAA has experienced with past modernization efforts,” according to the report. For example, FAA has not yet finalized requirements for displaying ADS-B In traffic information in the cockpit, for accelerating the initial delivery of DataComm services to air traffic control towers or for finalizing the agreement between the SWIM program office and other program offices implementing SWIM.

As a result of this lack of finalized requirements, FAA does not plan to start implementing the transformational programs’ benefits until 2015 at the earliest. “Due to this lack of clarity... airspace users are concerned about investing to equip aircraft with NextGen avionics for ADS-B and DataComm, two programs key to FAA’s continued NextGen progress,” the report states.

The report recommends the FAA:

â–¶ Develop and set milestones for baselining each segment of the transformational programs through their end-state and identify the capabilities and benefits that will be delivered for each segment.

â–¶ Establish an integrated master schedule framework, policy and standard operating procedures that include the Segment Implementation Plan and the transformational programs, and a timeline for maturing this capability. 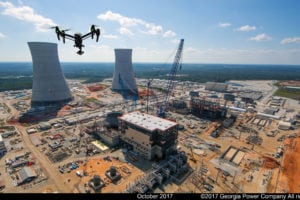 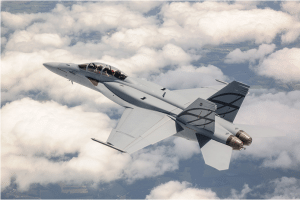