Cockpit upgrades for used business aircraft are showing signs of life now that the recession seems to be receding, with operator benefits ranging from boosting the residual value of an aircraft to eliminating expensive maintenance of older systems to enhancing safety to compliance with upcoming regulatory mandates in Europe and the United States.

Cockpit upgrades are a bit of a tougher sell than cabin upgrades, for example. The cabin upgrades can increase productivity, allowing business aircraft operators to stay connected. And often the upgrades can be done at a lower price point, and incrementally. For the cockpit, however, making the business case and seeing that return on investment is a bit more of a challenge, particularly in a tepid market.

“Confidence has been the element that has been lacking since 2008,” said Brian Foley, Brian Foley Associates, a general/business aviation management advisory company. “No one wants to part with hard cash unless they have a firm belief that the economy won’t get worse.”

But with the recent highs in the Dow Jones Industrial Average, which haven’t been seen in four years, coupled with a reduction in market volatility, “we believe that those who were thinking about an avionics upgrade will finally get off the fence,” Foley said.

The business jet market appears to be stabilizing, prompting operators to again make the business case for upgrading the cockpits.

“We’ve found that business aircraft between 10 to 20 years old have the greatest propensity to upgrade,” said John Peterson, director of avionics marketing for Rockwell Collins. “Once an aircraft gets beyond 20 years, we find that the operator will fly the aircraft and not upgrade it.”

Brian Wilson, director of avionics at Banyan Air Service, offers this general rule of thumb: “The upgrade should not exceed 10 percent to 15 percent of hull value.”

But, in recent years, as the values of used business jets have dropped, this has become a more complicated equation. For example, if your target market is a Falcon 2000, valued at $7.5 million, and you want to upgrade the cockpit with a $750,000 Rockwell Collins Pro Line 21. The problem comes three years later when the aircraft’s value drops to $5.5 million and the percentage of the upgrade versus the hull value has bumped up to 20 percent to 25 percent, Wilson added.

Wilson said he expects hull values to continue to drop near-term with some recovery seen in 2015.

The price of the upgrade, plus installation, is often linked to whether there is a significant market for the system. The more customers there are for a particular cockpit upgrade, the lower the price, generally speaking, according to manufacturers. Development of a system includes a Supplemental Type Certificate (STC), which is a significant investment for the OEM or completion house, and a portion of that investment is likely to be passed on to the customer.

“Honeywell does not launch an upgrade for certain business aircraft unless it is assured of capturing at least 10 percent of the fleet,” said Ken Snodgrass, vice president of marketing and product management for Honeywell Aerospace. “You want a large number of operators of aircraft that would buy your upgrades.”

Operators should avoid the trap of “upgrading for upgrading sake,” Snodgrass said. “Getting an upgrade because it is cool doesn’t sell.” The upgrade should be based on whether it increases the value of the aircraft and there is a “real safety benefit,” he said.

Beyond safety, the issue of replacing older CRTs with flat-panel, glass displays is another factor. “It is costing aircraft operators a fortune to maintain CRTs,” said Gary Harpster, senior avionics sales representative for Lincoln, Neb.-based Duncan Aviation.Years ago, it cost operators $18,000 to exchange one old CRT display for a new one, Harpster said. Now, it costs operators $48,000 for the exchange. “Operators are going to have to upgrade this older equipment,” Harpster said. “So, yes, there is a market here and it’s going to grow.”

To reduce acquisition and installation costs, some avionics manufacturers offer creative upgrades that blend the old and new avionics systems.

Rockwell Collins is offering upgrade of its Pro Line 4 to Pro Line 21. The Pro Line 4 CRTs are replaced with Pro Line 21 LCDs, but the backbone of the original system “remains untouched,” Peterson said, including the radios, navigation equipment, surveillance air data, FMS, TCAS and transponders. Rockwell Collins has developed a mating wiring harness that it says helps simplify installation. The LCDs are large and require a new instrument panel. However, the wiring is reduced considerably, as is the downtime of the aircraft, roughly four to six weeks.

“It costs 30 percent of what a traditional flight deck retrofit would cost on, say a Falcon 50,” Peterson said.

Rockwell Collins has its own STC for the 4-to-21 upgrade for the Falcon 50EX/2000/2000EX, Bombardier Aerospace Lear 60, Astra STC and Gulfstream G1000. Rockwell Collins STCs are available for more than 30 aircraft ranging from turbo props to long-range business jets. To date, Pro Line 21 aftermarket upgrades have been installed on more than 250 aircraft, the company said.

Rockwell Collins offers a spectrum of solutions for upgrades, from the Integrated Flight Information System (IFIS), and the Synthetic Vision System (SVS) to the Aircraft Information Manager (AIM). The company launched IFIS in 2007 as a mechanism on which pilots could put their Jeppesen charts. IFIS evolved through the years to include maps and graphical weather, both XM WX satellite-based weather and Universal graphical weather.

Honeywell Aerospace has invested heavily in upgrade programs during the last three years. The Primus Elite LCD flight deck upgrade can be “dropped in” without a lot of rewiring of the flight deck and below the floorboard, Snodgrass said. This is not to suggest that the overall upgrade process was easy; Honeywell had to first create a “software translator” to translate the old analogue images to digital.

It takes about one week to replace old CRT-based avionics systems with the LCD-based Primus Elite avionics package in mid-size and larger business aircraft. More than 40 Primus Elite cockpit upgrades have taken place as of this writing, Snodgrass said.

Honeywell is working on STCs for upgrades on flight management systems and the required navigation performance (RNP) and Wide Area Augmentation System (WAAS).

The G1000 retrofit package is on several King Air C90s and 200 Series. Garmin is awaiting certification to offer the G1000 for the King Air 300/350 series. Additionally, Garmin now offers its G1000 as retrofit option for TBM 700s.

Cost of the G1000 package plus installation is around $400,000 and pays for itself in a few years, according to Jim Alpiser, director of aviation aftermarket sales and marketing, who compares avionics upgrades for mid-priced business aircraft to painting your house.

“You have to do it every once in a while,” he said. “The upgrades bring the aircraft up to the modern age.” Without the upgrade, “you might not be able to flip (sell) the airplane.”

Another available upgrade, the G500, is geared to small piston and light twin turboprops of less than 6,000 pounds. Over that weight, the aircraft qualifies for the G600, Alpiser said, and only includes the primary flight and multi-function display. The G600 does not include the communications, navigation, GPS and other items offered in the “complete facelift” of the G1000 package, he said.

Elliot Aviation, based in Moline, Ill., says it is seeing a number of retrofits of Garmin G1000 avionics packages on various Beech King Air models. Elliot has so far installed 45 G1000 packages on various models of King Airs and four aircraft are now or will soon be in house for retrofit, according to Mark Wilken, director of avionics sales. Operators of an additional 15 King Air 300/350 Series have signed contracts and are awaiting certification before work can begin.

“The G1000s have the most traction out there,” said Wilken, “but Rockwell Collins Pro Line 4 to 21 upgrade is showing a little traction.”

Alpiser said Garmin began seeing real interest in cockpit upgrades of older business aircraft in 2004. “It became prudent for us to explore other opportunities in the aftermarket that didn’t require major surgery,” he said, referring to the G500/600 products.

Garmin is starting to sell the G2000/3000/5000 series of avionics systems to dealers. These models could be described as the G1000 with wide-screen displays, touch displays and other improvements. These products are only available through the aircraft manufacturers, but could someday be a viable upgrade option.

Universal Avionics’ EFI-890 glass cockpit is finding homes on several used business aircraft. The company has STCs for more than 25 business aircraft mostly, on which the EFI 890 can be installed. Several Gulfstream G3s have been upgraded with the EFI-890, said Dan Reida, vice president of marketing sales and support. Universal recently signed a contract with Duncan Aviation to upgrade a Falcon 900B with the five display EFI 890 glass cockpit.

The Vantage Premier, offered through Eclipse Aerospace as the Avio IFMS, is standard equipment on the Eclipse 550 Very Light Jet (VLJ) and an upgrade for the earlier 500 model. Innovative Solutions will supply the primary flight and multi-function displays as well as the IFMS and electronic flight bag system.

Whether this product becomes a mainstay upgrade for VLJ cockpits remains to be seen. The only certificated so-called VLJ is the Eclipse. The original company went bankrupt and while the successor intends to produce the improved 550 model — with the help of Sikorsky — that has not occurred. Some define VLJs as any turbofan powered aircraft of less than 10,000 pounds. In that case, the Citation Mustang qualifies but production rates have fallen since the high of 125 in 2009.

Field Aviation, a Canadian aircraft modification company, is upgrading the cockpits of a number of older Bombardier Dash 8 twin-engine turboprops. Known mainly as a regional airliner, the Dash 8 is now being retrofitted for use as business/corporate, offshore patrol, charter and utility aircraft.

Known officially as The Dash 8 Flight Deck Upgrade, Field is giving a complete cockpit facelift to several Dash 8-100s, which entered service in 1984. Out go the 1980s Electronic Flight Instrument System (EFIS), and electro mechanical instruments, and in goes the Universal Avionics EFI-890 high-definition displays. The company believes these upgrades will generate a whole new revenue stream. “This is a relatively new market for us that we expect to grow,” said Joar Gronlund, non-executive director for Field Aviation.

Field also removed the old analogue engine gauges and replaced them with a fifth display. The other four displays are for navigation. Filed/Universal teamed up with Ametek, a maker of engine and precision instruments, to create a Dash 8 version of its engine interface unit.

Field also created a standard upgrade for the Dash 8-200/300 variants, including upgrading the flight decks on two Dash 8-200s for Air Iceland. 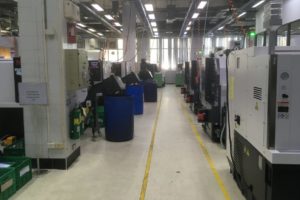 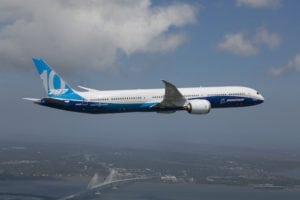