A program that will overhaul the way information is sent in the National Airspace System (NAS) is picking up steam, with a major contract under the Data Communications program set to be handed out in June.

FAA last year sent out a solicitation for bidders for its Data Communications Integrated Services (DCIS) contract, under its Data Comm program, a foundational program of the mutli-billion dollar Next Generation Air Transportation System (NextGen) initiative. Bids were received in October by three teams, including bids from a Harris Corp. team, a Lockheed Martin team and an ITT Exelis team. FAA will award the contract in June.

Data Comm, which will be rolled out in 2015 in the tower domain and in 2018-2022 for the en route environment, will replace voice communications with data messages sent between the cockpit and the air traffic control tower with the goal of more efficient pilot-controller communications and more efficient operations. The DCIS contract will provide ground-to-ground and air-to-ground segments of the data communications system, with special attention paid to the interoperability of the data communications services and avionics. The contract also requires the DCIS contractor to utilize one or both of the current commercial services providers of air-to-ground network service –– ARINC or SITA –– to provide a VDL-2 service accommodating ACARS messages. The providers will eventually become subcontractors for the program once the contract is awarded.

Additionally the DCIS contract calls for a Data Comm Avionics Equipage Initiative, an $80 million fund to encourage equipping a minimum of 1,900 aircraft during the course of the first six years of the contract for Future Air Navigation Systems (FANS) 1/A. According to FAA, 10 percent of the funding may be used to equip Part 135 aircraft; the remainder is to be used for Part 121. Funding NextGen and building its business case has long been a contentious issue for operators, and the potential prime contractors for contract praised the provision calling it innovative and a good way to jump start airline equipage by demonstrating benefits in a trial environment.

Sayadian called the $80 million equipage provision “innovative” and said he thinks future NextGen contracts will include this type of provision. “Bringing these teammates together, we’re not only able to bring that expertise and work out a set of equipage incentive options that might make sense and address the risk areas, but we were also able to turn that around and ask our airline partners to apply that to their own fleets and test out and validate the concepts that we were proposing,” he said.

Lockheed Martin, with its team of Boeing, Level 3 Communications and Telcordia, in addition to its unnamed airline partners, said it is approaching datacomm from a system integration perspective, managing the schedules, technical interfaces interdependencies of other NextGen programs.

“We have the knowledge to understand how the controllers will use this system, how the pilots will use this system and how to get the system working from the ground automation all the way to cockpit ... When you look at our team and look at what’s needed for the datacomm program in terms of understanding the whole system, Lockheed Martin has the expertise in the ground automation systems, the combination of Telcordia and Level 3 have the expertise in terms of the network and Boeing has the expertise in terms of the aircraft and the avionics and how to use datacomm,” said Diana Desua, director of NextGen strategies at Lockheed Martin.

Harris Corp. has not yet revealed its full team list, but said it includes GE Aviation, Thales and an undisclosed airline partner. 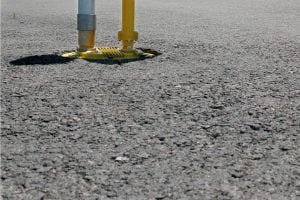 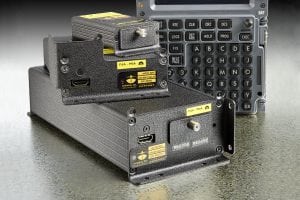 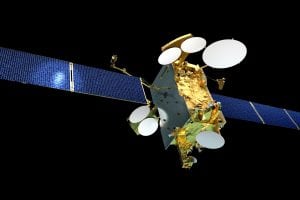