Green graduated from the U.S. Naval Academy in 1987 and was designated a Naval Flight Officer in 1989. His operational tours include assignments with EA-6B Prowler squadrons VAQ-134 and VAQ-137, where he completed two combat deployments to the Persian Gulf.

During his career, Green has served in NAVAIR’s Airborne Electronic Attack, Air Combat Electronics (PMA-209), and F/A-18 and EA-18G (PMA-265) program offices and on the staff of the AIR-1.0 acquisition executive. Recently, he spoke with Avionics Military regarding the Next Generation Jammer, an effort PMA-234 is charged with developing.

Avionics Military: Could you describe the thinking behind the Next Generation Jammer, and how it will enhance current capabilities in electronic attack (AN/ALQ-99), and which airframes will be equipped?

Green: The ALQ-99 debuted just about 40 years ago, about the same time as the Prowler. It was kind of a seamless integration with the Prowler. It has grown immensely over the years; we’ve upgraded virtually every component inside this podded system, the part that you see hanging on the wing stations of the aircraft. It’s been very flexible over the years and we’ve been able to accommodate a lot of new missions, we’ve been able to accommodate communications jamming that we didn’t do before. Traditionally, we were always an IADS jammer – Integrated Air Defense System. It was built to do that, it was very capable of that, but over the years we needed to jam other things like communications systems and datalinks and some nontraditional threats that we go after today. It has been able to roll with the punches, if you will, and it has been able to keep pace for the most part. Where we have run into trouble is with some of the newer SAM systems. They have become much more capable in this age of networked systems and very fast electronics. They have a lot of counter countermeasures now on these radars and other system components that are beginning to exceed the capability of the ALQ-99. We just can’t get there by continuing to upgrade it a little bit at a time. We’ve got to do a whole new system-level upgrade; we can’t continue to just do blocks within the pod itself.

[In terms of platforms] … We just finished the first phase of an analysis of alternatives, and Navy leadership is really in the stages of validating that analysis of alternatives. But we do know that we will need to utilize the system on the E/A-18G, the Growler. The system is not really going to debut in time to justify the integration cost of putting it on the Prowler. The Prowler will end up retiring about the same time, or maybe shortly after we debut this system. We have also been asked to look at putting it on JSF (F-35 Joint Strike Fighter). So the analysis of alternatives really focused in on the E/A-18G and the JSF.

Avionics Military: Has the NGJ sensor, its anticipated capabilities or any concept of operations planning figured in the development of the F-35 thus far?

Green: No, they’ve not done anything on their program to actually incorporate NextGen Jammer. We certainly are looking at F-35 and were asked to do so by the Office of the Secretary of Defense. But right now, they’re making any changes to the program of record on the F-35 side just yet. I think leadership is still figuring it out. They’re weighing the costs, and it’s extremely expensive to deliver cutting-edge capability like this, especially when the threat in the surface to air missile world is so significant.

Avionics Military: Could you comment on what generally has been accomplished in the initial, pre-Milestone A phase?

Green: We did a technology maturation study – four vendors, $6 million each, where they basically did paper concept studies and began to look at some of the work breakdown structures and some of the nuts and bolts like reliability and availability and some of the state of the art concepts that would fit. We took a lot of deliverables from that, to really make us a lot smarter and to really inform that analysis of alternatives study that was ongoing. That was invaluable, getting industry’s assistance and understanding the art of the possible as we went down the analysis of alternatives track. We completed the study phase of that; we’re in the decision phase now. Again, those four study tasks were invaluable in informing that.

Avionics Military: Could you comment on the technological thrust of the NextGen Jammer? Is it an AESA-radar based concept, or could it be other things as well?

Green: We identified early on, with the help of industry, five critical technology areas that we knew that we would need to work in. One of them is apertures. We are very much looking at, and very much interested in using active electronic scanning arrays. There are a lot of benefits to using those, particularly in the area of reliability and multitasking. You can set up a timeline with active arrays that allows for covering a lot of targets at one time. There are some challenges with using arrays, and we’re working through those.

Avionics Military: Our understanding is that in terms of the signal generator, it’s going to have to be dynamic system that is able to create its own jamming signal in response to what it finds.

Green: We are definitely looking at that. We’re looking at being able to react in a real-time sense, (like) kind of an RF memory, to look at a signal and spit something that looks similar to it right back. Certainly, there are a lot of jammers in the world that are out there and are capable of that already. We know that our system will probably need to do that as well. But we want to do it better. We want to do it with more power, more precision. 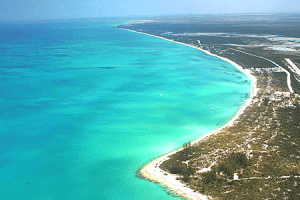