With the U.S. Marine Corps responsible for fighting on the ground in Iraq and Afghanistan along with the Army, the job of lifting and transporting much of their war materiel like howitzers and Humvees falls to aircraft like the H-53 fleet of medium- and heavy-lift helicopters. Hundreds of those helicopters rolled off Sikorsky assembly lines in the 1960s, and most of them still operate in a variety of configurations, such as the CH-53E Super Stallion.

With the Super Stallion’s replacement, the CH-53K, still years away — Initial Operational Capability is scheduled for 2015 — the Navy and Marine Corps expect to fly Super Stallions until at least 2025. It is important that the health and usage of these heavy lifters be closely monitored to facilitate maintenance and keep operational availability high.

For that reason, the Marine Corps is engaged in a long-standing program to incorporate health and usage monitoring systems (HUMS) on its fleet of CH-53E helicopters. Known as the H-53 Integrated Mechanical Diagnostic System/Condition Based Maintenance (IMDS/CMB) program, it has produced a number of important lessons learned for the Navy.

“One lesson learned would be to accelerate the deployment of the system to the fleet so that the benefits to the Marines and sailors could be realized sooner,” said Vicki Nagle, Heavy Lift Helicopters IMDS Integrated Product Team lead for the Department of the Navy.

“Additionally, the program demonstrated how exploiting commercial software tools could expedite rapid acquisition of a highly effective tool for military use. Another lesson learned would be to automate the data analysis portion of the IMDS/HUMS. This would allow us to implement CBM credits faster and more accurately.

“The final lesson learned would be that when you put IMDS in the hands of Marines, they will find new and different uses for this system. Fleet users have helped evolve the system and discovered uses that the program office and engineering had not originally envisioned.”

The original impetus for development of helicopter mechanical diagnostic systems came from a long history of fatal mishaps involving helicopters flying in support of North Sea oil platforms. In the U.S. military, the need for HUMS-type systems was solidified by the 1993 crash outside Washington, D.C., of a Marine Corps. VH-60N Black Hawk that was part of the presidential VIP fleet. The crash of a helicopter that could very well have been ferrying President Clinton (and, in fact, had in the past), led to the White House Military Office formally establishing the requirement for a helicopter IMDS, along with a crash retrievable voice capability.

In the mid- to late-1990s, the Navy tested several systems intended to demonstrate different approaches to gearbox health monitoring, including commercially manufactured IMD systems from companies in the United States and Europe.

The Navy targeted IMDS as a technology to pursue under the DARPA Commercial Operations and Support Savings Initiative (COSSI), which streamlined the acquisition process, leading over the next decade to installing IMDS and other airborne safety systems on all troop- and passenger-carrying aircraft.

“The Navy’s current Integrated Mechanical Diagnostic Health and Usage Monitoring System is a matured outgrowth of those earlier programs, combining a comprehensive set of functions into a single integrated system,” said Nagle.

Data from the IMDS accelerometers and other sensors, as well as aircraft status (i.e. parametric) information is input into the MPU as raw signals. These raw signals are then digitized and processed through statistical averaging, fast Fourier transforms (FFT) and other diagnostic techniques. The processed data is then forwarded by the MPU to the Control Display Navigation Unit (CDNU) for display to the aircrew and to the DTU, where it can be transferred to the ground-based system.

Goodrich Sensors and Integrated Systems, of Vergennes, Vt., supplies the IMD HUMS technology under contract to the Navy. In addition to the CH-53E, Goodrich’s Integrated Vehicle Health Management Systems (IVHMS) are in use on Navy and Marine Corps MH-60R/S, AH-1Z and UH-1Y platforms, U.S. Army UH-60A/L/M and CH-47D helicopters, and commercial Sikorsky S-92 and S-76D helicopters.

Goodrich recently marked the 400th delivery of an IVHMS system to the U.S. military in Iraq. The company has produced and delivered more than 2,000 HUMS systems since the inception of the program about 15 years ago, according to Marc Brodeur, business development director of Vehicle Health Management Systems for Goodrich Sensors and Integrated Systems.

“What we probably couldn’t say several years ago is we’re delivering a real measurable benefit to the solider and the commercial operator,” said Brodeur. “[The system] is really proving itself out in combat.

Beyond basic maintenance and the operational efficiencies, the “holy grail of HUMS systems is condition-based maintenance and prognostics that will be a major benefit to operators, according to Brodeur.

The health and usage monitoring systems in place on the Navy’s CH-53E helicopters, as well as on other platforms, have become important differentiators in keeping such legacy aircraft in the air, including those that have been re-engined.

“One of the major benefits first realized by the program was the reduction of both the number of functional check flight (FCF) sorties and maintenance man hours required to complete a main rotor track and balance evolution,” said Nagle. “We have reduced the number of FCF sorties from an average of 3 to 1.

Main rotor smoothing is the process of continuously monitoring rotor vibration levels and making small incremental adjustments to minimize the effects of an unbalanced rotor system.

The process minimizes average airframe vibration levels, which increases component life and reduces crew fatigue. The process can also be used to determine the overall health of rotor head components.

SAFE and PDBM programs utilize aircraft data to track components based upon individual aircraft usage versus either pre-determined hourly or Reliability Centered Maintenance limits. RCM is a process to establish safe minimum levels of maintenance.

Brodeur sees the manufacturers of HUMS equipment looking to develop further solutions that monitor onboard aircraft systems beyond the mechancial, to include dynamic systems, avionics and wiring.

In addition, Brodeur said HUMS systems will be needed to do structural monitoring of airframes, particularly as more composites are being used.

While HUMS-type systems aren’t typically targeted at avionics, Honeywell is bringing avionics under the orb of its Zing intelligent monitoring network, which is more commonly used to monitor the company’s TFE731 engines.

“We’re developing Zing for Epic-equipped aircraft to diagnose alerts and trends in avionics, and manage them through a central maintenance computer,” said Candace Eckert, Honeywell vice president of aerospace services for product management. She was referring to aircraft equipped with Honeywell’s Primus Epic avionics, such as Embraer regional jets and Gulfstream business jets.

“There is a commonality about HUMS technology that reaches across all components,” Eckert explained. “With a central maintenance computer we are enabling all the data on the aircraft so there is more visibility to LRUs (line replaceable units) and data streams. That lets us assess the health of the entire vehicle instead of just one portion.”

Kristen Law, Honeywell marketing manager for condition-based maintenance, offered one additional benefit of including a central maintenance computer in a HUMS aircraft network of sensors.

“HUMS have been for trend monitoring and prediction, but didn’t include fault codes that you would get from the maintenance computer. Now you can get real-time feeds and link to trending to prevent unscheduled maintenance events. The challenge is getting access to all the member-system data, and making sure that it can be properly decoded.”

Honeywell introduced TFE731 monitoring under Zing in 2008. The avionics piece was brought into Zing in 2009, and is now in field trials with an undisclosed operator. There are presently eight customers signed up for the Zing intelligent monitoring network. In 2009, Honeywell announced the Zing platform was available for civil helicopters.

One of the next steps for HUMS will be Web-enabling of data generated by the sensors so that operators can get a good picture of their aircraft in real time, rather than having to wait for it to land at its maintenance base and then download the fault codes.

In addition, the growing prevalence of networked systems onboard aircraft means more data can be pulled from a greater number of systems.

“Along with better storage and computational capabilities, you can eventually get to the concept of area health managers,” said Eckert. “Instead of having one HUMS box you would distribute smaller and simpler systems throughout the vehicle. That would give you more data to fine tune and troubleshoot equipment like the environmental control system.” --Barry Rosenberg

Following are some recent developments announced by manufacturers of health and usage monitoring systems (HUMS).

âž¤ In January, Helicopter Support Inc., the support and distribution company of Sikorsky Aircraft, signed a memorandum of understanding with Goodrich to jointly promote a HUMS system to the global rotorcraft market.

“Our global OEM expertise, diverse specialties and experience position SAS as the premiere one-stop service provider in today’s demanding market,” said David Adler, president of Sikorsky Aerospace Services. “We are able to sell, support and maintain the Goodrich HUMS, and this full capacity exemplifies the unparalleled value we offer our customers worldwide.”

âž¤ Miro Technologies, based in La Jolla, Calif., signed a contract with the U.K. Ministry of Defense in July 2009 for the first phase of an integration project to link the WRAM Online (Work Recording & Asset Management) system and HUMS for the Apache attack helicopter program operated by the British Army. The project will automatically take lifing data from each aircraft and update the electronic technical log to provide accurate usage data. It integrates with the on-board HUMS system provided by GE Aviation through a ground station that downloads the flight data and fault messages from the aircraft.

As part of the contract awarded to Boeing by the U.S. Navy to upgrade the fleet of 16 E-6B aircraft, Teledyne Controls will provide its Digital Flight Data Acquisition Unit (DFDAU), along with ground-based applications including AirFASE for flight-data monitoring and analysis, Vision for 3D flight visualization and event investigation, and ReVision for digital flight crew briefing and debriefing. Delivery of the systems is expected to start in mid-2010.

The companies said the program will assist operators with flight safety issues by collecting and analyzing recorded flight data, and providing critical information to improve the efficiency of pilot training programs.

In addition, Sagem in June formed an avionics maintenance, repair and overhaul joint venture in Singapore with SIA Engineering Company Limited. Under the agreement, the joint venture will be a dedicated Center of Excellence and OEM Warranty Repair Center for avionics components in Asia, Sagem said. 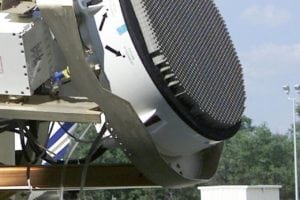 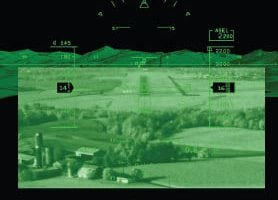 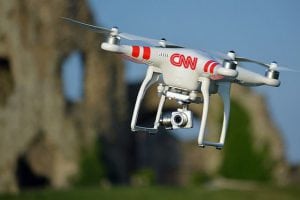