Boeing said Friday it has successfully completed the first phase of the flight test for a B-1 bomber upgraded with new digital avionics. The B-1 Fully Integrated Data Link (FIDL) flight test plan for Phase 1 concluded Oct. 16; it included nine sorties performed by the U.S. Air Force at Edwards Air Force Base. "This upgrade replaces 25-year-old avionics processing, displays and keyboards," said Eric Vanderslice, B-1 FIDL program manager for Boeing. "We are going from bulky cathode-ray-tube screens to higher-functioning flat-panel displays, giving crews more situational awareness and more space." Phase 1 included observations of how the crew acclimated to the new configuration; temperature and vibration tests on the new hardware; and functionality tests of all the display-related software upgrades, including the new moving maps. An 8-inch by 10-inch flat-panel display shows a picture of the terrain below that changes as the aircraft moves. The B-1 will go to Tinker Air Force Base, Okla., for programmed depot maintenance. The remaining software flight-test objectives will be performed during Phase 2, which is scheduled to begin at Edwards in April 2010 and run for 10 months. The Air Force is expected to award a contract in November 2010 for the production of FIDL installation kits for the service's entire B-1 fleet, according to Boeing. 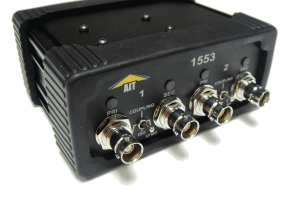