Boeing said Monday it delivered the U.S. Air Force's first simulator for the C-130 Avionics Modernization Program (AMP) to Little Rock Air Force Base. The Weapon System Trainer passed government acceptance testing and was declared "ready for use" July 20, the company said. Boeing said it is set to deliver a suite of trainers over the next several years for AMP training program at Little Rock. The simulator is a full-motion, high fidelity simulator that uses the same software as the C-130 AMP aircraft, which is an important feature, Boeing said; any future modifications can be made to the aircraft and the training devices at the same time, so aircrews can train on any new capability in the simulator before they fly it in the aircraft. Three C-130 AMP aircraft have completed initial flight testing and are undergoing additional evaluation flights with the Air Force before the AMP upgrade kits are installed on the fleet. 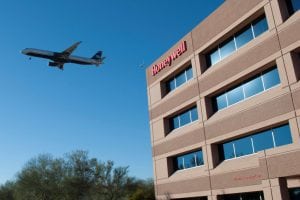