Controller Area Network (CAN) data bus is a serial communications protocol that supports distributed real-time control with a high level of security.

Introduced in the 1980s by Robert Bosch GmbH, the CAN bus was first installed in Mercedes-Benz cars. To improve safety and comfort, many electronic control units (ECU), such as anti-lock braking, engine management, traction control, air conditioning control, central door locking and powered seat and mirror controls, were added in automobiles. To interconnect these ECUs and reduce large wiring looms, the CAN bus was implemented. It is capable of working reliably, even in harsh environments.

Because of its success in automobiles, CAN bus technology attracted the attention of manufacturers in other industries, including process control, textiles and medical instruments. Because of its versatility, Airbus opened the door for CAN bus in the superjumbo A380.

CAN bus operates at data rates of up to 1 Mb/sec for cable lengths less than 40 meters. If the cable length increases, the data rate typically falls to 125 Kb/sec for 500 meters (1,640 feet) in length. The data signal is normally transmitted on a twisted pair of wires (shielded or unshielded), but single wire and ground, optical fibre can also be used.

Controllers connected to the CAN bus can transmit data to the bus and receive data from the bus. Data collisions on the bus are avoided using the CSMA/AMP technique. Carrier Sense Multiple Access (CSMA) ensures that a terminal will transmit only when the bus is quiet (no carrier). If two or more terminals try to transmit at the same time, the bus arbitration logic connects the terminal with a higher-priority message (Arbitration based on Message Priority).

There is no theoretical limit to the number of terminals that can be connected to the bus, but it is normally limited to 32 to avoid data delay. Data encoding is NRZ with bit stuffing.

The bus can have one of the two logic values — dominant or recessive. During simultaneous transmission of dominant bit (logic0) and recessive bit (logic1), the resulting value will be dominant. For example, in case of a wired – AND implementation of the bus, the dominant level will be represented by a logical 0 and the recessive level would be represented by logical 1.

CAN is a broadcast-type bus. A message transmitted by one line replaceable unit (LRU) is received by all the LRUs connected to the bus. Each LRU will have a filter to accept the message relevant to it. Data messages transmitted from any terminal on a CAN bus do not contain source address or destination address. A data message is transmitted as a frame.

As shown in Figure 1, three LRUs are connected to a CAN bus. Each one of them is capable of transmitting to the bus and can receive data from the bus. To prevent data collision, only one can transmit at any one time, but all can receive at the same time. Suppose LRU 1, a fuel quantity processor unit, is transmitting fuel quantity data (assume 11bit ID=6BC in hex) to the CAN bus. LRU 2, a water quantity summation unit, receives the data but filters it because it is not going to use this data. LRU 3, a fuel quantity indicator, receives the data transmitted by LRU 1 and uses it to display the fuel quantity.

Advantages of the CAN bus include:

In order to achieve the utmost safety of data transfer, powerful measures for detection, signaling and self-checking are implemented in every CAN node.

Error detection is done by:

To reduce the number of interconnecting wires from control panels in the flight deck to system computers in the avionics compartment, Airbus deployed CAN bus.

A typical overhead panel like an electrical power system control panel may have about 14 to 15 switches and system- related local indicator lights, each switch having at least six wires, totaling at least 90 wires running from the flight deck to the avionics compartment from just one control panel.

Airbus redesigned these control panels by connecting all the switches and indicators on a panel to a CAN bus controller, which is integral with the panel, and data is transmitted using only two wires. These are called integrated control panels (ICP). ICPs connect to Input/Output Modules (IOM) using CAN data buses.

Data is carried by just two wires to the CAN bus, replacing 90 odd wires in older type of airplanes. This type of approach reduces the wiring, improves maintenance and reduces unnecessary aircraft weight.

Boeing followed a similar strategy to reduce wiring on the 777 in 1996, but the company did not use CAN bus. Boeing called it OPAS, for Overhead Panel ARINC 629 System. Overhead panels are connected to a controller in a card file, which converted switch data to an RS 485 bus. The bus controller converts this RS485 bus to the ARINC 629 bus. LRUs connected to 629 buses can get switch position data and also send annunciator discretes to the overhead panel.

Even though Airbus started utilizing CAN bus extensively in the A380 to reduce wiring, the popular ARINC 429 bus is still used on the superjumbo to interconnect radio system control panels (like VHF/HF) in the flight deck to LRUs in avionics compartments.

Currently, many of the radio communication and navigation system LRUs, including VHF/HF transceivers, ATC transponder, weather radar, ILS receivers, VOR receivers and ADF receivers, are manufactured with an interface to the ARINC 429 bus only. There is no radio communications and navigation system component manufactured to interface with CAN bus. Many electronic engine control units, which control powerplant systems, have ARINC 429 interfaces.

The ARINC 429 bus has a well defined data structure suitable for aircraft systems. It is easy to implement and maintain, and it has a simple transmission protocol suitable for many avionics systems. 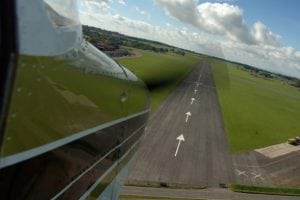 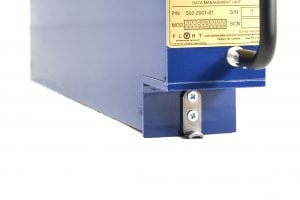