Quiello most recently was vice president of safety for Delta Air Lines. He succeeds Bill Yantiss, who retired after nearly 20 years with United.

Quiello serves on the Air Transport Association Safety Committee and on the Board of Governors of the Flight Safety Foundation. He has been chief technical pilot, chief pilot at New York’s LaGuardia and Kennedy airports and director of fleets. A graduate of the U.S. Navy Flight School, he was qualified as a captain on several air-transport aircraft.

Mounsey joined United after a 20-year career at Pratt & Whitney. He is responsible for engines, components and airframe and facilities maintenance at the airline’s San Francisco Maintenance Center, as well as oversight of maintenance performed by third-party providers.

Universal Avionics Systems Corp. named Sam Slentz to the new position of Chief Technology Director. He is based at the company’s Research and Development Division in Redmond, Wash.

Slentz will develop strategies to address the evolving role of technology in the aircraft and the airspace system.

Prior to joining Universal Avionics, he worked for the United States Air Force, Boeing, previously for Universal Avionics and the FAA. He holds a bachelors degree in Aeronautics and Astronautics from the University of Washington.

Patterson has more than 20 years of aviation experience, serving as a Boeing 727 and MD-88/90 pilot for Delta Airlines, and as a naval officer flying the EA-6B Prowler and instructing in the T-45 Goshawk. Also, Patterson founded NewLine Legal Practice Support, where he was responsible for working with law firms and corporations on their legal staffing solutions.

A trained engineer, Ritter has more than 20 years of experience in the Global Navigation Satellite System (GNSS) industry. He most recently served as a senior executive with Trimble Navigation Ltd. Prior to Trimble, he held senior positions with Schlumberger and other companies.

Rockwell Collins elected David Lilley to its board of directors. He will fill a position that is subject to re-election at the company’s annual shareowners meeting in 2011.

Lilley retired at the end of 2008 as chairman and CEO of Cytec Industries, a specialty chemicals and materials company. Prior to joining Cytec in 1997, he was a vice president of American Home Products Corp., responsible for its Global Medical Device business.

Flight Display Systems, Alpharetta, Ga., named David Oblinger to the position of general manager. He will oversee daily manufacturing processes and systems of the company, which specializes in cabin entertainment products.

Oblinger most recently was director of Operations and Resources for Silgan Plastics Corp. He also has held positions with Monsanto Co. and holds a degree in Electrical Engineering from Newark College of Engineering.

In other appointments, Flight Display Systems named Chris Cayia as Operations Manager. He will be responsible for production workflow, technical and customer support and purchasing.

Prior to joining the company, Cayia was superintendent for JHC Corp., in Peachtree City, Ga. He has also held positions with Millennium Mat Co., Alpha Technologies and Mitsubishi Wireless Communications.

Hillary Davis was appointed production coordinator. She will be responsible for production scheduling, including work order development.

Davis joined the company from Miura Boiler Inc., where she was a sales and service assistant.

Ulrich has more than 14 years of experience in human resources and most recently worked for the local division of a plastics manufacturer. She is a member of the Society of Human Resources and is a past president of the Wichita chapter.

Brian McDermott was named vice president of Supplier Management. He joined AIA from Paragon Dynamics, of Denver. He previously worked for L-3 Communications and served 21 years in the U.S. Air Force.

Robert Young was appointed assistant vice president of Civil Aviation. He joined AIA from BAE Systems in Washington, D.C., where he focused on FAA’s NextGen air-traffic system modernization. Previously, he was a commercial pilot, working for American, TWA and other airlines and concentrating on flight operations safety. He began his career as a U.S. Navy aviator, and also worked as an aviation safety consultant.

Lisa Goldberg was named director of Environment, Safety and Health. Goldberg came to AIA from the Water Environment Research Foundation in Alexandria, Va. Before that she was an independent environmental consultant and worked for the Aluminum Association.

As director of ES&H, Goldberg will coordinate AIA’s environmental affairs as well as occupational safety and health programs and activities.

Payne is responsible for managing the newly formed U.K. office and for oversight of Endicott Interconnect’s European manufacturing representatives. He has 30 years of experience in the electronic packaging industry.

Prior to joining Endicott Interconnect, he was divisional manager at GEC Marconi Research and managing director of Cirflex Technology, Ltd.

Cunningham will play an integral role in expanding Endevco’s aerospace programs while helping to identify emerging applications and technologies.

He is a former career member of the U.S. Marine Corps, where he held positions that involved collaboration with Department of Defense contractors in support of air-launched weapons and missile systems.

Since leaving the Marine Corps, he has held positions as director of logistics and new business development with a filtration systems company and, most recently, as a general manager with BAE Systems.

StandardAero appointed Mary Ellen Keegan to the position of vice president, Contracts, based at its Component Services facility in Cincinnati, Ohio.

Keegan will be responsible for legal support of all contract activity within StandardAero, including negotiation and review of sales, purchase and lease agreements for the business sectors. StandardAero is a Dubai Aerospace Enterprise company with $1.4 billion in annual revenue.

Prior to joining the company, Keegan served as counsel for financial transactions to GE Engine Services in Cincinnati.

Kato is responsible for operations and strategic sourcing for the company’s Aerospace Group sites in Lynnwood, Burbank, Calif.; Elyria, Ohio; and Lyon, France.

Kato joined Crane Aerospace & Electronics in 1997 as Northwest Regional Business Manager for Hydro-Aire. He most recently was vice president and general manager of Crane’s Burbank site.

AD Aerospace, Cheshire, U.K., appointed Rob Nash as its new Business Development Manager for the EMEA region. He will support new and existing customers in Europe, the Middle East and Africa with the "FlightVu" line of aerospace video camera systems.

FlightVu video equipment is STC’d on a range of commercial airliners and is available as buyer furnished equipment on Boeing production aircraft.

AD Aerospace also named Shoukry Shokralla regional sales representative for the Middle East and North Africa, to be based in the United Arab Emirates.

Phil Boyer, former president of the Aircraft Owners and Pilots Association (AOPA), joined the board of directors of Aspen Avionics, based in Albuquerque, N.M.

Prior to his retirement at the end of 2008, Boyer served 18 years as president of AOPA, a not-for-profit organization representing 400,000 aircraft owners and pilots. He was succeeded as AOPA president by Craig L. Fuller.

Boyer is Aspen’s first outside director, joining six investors and executives on the board. As a director, he will help guide the company through its next stages of growth. 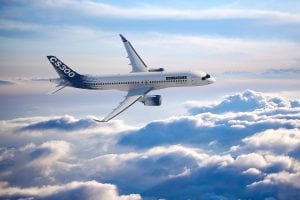