Cockpit lighting technology has traditionally moved at a glacial pace compared to other systems on the aircraft, namely computer or semiconductor technologies that experience generational improvements every six months. However, that old axiom has been turned on its ear in recent years with the widespread acceptance of light emitting diodes (LED) in new production aircraft and in retrofitted legacy cockpits.

LEDs and their associated electronics are giving cockpit lighting systems new capabilities that will be seen on the Boeing 787 and Airbus A350 XWB.

"In the past, you controlled each light individually," said Andre Hessling, chief engineer of Goodrich’s Lighting Systems division. "The new thing is a central control unit connected to all the lights in the cockpit. Those lights are now bus-linked to their control units, and in certain conditions you can make each of the lights do different scenarios.

"If you’re flying through lightning in otherwise dark conditions (for example), you can increase the general lighting condition so eyes become accustomed to the lightning."

Bus-controlled LED lighting has already been proven in other markets such as luxury yachts and, Hessling said, "we were just waiting for the large (aerospace) OEMs to jump on that chance."

That capability will be part of the Goodrich-supplied, LED-based "flight deck area illumination" system for the 787 Dreamliner, which will include a combination of off-the-shelf lights for components such as LED task lights with aviation-specific modifications to control light boundaries and newly developed lights. The 787 system will include task lighting, general illumination and emergency lighting on the flight deck.

The explosive growth of LEDs has directly led to a boom time for cockpit lighting manufacturers.

Aerospace Optics, Fort Worth, Texas, has experienced unprecedented growth in recent years, said Craig Morgan, vice president of sales. "The last two years have been the greatest two years in the history of the company, and we attribute it to taking solid-state components and putting them in new and legacy cockpits. There are question marks on the economy, but the market is as good or better than it’s ever been."

In the aftermarket as well, lighting manufacturers such as Luma Technologies and others that specialize in retrofits are excited by the prospect of outfitting the industry’s legacy aircraft with LED lighting.

"The world is full of old airplanes," said Bruce Maxwell, president of Luma Technologies, Bellevue, Wash. "We expect a huge upgrade and retrofit market as new jets are sold out and everybody wants to transition to glass displays. It is a perfect storm of customers wanting it and the technology being available."

The advantages of LEDs — less wattage than incandescent or fluorescent lamps, lightweight, more energy efficient, less heat and the ability of colors to be filtered — are well known.

The technology has evolved dramatically from its early days about two decades ago, when the only LED color available was red — as aficionados of vintage stereo equipment and old handheld calculators can attest. Green came next, then yellow and blue (though it was a dim blue) in quick succession.

For example, Kato cited Apple’s LED backlit-equipped MacBook Pro laptop, which uses a pulsing blue LED to show when the laptop is asleep. In fact, much of the revolution in LED lighting, companies say, comes from the retail electronics sector.

"Consumer lighting is behind the curve (toward LEDs) because of price," Kato said. "Our quantities (in aerospace) never drive any market. We’re at the mercy of those companies that make laptops."

As with other aircraft electronic systems, manufacturers are keeping power consumption, product reliability and weight concerns in mind when engineering onboard lighting systems, companies say. The transition to digital cockpits has already gone a long way toward shedding significant poundage while reducing power consumption. For example, traditional ganged and matrixed incandescent annunciator banks are being replaced with high-performance integrated LEDs.

"We now have LEDs that provide sufficient brightness to replace incandescent lighting," Kato said. "We can replace a 50 watt compact fluorescent with 35 watts worth of LEDs. Lifecycle cost is key so if you can buy something that is equivalent to the cost of today’s technology but with increased reliability then you will decrease lifecycle costs."

"Instead of wire bundles from the cockpit to the bays, there is now a single wire with digital communications throughout the plane. Instead of lighted switches with wire bundles, there is a digital processor on each module," Kato said. "Ultimately, the objective is to accomplish weight, cost and reliability goals while giving flight crews exactly what they’re used to seeing in older cockpits, along with the tactile feel for push buttons and controls for lighting and dimming."

That is the tact that Korry is taking in the subassembly of the switches, push buttons and toggles for the overhead control panels of the 787. In 2005, Korry was awarded the contract to provide flight-deck control panels, pilot overhead panels and switches for the 787.

"The change in technology now eliminates as much wire behind the panel as possible while maintaining the human/machine interface," Kato said.

Improvements in power consumption, reliability and cost are coming directly from the increasing pervasiveness of LEDs for aviation lighting systems. In just a couple of years, the industry has seen the integration of LEDs into almost all lighted devices in the cockpit, including switches and annunciators, displays, flat-panel systems, instruments and flood/map lights.

"Significant gains in lighting performance from switches, annunciators and integrated matrices such as caution/warning systems and advisory panels are attributable in part to the LEDs, but moreover from newer materials, manufacturing processes and, most importantly, a better understanding throughout the industry of the importance of lighting performance in the modern cockpit," Maxwell said. "Mediocre lighting is no longer acceptable."

Manufacturers of lighting are also being driven to LED installations by new environmental laws that force companies to switch away from toxic materials.

One example is the European Union’s "Restriction on certain Hazardous Substances" (RoHS) directive, which bans the sale of new electrical and electronic equipment containing more than agreed levels of mercury, lead, cadmium, hexavalent chromium, polybrominated biphenyl and polybrominated diphenyl ether within any of the 25 EU member states.

Packaging issues related to electronics and drive circuitry necessary for proper lighting and suitability for aircraft installations are everyday challenges for manufacturers of LED cockpit lighting.

Even something as seemingly simple as aircraft voltage affects LED operation. Airplanes operate on a 28-volt DC system (116V AC system). Incandescent bulbs also operate at 28-volt DC, and at that level provide sufficient brightness for full daylight readable conditions. At half that voltage, incandescent bulbs can be simply dimmed for comfortable nighttime viewing in the cockpit. LEDs, however, don’t operate that way.

"LEDs don’t work at 28V; they work at very low 1-3 volt power levels," said Maxwell. "You need electronics to take the 28V and knock it down to low power levels. But you still have the dimmer issue at nighttime. A LED will start to dim and then turns off. We have to provide electronics to make LEDs work on a 28V system, with the bigger challenge being the need to make it dim so it matches the curve of an incandescent light. If I didn’t have to match the incandescent curve I could do that easily."

The associated electronics have their own issues, Maxwell said. "Electronics make noise and noise means static, which is not permitted in aircraft radio. A bolt of lighting can take it down, so it needs protection. The automobile industry gets a pass on these things."

The addition of electronics also requires manufacturers to go through the time consuming and expensive certification process. For example, newer electronic circuits can include the use of logic and related solid-state components that trigger DO-178 and DO-254 applicability for airborne electronics.

"Just a few years ago you couldn’t take an existing aircraft like a Lear 60 and put new solid-state technology in a relatively mature legacy cockpit because LEDs required a unique drive signal like pulse width modulation for their dimming scheme. Nothing on the side of the cockpit has changed; the technology we bring to the table has changed. We can now put LEDs side by side with legacy pieces of equipment, and have it normalized to fit any application. That really came about only in the last 16 to 18 months," Morgan said.

The following are some recent developments announced by lighting products manufacturers and airframers. 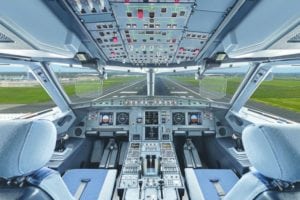 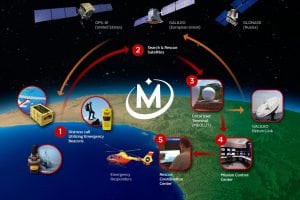