ARINC 429, the databus backbone for commercial aircraft, is celebrated its 30th anniversary Saturday. And despite drastic changes in the avionics industry in those three decades, this standard is still "alive and well," according to one of the original developers. ARINC's Dan Martinec, who has been with the Annapolis, Md.-based company for 32 years, said he's surprised the standard, which has been used on virtually every major aircraft manufactured since 1980, has lasted this long. "The beauty of 429 is its flexibility," Martinec said. "You can change a box without having to change the whole system." ARINC 429 Specification, a data format standard for aircraft avionics that provides the basic description of the functions and the supporting physical and electrical interfaces for the digital information transfer system on an airplane, was adopted July 21, 1977. "Actually ARINC 429 was not a totally new design. It was developed based on the best parts of data buses that had been implemented on earlier commercial air transport airplanes that used some digital interfaces in conjunction with avionics from the early 1970s that were mostly analog-based," Martinec said. Virtually every standard in the ARINC 700-series set of avionics standards utilized ARINC 429 interfaces, he said. It is no longer used as the primary databus standard, but the standard is still prevalent on major new aircraft, Martinec said. AFDX, which is ARINC 664, is becoming the databus standard, used on the Airbus A380 and the Boeing 787. However, the 787 still has "numerous" 429 buses, Martinec said. The standard hasn,t changed a great deal in the last three decades, save a revision in the summer of 1980, Martinec said. "ARINC 429 is alive and well and continuously being updated to add new equipment," he said. Early tweaks to the standard include included the introduction of equipment identifiers to allow for reuse of data labels which accommodated the expansion of data types beyond the original 256 maximum provided for in the original publication. The impedances and voltage threshold levels were also adjusted to enhance the consistency of operation, Martinec said. He said he recently received requests to have to the standard applied to a cargo door controller on a Boeing 777, an integrated air system controller on a 747-800 and a lateral control electronics unit on a 747-800. 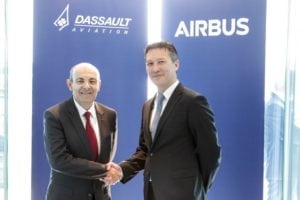 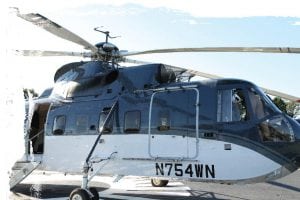 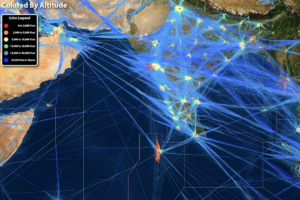 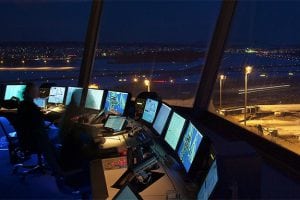