Canadian flight simulator company CAE said it won several military contracts in the United States, the United Kingdom and Canada valued at more than $35 million. In the United States, CAE won a competitive procurement to provide the US Marine Corps with engineering support services for the training devices of two aircraft, the AV-8B and the KC-130. The contract is valued at about $10 million over five years and represents a new program for CAE USA, the company said. In the United Kingdom, CAE has won a series of land and flight contracts valued at more than $17 million. CAE said it will perform an avionics upgrade to the CAE-built Lynx Mk8 full mission simulator at the Royal Naval Air Station Yeovilton. The UK Royal Navy’s fleet of Lynx Mk8 helicopters are being upgraded with a new avionics suite called the Second Generation Anti-Jam Tactical UHF Radio for NATO. The UK Royal Navy will also receive a new CAE-built Lynx Crew Procedures Trainer for training both Lynx Mk8 helicopter pilots and rear-crew for integrated crew procedures. In Canada, CAE was awarded a contract for the Technical Investigation and Engineering Services (TIES) program that is valued at up to $8.6 million over the next four years.

Are We Nearer to NEXCOM? 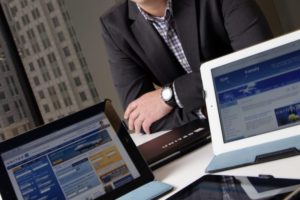