The timing was coincidental, but the warnings were similarly dire. A British government report issued in late October predicted catastrophic consequences for the world economy if global warming continues its course, absent urgent efforts to reduce greenhouse gas emissions.

In equally alarming terms, presenters at the Air Traffic Control Association conference in Washington warned of sure degradation in air transportation with huge economic fallout unless the National Airspace System (NAS) is modernized sooner, rather than later. Technology isn’t the issue. Airspace modernization lacks standards, procedures and — big surprise — money.

James Coon, then-majority staff director with the aviation subcommittee of the U.S. House Transportation and Infrastructure Committee, said the sense of Congress with respect to airspace modernization is that the goal of achieving the Next Generation Air Transportation System (NGATS) by 2025 "is too late" given the growing demand. The interagency Joint Planning and Development Office overseeing the transition to NGATS estimated by 2020, the economic cost of not implementing the system could reach $40 billion per year. In the meantime, FAA may need an additional $1 billion annually to get the system rolling.

Then Republican-controlled, the Transportation and Infrastructure Committee in its "Views and Estimates for FY2007," professed itself "very disappointed" in the Bush administration’s proposed budget for aviation capital programs. The president’s $2.5 billion request for FAA Facilities & Equipment (F&E), out of which modernization will be funded, is "extremely shortsighted," the committee charged, and short of the $3 billion average annual funding recommended for F&E for the third straight year. The House reported out a bill seeking $3.1 billion for F&E. The Senate at this writing had not passed the bill but was tracking closer to the president by recommending $2.54 billion.

FAA Administrator Marion C. Blakey in a keynote address said the F&E budget for FY07 "puts significant resources" behind high-priority modernization programs like automatic dependent surveillance-broadcast (ADS-B), for which $80 million is allocated. She promised an operating system by 2010 and NAS-wide deployment by 2013. "Let there be no doubt, we’re behind ADS-B all the way," Blakey said.

But the confidence level was less robust in a breakout session on the future of ADS-B and its air/ground communications component. James Eck, FAA acting director of air traffic control communications services, said agreement on requirements will be critical to the success of ADS-B. "From my perspective, the FAA is going to have to step up to the plate and put those [requirements] out there," Eck said.

"We’re really at a crossroads. We’re going to do this, or something bad is going to happen to this community, and it will be expensive."

If government can’t make the planes run on time, industry will do it — or at least spend money trying. With a request for offers still several months off, and a notice of proposed rulemaking months after that, Lockheed Martin formed a high-powered team to pursue the ADS-B contract, including Sensis, Harris and Honeywell (see page 10). Lockheed already is the contractor for FAA’s billion-dollar En Route Automation Modernization program to upgrade 20 Air Route Traffic Control Centers, a building block of the NGATS, and seems well-positioned to add ADS-B to its portfolio. Judy Marks, president of Lockheed Martin Transportation and Security Solutions, betrayed no trepidation in a briefing with reporters. "We will hit the [ADS-B] deployment schedule," she promised.

This month, I am pleased to introduce Emily Feliz as the new managing editor of Avionics. Emily comes to this publication after serving as assistant managing editor of a respected, weekly freight transportation magazine, Traffic World, where she was highly regarded as a competent manager of the editorial process. I know, because I worked with Emily there and admired her coping skills with a stable of seasoned (read cynical) journalists. Please extend a warm welcome to Emily when you see her. 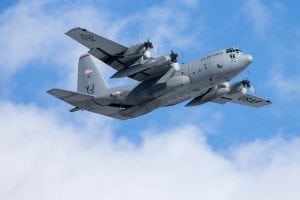 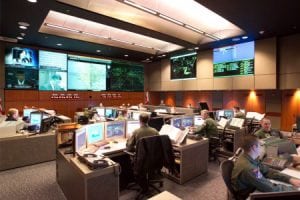