Today most air traffic control (ATC) data link services in Europe are based on ACARS, a technology designed for airline operational communications over the VHF band. Departure clearance, digital automatic terminal information service and oceanic clearance delivery, however, are not time-critical, as there is enough time to check their validity over the voice channel. But these services have built up experience with data link. Pilots and controllers appreciate clear, readable, saved and retrievable messages delivered in a timely and unobstrusive manner. It makes their jobs easier.

Eurocontrol's LINK 2000+ program has taken data link further by introducing controller pilot data link communications (CPDLC) in en-route ATC in Europe's high-traffic density area. The ground component was prepared by the preliminary Eurocontrol test of air/ground data link (PETAL) trials, and today Eurocontrol's Maastricht Upper Area Control Centre is the first en-route center to provide CPDLC services daily in all its sectors. By 2008 en-route centers that provide services in Germany, France, Switzerland, Austria, Italy and Spain will have added their airspace to that of Belgium, the Netherlands, Luxembourg and Northern Germany controlled by Maastricht.

The LINK program is coordinating the introduction of a European Commission-imposed implementing rule that makes the carriage of CPDLC equipment mandatory in the upper airspace of the "LINK" states by 2009 for new airframes and by 2014 for older aircraft. Pilot and controller reactions are positive. Witness a statement from a Scandinavian Air Services (SAS) engineer: "The system works so fast that at first we thought it was faulty."

In parallel, Eurocontrol's CASCADE program is preparing to introduce more CPDLC services and the first automatic dependant surveillance-broadcast (ADS-B) applications via Mode S extended squitter. Mode S is being introduced in Europe, so the upgrade cost for airlines to use ADS-B will be marginal. The same philosophy applies to CPDLC: CASCADE will extend the use of the VDL Mode 2 infrastructure deployed by the LINK 2000+ program, again minimizing the installation cost for airlines and air navigation service providers. CASCADE services and applications will emerge in two waves, the first starting in 2008 and the second in 2011.

ADS-B involves an aircraft's continuous broadcast of its identity, position and velocity vector. This information can be captured on the ground and be used to enhance existing surveillance or provide surveillance where this was impossible or too expensive before. It can also be captured on board an aircraft and used to enhance the crew's situational awareness. Sequencing and merging is the most advanced application of ADS-B intended by the CASCADE program. It instructs the pilot to maintain a given distance from a preceding aircraft, using that aircraft's ADS-B signal. It represents an initial task delegation from the controller to the pilot.

On the CPDLC side, CASCADE introduces data link taxi clearance and data link operational terminal information or pilot-preferences downlink, a service by which pilots can advise the controller of their preferred cruising level and top of descent or approach procedure without soliciting an immediate response. More advanced services include graphical trajectory coordination, which allows pilots and controllers to negotiate an aircraft's trajectory in a given sector.

While enthusiasm on the pilot and controller side is a constant element in the LINK 2000+ and CASCADE programs, convincing the decision-makers in the airlines and air navigation service providers has not been trivial. Business cases with real cost figures and proven benefits were not enough, as the introduction of data link is a gradual process and early implementers will not enjoy the full benefits. LINK 2000+ has covered that gap by providing grants and extensive integration assistance to pioneer airlines. CASCADE intends to follow a similar path. This creates a critical mass of enthusiasm among pilots, controllers and engineers, building support within organizations. Experience is gained and shared, and myths are uprooted. Proof of concept, of technical feasibility, and operational benefit all are provided at once.

It was not and is not easy for the program teams and pioneer airlines and pioneer en-route centers. But making at least a small contribution to help ATC take a step from voice to data link communications offers professional satisfaction. 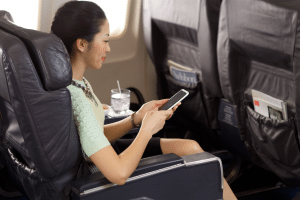 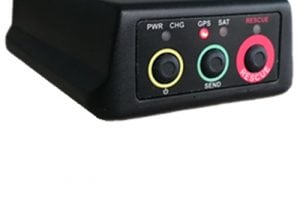