Meggitt/S-Tec, Mineral Springs, Texas, has promoted Kyle Farley to vice president of operations and hired Trevor Palmeri as vice president of programs and customer support. Farley, who joined S-Tec in April 2000, was previously director of manufacturing. He now heads all manufacturing operations, including supply chain management. Palmeri, who is in charge of original equipment manufacturer (OEM) programs, formerly was employed by Bell Helicopter Textron, where he was program director for the CV-22 tilt-rotor program. He was a Bell employee for 24 years. Visit www.s-tec.com.

The BAE Systems board of directors has appointed Peter Weinberg as a non-executive director of the company. He recently was named senior director of Goldman Sachs Inc. and previously was chief executive officer of Goldman Sachs International. The BAE board plans to announce two additional non-executive directors by the end of 2005. Visit www.baesystems.com.

Rich Morgan has been promoted from interior modifications manager to director of modifications and completions at Stevens Aviation, Greenville, S.C. The company cites his extensive experience in modifying and completing Lear, Citation, Beech, Hawker and Piaggio aircraft. Prior to joining Stevens, Morgan was director of completions for AvCraft Support Services. He also has been employed by Elliott Aviation and Kansas City Aviation Center. Visit www.stevensaviation.com.

The producer of embedded Java software, Aonix, San Diego, recently appointed Ted Nothorn as vice president of sales for North America and the Pacific Rim. He began his career as a software developer at Sperry/Unisys and then developed Ada embedded software tools at TeleSoft, a company that Aonix acquired 12 years ago. Nothorn has 21 years of experience in the embedded software industry. Visit www.aonix.com.

Northrop Grumman recently made three personnel announcements. Donald Winter is about to step down as corporate vice president at Northrop Grumman and president of the company's Mission Systems sector to become secretary of the Navy. The Bush White House announced his nomination in mid-August. Winter was president and chief executive officer of TRW Systems when Northrop acquired the company in 2002, and he was employed for two years by the Defense Advanced Research Projects Agency. Assuming the president's position at Northrop Grumman Mission Systems, which Winter held since January 2000, is Jerry Agee, who was the sector's deputy president. Agee joined the company in 1987, following a career in the U.S. Navy.

In addition, Jake Volkert has assumed the vice president and general manager post at Northrop Grumman Electronic Systems sector's Navigation Systems Division in Woodland Hills, Calif. Volkert joined Northrop Grumman in August, working previously at Boeing, where he was vice president of the battle management/command, control and communications (BMC3) and strategic systems business segment. Among the positions he has held during his 35 years in the industry is program director of the AC-130U gunship. Visit www.northropgrumman.com.

Lt. Gen. John Hudson has assumed command of the Aeronautical Systems Center at Wright-Patterson AFB, in Ohio. Upon assuming the position he was promoted to his current rank. Hudson previously was assistant deputy undersecretary of the Air Force for international affairs. In the 1990s the U.S. Air Force Academy graduate had two previous assignments at the Aeronautical Systems Center. Visit www.wpafb.af.mil.

Crane Aerospace and Electronics, Lynnwood, Wash., has named Tim Jors as vice president of supply chain for its Electronics Group. Prior to joining the company Jors was director of strategic sourcing for Medtronic Emergency Response Systems, vice president of operations at Stellar One Corp., and director of enterprise systems and materials at Intermec Technologies Corp. The California State University graduate has 25 years of experience in supply chain, materials management and operations. Visit www.craneaerospace.com. 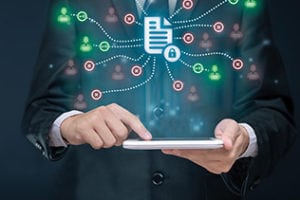