I retired from the FAA as the surveillance team lead in Aircraft Certification's Avionics Systems Branch (AIR-130) in October 2003. As an engineer and former Eastern Air Lines pilot I have had a long-term interest in aviation and a particular interest in means to increase airport capacity.

I have seen articles other than the one in Avionics magazine describing the tailored arrivals (May 2005, page 44) and believe that this approach is the right track to follow to increase efficiency in managing airport arrivals.

One disturbing aspect of some of the work under way is the poor description of an end state--that is, the ultimate goal or methodology for maximizing efficiency. The gains described in the tailored arrival procedure are impressive but do not address the real capacity restraints existing today and which can only get worse in the future, as the number of air carrier flights increase. That restraint is the number of arrivals that can be put on the ground.

Part of the problem is that several agencies and corporations involved in this type of work suffer from the "not invented here" syndrome, which inhibits progress and discourages dialogue. FAA should be taking the leadership role in much of this work, as the agency possesses a wealth of experience in all aspects of aviation. But this is not the case.

Nearly 10 years ago, I wrote a paper containing suggestions for maximizing efficiency in the terminal area, based on prediction of aircraft performance. Since there is a finite limit on the number of arrivals for a given runway based on separation standards, an aircraft that performs to controller expectations will allow the air traffic facility to maximize arrivals under any given situation.

Of course, the simplest and most effective way of increasing capacity is providing more runways for landings and departures. But, as we all know, this is not practical or possible at many airports, and even when proposed, the costs are high and the build time is considerable.

There are a number of projects at NASA, FAA and other agencies, most of which propose placing more responsibility on the flight crew and aircraft for traffic management. I have never concurred with these approaches. After working with NASA on several projects over the years I am convinced this is not the way to go.

I had asked several of my acquaintances from the FAA, NASA and other organizations for comments, constructive or otherwise, on my paper, and received very little comment. I would refer to the previously mentioned "not invented here" syndrome as a major problem.

While reading the July 2005 Safety column (page 39) in which you commented on a Flash Airlines crash in Egypt, I kept wondering why this captain kept insisting on using the autopilot. I've been taught to get out of autopilot in an upset. Just goes to show you never know what the guy "up front" will do.

As for the attitude indicator display, I prefer the Russian approach over the Western-style approach. After all, it is the aircraft that is banking, not the horizon. 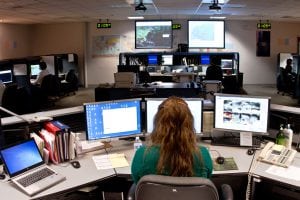 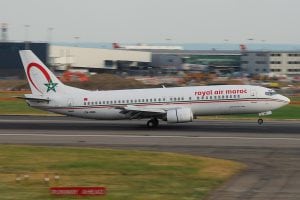