However, many services in European countries still differ. In Germany, for example, the Aeronautical Information Service includes the filing of flight plans, direct assistance in preflight planning, and search and rescue service. But in the UK flight plans must be filed with air traffic management and not with AIS.

As a company under private law, which was corporatized in 1993, DFS Deutsche Flugsicherung welcomes this development. Employing some 5,500 employees, DFS manages and develops navigation services in Germany. Its air traffic controllers handle several thousand aircraft movements daily and more than 2.5 million movements every year. To this end, the agency operates Europe's largest air traffic control center in Langen, near Frankfurt, as well as other radar control centers in Berlin, Bremen, Karlsruhe and Munich.

The Airfield Guides are the first harmonized products to be sold in other European countries. These visual operation charts for visual flight rules (VFR) flights in Europe all have the same look and feel. This was inspired by the European Commission's Single European Sky initiative and a customer survey conducted in 2003 with regard to the German Aeronautical Information Publication. Although the feedback was largely positive, customers still had one criticism: the charts are restricted to the national territory of only one state. As soon as a pilot flies out of country--which is quite easy, considering the proximity of Europe's 38 nations--these charts become unusable, and the pilot must become acquainted with the different layouts of other charts.

For this reason DFS is supporting the harmonization of the chart layouts, a program known as Airfield Guide Europe. The Polish Air Traffic Agency (PATA) and DFS were the first two organizations to cooperate in producing an Airfield Guide with harmonized charts. In November the Air Traffic Controllers Association (ATCA) cited DFS for the Airfield Guides Europe program with the Chairman's Citation of Merit award. And the European Commission welcomed the cooperation between the two air navigation service providers. Michel Ayral, the European Commission's former director of air transport, commented that the Airfield Guide cooperation between DFS and the Polish Air Traffic Agency "is encouraging." He added, "We also appreciate [their] efforts to put the request of your customers into the focus of your activities."

Cooperation among the national air navigation service providers in Europe is well on its way. Successful projects of the past -- such as the joint provision of aeronautical data by GroupEAD Europe S.L., a subsidiary of DFS and the Spanish air navigation service provider, Aeropuertos Espanoles y Navegacion Aerea -- will be further expanded. The basic ideas surrounding Single European Sky -- such as the use of synergies and partnerships, uniform airspace structures, and the provision of efficiency without compromising safety -- thus are being put into practice.

Formation Earns AS 9100B Certification 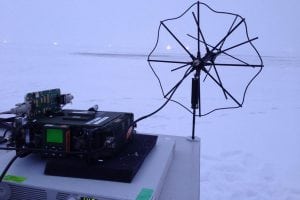