The use of carry-on electronic devices with wireless communications capability is increasing among airline passengers. Over the past two and a half years the World Airline Entertainment Association (WAEA) has been helping facilitate the safe introduction and adoption of this new technology in flight. In January 2001, the WAEA Technology Committee formed a wireless working group (WWG).

Initially, this entity is to educate the airline community on the issues surrounding passenger use of wireless devices. The WWG’s formal mission has become to advance the use of cell phones, personal digital assistants (PDAs), computer local area networks (LANs), entertainment devices, etc. on board aircraft. The WWG addresses everything from mobile phone usage to WiFi wireless LAN access to Bluetooth headsets for audio players, and how these devices affect aircraft operations.

Airlines want to safely offer onboard access to the same tools and toys their passengers use at work and at home. The WWG has joined all the stakeholders involved with this goal: telecom infrastructure providers, manufacturers of wireless equipment, in-flight entertainment and avionics suppliers, airlines, airframe manufacturers, and regulatory authorities. It has identified issues to be resolved in three main areas: operational, certification and system specification. The operational issues are:

The certification issues are:

And the system specification issues are:

Recently, the WWG has focused on educational forums. The first forum was a two-day WAEA Single-Focus Workshop on "Wireless Onboard," held in Washington, D.C., in November 2002. As a result of that workshop, FAA requested that RTCA look at PEDs to help establish standards that the airline community can apply. RTCA SC202 has since been formed to study whether wireless telecommunications devices on commercial flights interfere with navigational equipment.

The second Wireless Onboard workshop took place Nov. 11-12 in Hamburg, Germany [as Avionics Magazine went to press]. It examined trials updates, technology issues, standards efforts and regulations. The trials covered were to include Lufthansa German Airlines’ and British Airways’ efforts with Connexion By Boeing, Frontier Airlines’ trial with Aircell, and United Airlines’ and Continental Airlines’ efforts with Verizon Airfone JetConnect. ARINC, Boeing and Airbus were to cover the standards efforts. And regulations were to be the subject for EUROCAE WG-58, RTCA SC-202, JAA and the British Civil Aviation Authority.

For more information on wireless devices on board aircraft, see the WAEA Web site at www.waea.org and click on Wireless Onboard Single Focus Workshop, or contact the WWG co-chairs: Andrew Allaway (andrew_allaway@stratosglobal.com), Jim Mitchell (jpmitche@collins.rockwell.com), and Kevin Munday (kevin.munday@mascorp.com).

Richard Salter is an in-flight entertainment consultant and co-chairman of the WAEA Technology Committee. 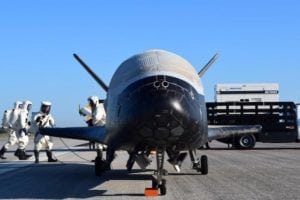