The candidate products have been submitted and evaluated. Four manufacturing teams anxiously await the Federal Aviation Administration’s (FAA’s) downselect, scheduled for late April or early May 2002. What the agency will select is a digital voice switch to be installed in the FAA’s 61 automated flight service stations. The program, designated Automated Flight Service Station Voice Switch (AFSS VS), calls for 65 switches, including four switches for training, testing and support.

FAA’s voice switch/recording product team, known as AND-320, manages the AFSS VS program; it is the latest among a host of related programs under AND-320’s supervision. The team’s responsibilities also include the Terminal Voice Switch Replacement (TVSR) program, Operational Support Telephone System (OSTS) program, and the Voice Recorder Replacement (VRR) program.

Out with the Old

The new AFSS voice switches, with touch screen displays, will replace the Type 3 analog, electronic push-button switches that were installed in automated flight service stations between 1975 and 1989. Those switches were produced by two manufacturers, Denro and Litton, both now part of Northrop Grumman Electronic Systems and, as a single entity, one of the AFSS VS competitors. The switch manufacturers on the other teams are Frequentis, CML ATC Technologies Inc. and Redflex Communications.

The FAA drew up unique and rather specific requirements for its new voice switch. The switch interface requirement was developed following "considerable user input," says Jim Little, FAA’s product lead for voice switching and recording. FAA specified a large, 15-inch (38-cm) display for the new switch because it would be "user friendly," says Little. "The display size was the minimum necessary to accommodate the human factors engineering aspects of the button layout–the size of the buttons, spatial separation of buttons, character size, etc."

FAA requirements also call for the consolidation of the voice switch interface and the automatic call director (ACD) interface. This would allow the controller to control the ACD using the touch screen device instead of a separate telephone unit, according to Little.

The Ability to Offload

Perhaps the most significant FAA requirement is the ability to offload frequencies. With this feature, an AFSS can disperse the ground-to-ground and ground-to-air communications assets from one site to up to six other sites. The controllers and supervisors in both the offloading and receiving facilities would coordinate the handoff.

Why the offloading feature? "The FAA wants to explore future benefits involving the more efficient use of personnel and staff," Little explains.

Another aspect of the new voice switch is security, to prevent the unauthorized use of AFSS communications. Security is especially important because of the remote offloading and the fact that communications go out on a network. Also, the switch will be a component of the National Airspace System (NAS), thus affecting flight safety.

The AFSS VS program will be one of the first systems to meet the full spectrum of the FAA security requirements established under order 1370.82, "Information Systems Security Program," and NIST (National Institute of Standards and Technology) special publication 800-18, "Guide to Developing Security Plans for Information Technology Systems."

FAA has established a two-phase approach to the AFSS VS program. The first phase, planned from fiscal year (FY) 2002 to FY2006, will involve considerable testing, since AFSS VS is partially a development program. FAA’s William J. Hughes Technical Center in Atlantic City, N.J., is in charge of both the pre-award operational capability testing of the candidate systems and post-award operational test and evaluation.

In phase one, FAA will deploy 34 systems, says Little. Phase two, running from FY2007 to FY2009, will deploy the remaining 31 systems.

The competitors vying for the AFSS VS contract are: 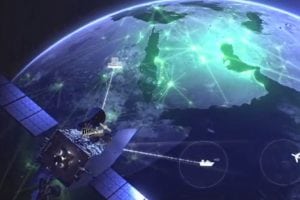 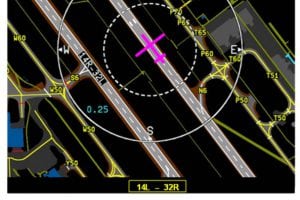 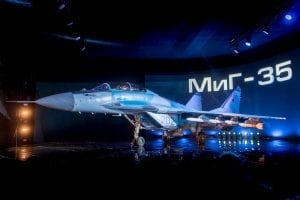