Rarely do I enter into the arcanum of Federal Aviation Administration (FAA) regulations. But an issue was brought to my attention that surely will impact the avionics aftermarket. Bringing it to my attention was the National Air Transportation Association (NATA), which has opposed an amendment to an FAA rule and now cautions on the wording of the rule’s accompanying Advisory Circulars (ACs).

The amendment to 14 CFR, Part 21, Section 21.101 was finalized this past summer and will be in effect on Dec. 7, 2001. The FAA mandated two ACs to accompany the amended rule. The comment period for one AC, applying to Part 25 (transport category) aircraft, ended Nov. 20; the other one, for smaller aircraft and helicopters, is still in the drafting stage.

What is the amended rule? Essentially, the new 21.101 will require that all applications for major type design changes–i.e. amended Type Certificates (TCs) or Supplemental TCs (STCs)–show compliance to current airworthiness standards. No longer will the standards apply to the date when the aircraft’s original TC was issued. This would obviously impact significant changes, say, to propellers, engines, fuselage structure, etc.–as the amendment was meant to do. But, inadvertently perhaps, the change to 21.101 could seriously impact avionics installations, as well.

Imagine, for example, attempting to install 21st century technology into a 1960s era aircraft. Let’s say you want to fit a terrain awareness warning system (TAWS) in your 40-year-old aircraft. You will need to apply for an STC. But because installation requires a mounted antenna and impacts the electrical distribution, and because you must now adhere to current airworthiness standards, the whole process may become cost prohibitive. How costly it becomes depends on the limitations and criteria presented in the ACs.

Is there any recourse to the amended 21.101? Well, yes, if complying with current standards proves to be virtually impossible, the FAA can chose an earlier standard (the standards change periodically through the years) for the STC. However, applications for an exemption to current standards could prove costly, and the applicant cannot revert to the original standards.

I received little comment from the FAA about the ACs, though an official did elaborate on how an applicant can defend an exemption. Compliance to earlier standards can be granted if the agency determines that:

What understandably drew the opposition of NATA and others in the aviation community is the fact that the onus has shifted. The STC applicant must provide the defense for his/her proposed exemption, while the FAA need not supply the argument against it.

So here-in lies NATA’s complaint with the new rule: It will significantly escalate the cost to repair stations and other seeking STCs of new avionics installations. The cost could, according to a NATA release, "exceed $15,000 per STC application, significantly overshadowing the FAA’s estimate of $750 per application."

Second, the rule change will give the FAA "a hell of a hammer," according to Richard Peri, NATA’s manager of technical service. "The repair station always had the clout to use the certification basis of the aircraft [TC]," he told me. "Under the new rule, the FAA has absolute authority to select the certification basis for the installation...they can pick and choose among the standards." In reference to the new rule, NATA claims in its release that the FAA fails to address small business concerns and has "dismissed the concerns of the general aviation industry..."

And finally, NATA argues that the amendment to 21.101 introduces the cost and hassle of seeking exemptions to current standards. All of this, NATA argues, might cause an aircraft operator to delay or even forego installing a system that would add a safety feature to his/her aircraft. "People will put off upgrading systems," Peri argues. "For the small [aircraft] guy, there’s a disincentive to upgrade."

Why was the AC issued? Enhanced safety could be argued, although the NATA release reports that, according to the FAA’s own estimates, the economic burden of the amended Section 21.101 will "provide no increase in safety in half of all STC applications."

Peri claims that the prime motivation on the FAA’s part appears to be to establish rules that conform with those drawn by Europe’s Joint Airworthiness Authority (JAA). The proposed rule was not intended to impact avionics installation, he adds, but "originated out of a trade issue between Airbus and Boeing.

"Airbus didn’t build derivative aircraft. Boeing does and was thought to have an advantage with derivatives like the B737-200, -300, -400, etc.," he adds. "The focus was on new aircraft, and avionics [installations] were never part of the consideration."

Regardless, we now must live with the amended rule. The focus now is on the wording in the accompanying Advisory Circulars. They should receive close scrutiny, and Avionics Magazine will alert readers of when the AC for small aircraft and helicopters (where the cost impact can be most critical) is issued. Copies of the current AC are available electronically on www.nata-online.org. 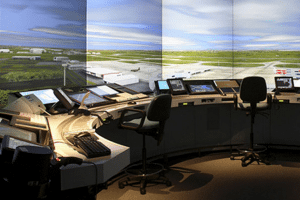