In the fall and winter of 1999, something happened quietly behind the scenes in the aviation business that may have changed the nature of avionics design and support permanently, but with very little fanfare. Insurance companies, many fearing potential bankruptcy through bizarre, unknown and undefined liability problems associated with Y2K issues, began the process of declining or rating many manufacturers whose business had any element of risk.

Needless to say, they did not embrace the aviation business with open arms during this process. Many companies saw their rates increase dramatically. Some were forced to exit business areas with risk the insurers deemed unacceptable. Others had to operate with inadequate coverage.

This subtle policy shift, coupled with lawsuits of ever-widening scope and increasing award amounts, has finally triggered a detectable exodus from the manufacture and supply of aviation-related component parts. Large corporations with broad market appeal simply stopped supplying parts to the aviation industry. They began querying the destination of their items, stopping deliveries of parts intended for aircraft use. After all, if the aviation industry is 1% of your volume but 75% of your liability, is this such a hard decision to understand?

This situation mainly affected companies whose main markets are not aviation related but who make items commonly used in aviation, from crimp terminals to switches.

In the past, component makers have either desired this business (with a hefty price premium to cover liability insurance), or accepted it. But those positions are draining away, caught in increasing liability insurance costs that are simply unsupportable from sales revenues. Manufacturers who used to produce military specification components have left that market over the last few years, and are now less inclined to remain in high-overhead, high-liability market sectors.

Everything from ring terminals to switches and integrated circuits are exiting the designer’s available parts selection. It is unclear if this will improve should Y2K liabilities not be as costly as insurers feared, but history indicates insurers do not like to return to "rated" situations once identified.

The history of insurance reveals an ever contracting desire to cover risk and an increasing attention to the insurance company’s profitability and reserves. Lawsuits now have the very bad habit of naming everybody on Earth even remotely associated with a situation or product, and the resulting corporate damage is considerable and costly for everyone, especially for insurers.

The companion risk to the aviation industry is that many common materials and parts may move into the limbo of either unavailability (as has already happened with many discontinued mil spec parts), or clearly stated "unsuitability" by the manufacturer. This dramatically increases the risks for users of those materials. It could move them into clearly defined "unapproved" status in the eyes of regulatory agencies and expose them to potential liability in their own designs. After all, if you use parts the manufacturer clearly has stated are "unsuitable" for the task, where does that leave you? Right in the cross-hairs of the next lawsuit. Not the most comfortable position to be in.

I believe we can expect a shift in what is or is not "approved" in terms of parts and materials. Since the the U.S. Federal Aviation Administration (FAA) in particular has focused on bogus parts and approved parts as major issues of concern, this is certain to become an inescapable issue as the year 2000 progresses. FAA officials will have no reason or supportable argument to continue to allow parts to remain approved if the manufacturer sees them as unsuitable, plus it may trigger an upward wave of higher level assembly problems, which may become "bogus" as a result of that loss of approval.

It is important to remember that the legal process and lawsuit awards, not the insurance companies, primarily trigger this situation. Insurers merely respond to being hit with an ever-increasing size of stick and are tired of applying cold compresses and bandages to every part of their corporate selves.

Not surprisingly, insurers don’t like getting flamed on a regular basis in court, so they simply stay out of the line of fire. Their reluctance is making parts manufacturers shift their policies, and the problem slowly travels downstream to designers and service facilities.

Every policy automatically and inevitably selects for a certain outcome, and in this case, everybody is simply moving away from the incoming liability because the pain is becoming much too high.

This is not a new trend, and keen-eyed designers already will have noted the disclaimers in many component data books and catalogs for many items, listing the end uses for which the parts are specifically not warranted. In the past, life support systems were favorite choices, but that disclaimer now has extended to virtually any area of unacceptably high risk per revenue dollar. As I noted before, the entire aviation industry is a minor blip on the delivery charts of virtually all electronics component manufacturers, at less that 1% of revenues, so it is easy to see how severing that relationship, rather than nurturing it, would look good.

This problem will not go away easily. It will take some real effort in legal reform to alter the endlessly expanding risk associated with each new lawsuit, whether frivolous or credible. The general aviation industry was almost destroyed in North America because of liability issues that were corrected only through critical changes in the liability law a few years ago. Similar change will be needed to permit companies to supply to the aviation industry without facing potential ruin in the process. The worst part of this situation is that it is often the best materials and vendors who choose to exit first, because they tend to operate responsibly on a corporate level.

The lower quality and marginal vendors don’t really care, and will see opportunity to expand sales in this shift. Where does that leave us? In an election year, with everybody distracted by the task of getting elected, this may just become another issue lost in thousands of others, and by the time it gets to the top of the pile, we may have a lot more empty parts bins to work from.

Walter Shawlee welcomes reader comments and may be reached by e-mail at walter2@sphere.bc.ca 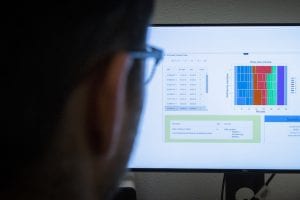 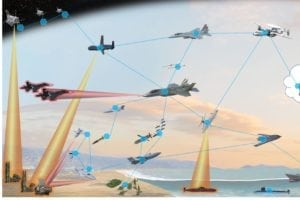