Those of you who plan to attend Sun N’ Fun 2000 in Lakeland, Fla., in April are in for a treat. The Experimental Aircraft Association (EAA), Oshkosh, Wis., plans to have on exhibit its newly outfitted B-17, called "Aluminum Overcast."

Prior to its showing, the World War II vintage bomber will be outfitted with a new avionics suite, so it can safely fly cross-country. Gulf Coast Avionics, also in Lakeland, was to have received the aircraft in January. The company was selected to install navigation and communication equipment, including a PS Engineering PMA-7000MS audio control system, dual Garmin GNS-430 nav/com with moving map, and a Garmin GTX-320 transponder.

Following a review of the A3XX program, the supervisory board of Airbus Industrie has reached the conclusion that the technical specification and economic viability of the new 550-passenger aircraft are satisfactory.

Consequently, the board authorized the Airbus management to approach airlines interested in the A3XX family in order to gain an appreciation of the customer commitment to the program and to gauge quantity and timing of future orders.

Further decisions will be made during the first half of 2000 with a view to confirming entry into service in 2005.

For more information visit www.airbus.com on the Web.

Following the successful completion of comprehensive testing, Inmarsat has awarded access approval to Rockwell Collins for the SAT-2000 system.

J.A. Air Center, West Chicago, Ill., celebrates its 35th anniversary this year. The company began as Joliet Avionics Inc. and was based in a two-stall rented hangar at Joliet Airport in Joliet, Ill. It was a small avionics shop that largely served the general aviation market.

The Japan Transport Ministry acknowledges that it has been carrying out tests for electromagnetic interference by portable electronic devices (PEDs) on aircraft equipment. These tests have been carried out on an airborne Boeing 777 since 1996.

According to the ministry, there have been 17 reports of interference between 1993 and early 1999. The main suspects are use of cellular phones, digital cameras and CD players.

The ILA2000 Berlin-Brandenburg International Aerospace Exhibition, to be held June 6-12, is increasing its display area in order to meet a growing demand from exhibitors. It was originally planned

To be opened by Chancellor Gerhard Schrï¿½der, the exhibition will be at Berlin-Schï¿½nefeld Airport. Four days (June 6-9) will be marked as trade visitors’ days.

British Airways (BA) has selected SITA to fulfill a five-year, $250 million contract to design, develop, and implement a fully managed, global network infrastructure based on the latest Internet technologies.

A joint team from SITA and BA has already started working on the design and development of strategic tactical plans to convert BA’s host interface network to a fully integrated infrastructure based on SITA’s IP solutions portfolio.

The EQAR has been developed and manufactured by Thomson-CSF Detexis and is integrated and supported by Sextant.

Lightning strikes on aircraft are a common occurrence, usually resulting in little or no damage. But sailplanes are another matter.

A recent accident to a sailplane in the UK spawned recommendations affecting lightning protection for present and future sailplane designs, particularly those that use significant amounts of composite material in their primary and control structures. The full account has recently been published as Report EW/C99/04/02 by the UK Air Accidents Investigation Branch (AAIB).

The sailplane, a two seat Schleicher ASK 21, was returning to the home base and flying along the front edge of a large cloud area when lightning struck it in clear air and at a speed of some 80 knots. Large sections of the airframe disintegrated and both crew members, who were wearing parachutes, abandoned the sailplane.

The AAIB report makes the point that the sailplane was constructed almost entirely of glass reinforced plastic (GRP) with foam or honeycomb sections bonded together—materials that are electrically non-conductive. The report goes on to note that the most significant factor in this accident was the formation of lightning arcs within the enclosed volumes of the wings and fuselage. These, in turn, caused damaging shock waves and high overpressures that induced the structural disintegration.

The investigation board also recommends that the UK Civil Aviation Authority (CAA) seriously consider, during its participation in the current international review of aircraft lightning certification standards, the fact that energy levels from positive polarity charges have been shown to greatly exceed those currently specified.

For more information, visit www.open.gov.uk/aaib on the Web.

Four-Year Contract Worth $60.6 Million for Duncan

Duncan Aviation, Lincoln, Neb., is being awarded $10.5 million (base year total) as part of a firm fixed price with cost reimbursable line items contract worth a combined total of $60,623,525.

The contractor shall provide life cycle contractor support for the C-23 Sharps aircraft. Work will be performed in Lincoln, Neb., and is expected to completed by Dec. 31, 2004. Contract funds will not expire at the end of the current fiscal year.

The Egyptian Air Force is about to receive 39 AN/ALQ-131 electronic countermeasures (ECM) system Block II conversion kits from Northrop Grumman. A spokesman for the company tells Avionics Magazine that the kits will apply exclusively to Eqypt’s F-16 aircraft.

The purchase was the result of a recent $39-million contract that Northrop Grumman Corp.’s Electronic Sensors and Systems Sector received from Warner Robins Air Logistics Center.

The AN/ALQ-131 provides jamming against surface-to-air and air-to-air threats. Northrop Grumman has delivered 1,350 systems to the U.S. Air Force and to services in 11 other countries.

Visit www.northgrum.com on the Web.

The Boeing Co. of Long Beach, Calif., was granted a $9.1 million modification to a cost-plus-award-fee contract to provide for the Period Three (April-September 1999) award fee for performance of the Flexible Sustainment Program in support of the C-17 aircraft. Aeronautical Systems Center, Wright-Patterson AFB, Ohio, is the contracting activity.

The contract calls for the engineering and manufacturing capability to reverse or re-engineer out-of-production weapon systems, subsystems and components for all U.S. military branches. The work will be performed at ARINC facilities in Charleston; Oklahoma City, Okla., and Annapolis, Md.

The intention is to achieve a three-year increase in the times between overhauls of aircraft of the Romanian Air Force by using Western test and maintenance procedures. The German member of the consortium, DaimlerChrysler Aerospace AG (DASA), which holds a 50% stake in MAPS, announced the agreement.

For further information, see www.m.dasa.de on the Web.

Rockwell Collins was selected to provide the Australian Defence Force with high frequency (HF) radios for the modernization of the military’s high frequency communications system (MHFCS).

The MHFCS will replace current duplicated defense force communication systems with a common usage HF ground network and defense system. The system will be used across the Australian Air Force, Army and Navy. Deliveries began in mid-December 1999 and are scheduled to be completed mid-2001.

In addition to the Australian contract, Collins says it was awarded two U.S. military contracts for electronics for a total of $20.5 million. A $10.5 million contract was awarded by the U.S. Air Force to equip 126 Lockheed Martin C-5 aircraft with Collins’ multimode receivers (MMR). The other contract calls for the installation of two GNLU-945 MMRs on each C-5 transport. The MMRs are used in the aircraft’s navigation and landing systems and can be used in instrument and microwave landing conditions. Deliveries will start in 2002 and continue through 2004.

Visit www.collins.rockwell.com on the Web for more information.

The contract calls for the design, installation and maintenance of CUTE, an information technology (IT) system to facilitate passenger movement and baggage handling.

An ATC simulator as well as a digital data recording and archiving system also are being provided. The new ATM system is expected to enter service during the first quarter of 2002.

Work has recommenced and the 7,180-foot (2,189-meters) runway (parallel to the existing runway) is expected to be completed by May 2002 to accommodate the traffic expected for the World Cup, which is being co-hosted by Japan and Korea.

It is expected that movements at Narita will increase from 135,000 a year to more than 200,000 after the new runway becomes operational.

A team of UK companies is carrying out an emergency refurbishment program at Kosovo’s Pristina Airport. The intention is to bring the airport up to international civil aviation operating standards. The team, led by Racal Avionics, includes Portakabin and Washburn Fabrications.

The Racal package includes a Category I ILS, Doppler VOR and DME and NDB along with an integrated remote monitoring system. Emergency repairs to the navigation system and ground lighting have already taken precedence over the terminal rebuild, which is scheduled for next spring.

Navia Aviation, Oslo, Norway, has won a contract to expand the NOVA 9000 Surface Movement Guidance and Control System at Pusan Kimhae International Airport in South Korea. The system originally was installed in 1998.

For more information, see www.naviaav.no on the Web.

Fog Detecting Radar To be Tested in Japan

Kushiro Airport, Japan, is to be the site of trials of a new, fog detecting radar operated by the Meteorological Agency. The radar can detect microscopic droplets of water in a manner not available to conventional radar.

The installation will take place early this year for a two-year trial. It reportedly can cover a radius of some 12.5 miles (20 km). 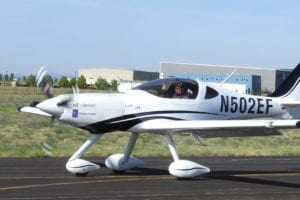 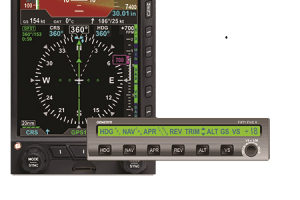