Avionics System Design: ‘Why Do the Wings Dip When I Hit Play’

Due to an odd alignment of the stars or something this month, I have recently had numerous calls and e-mails about the odd topic of personal electronic items causing "in flight" disruption, and was asked if there was any real hard information on this topic.

As far as I can discover, the "facts" in this area seem to be mainly repeated urban legends of one sort or another, with the added "you just can’t be too safe" reactions tacked on for good measure. Real data and case reports seem to be in desperately short supply.

So, I thought we might correct some misconceptions here in the next few columns with some actual tests and experiments. Anyone interested in having us test a specific item or look at a specific type of interference is welcome to contact me directly by e-mail (see end of column, page 66) while the experiments are ongoing.

To get past this very annoying lack-of-information threshold, I thought it would be very helpful to do three things:

1. Measure what (if anything) is emitted by typical "potentially offending" devices like CD players, laptops, Walkmans, cell phones, etc.

2. Look at what the potential interference mechanisms might be from an aviation viewpoint.

3. And try to reach some conclusions as to what the real threat situation might be and how a standard could be developed for items to be considered "safe" for flight.

This issue of interferences in the cabin was escalated somewhat by a recent decision in Canada to ban cell phone operation from the pump areas in gas stations, on the suggestion that they represent some kind of combustion hazard while refueling. It seems that workable physics or not, there is a clear move afoot to be suspicious of all electronics as the cause of all imagined problems, since it might be possible that they are contributing factors.

To get one issue cleared up that is different from all others, cell phone operation is prohibited in the air because of adjacent cell disruption (we covered this long ago) in the ground-based cell network. Its use is illegal in flight because of that operating restriction, beyond any interference issues with aircraft. As a result, that system has to be examined and controlled separately from any others.

Cell phones are also the only true transmitters carried by passengers (although wireless networked PDA’s and Apple laptops may add to that RF clutter any day now). They have considerable emitted energy, so should logically be prohibited in all cases while in flight, as they may potentially interfere with transponder/DME or other signals.

To start with, a few technical background issues are worth considering from the aircraft end. All avionics fitted to transport category aircraft have to meet some fairly stringent guidelines with regard to susceptibility from both coupled and radiated interference, although the level of interference is dictated by the specific TSO and DO-160 category for that item. In addition, early systems (1960s to early 1980s) were certified with rather spotty DO-160 compliance (far too many Xs in the DO-160 string), and not very aggressive environmental requirements.

Therefore, it is certainly possible to have a fully TSO’d and DO-160 compliant item, which may have had little or no real susceptibility testing performed, and which does not have to requalify under more stringent later standards. This is certainly true with early items certified under the initial TSO release, and DO-160A. This means that older aircraft may contain systems with potential issues that have never been tested.

On the flip side, newer systems, while usually meeting tougher requirements, tend to have far less metallic shielding in the airframe. Such systems are surrounded by more composite construction and seem much more susceptible to upset via interference, especially those with internal digital data transfer.

The reality may be that no aircraft enjoys any special advantage in this regard, and that the situation presented by an aircraft full of laptop users is a situation never really considered or characterized by the formulators of these interference susceptibility guidelines.

There are several possible interference mechanisms that could take place in the brave, new, digitally connected world. Unwanted emissions could be within an on-board system receiver’s actual bandwidth, resulting in loss of communication or navigation. Examples could be the marker at 75 MHz, Nav/VOR at 108-117.95 MHz, comm from 118 to 136 MHz, and so on.

Emissions could also be coupled into system wiring or components resulting in unintended operation, or could prevent intended operation. This might take the form of interfering with data or triggering a false action on a control input. More subtle, and far harder to prove or measure, is that combined emissions may mix together or with a mechanical/electronic resonance in an unexpected way to achieve one of the first two cases.

Examples of this include loose covers that resonate and re-emit from one signal to interfere with another receiver, or airborne mixing to create interfering product or difference signals. This last case is a known problem with broadcast stations and ADFs.

What is unclear is that even if measurable emissions exist, are they of any significance in terms of frequency or power level? Furthermore, can it be shown that they actually can interfere with on-board systems? Also, a big unknown is the aggregate behavior of many systems together within the aircraft.

All computer based equipment, from Gameboys to laptops, must meet FCC Part 15 guidelines for spurious emissions to be sold in the United States. These guidelines are targeted at eliminating interference in other systems, such as broadcast radios or TVs.

But to be candid, the limits are not very rigorous, and they rely on self-policing, so it is not possible to rely on this as a firm seal of compliance from an aircraft viewpoint. Furthermore, many items are sold elsewhere in the world, where Part 15 rules are not necessarily met, so this "protection" from an airline’s view, is largely elusive. Keep in mind these emissions tests are also conducted over significant distances (far field), and ignore the near field possibilities for emission, such as in the close quarters of an aircraft.

To add some spice to the mix, airlines have a somewhat quirky and inconsistent attitude about using these devices on board. On some airlines, first class passengers (closest to both the avionics bay and flight deck) even have power outlets for their laptops and connections to the on-board phone system for Net surfing and e-mailing.

Other airlines panic when a passenger brings out a CD player in flight, sending a very mixed and confusing message to flyers. It is not very clear from this range of reaction whether there is or is not a problem on an industry-wide level, although almost all airlines usually add a comment about prohibiting use during takeoff and landing. I’m not sure if this means that en route navigation failure is okay, but it is considered unacceptable when the airport is close by and in plain view.

From the offending object viewpoint, consumer items tend to be largely made in plastic housings, which have little or no real shielding capability unless specially formulated for this function. Unless coated or impregnated with shielding copper, nickel or other conductive shielding sprays or tapes, the enclosures do nothing to suppress radiated emissions. In addition, many items like laptops, Gameboys and toys also have large liquid crystal displays (LCDs). These also are good emitters and do not lend themselves to simple shielding solutions, allowing other signals to escape via their large aperture. Toys, in particular, have the least attention paid to any of these details, and may well prove to be the worst emitters as investigations proceed.

So, enough idle speculative chatter, here are some initial disturbing results we ran in our lab because curiosity had reached intolerable levels while preparing this article.

In simple tests, two high quality, "FCC compliant" items produced fairly significant emission signatures of -80 to -90 dBm (on-board receivers usually work down to at least -100 dBm) on an HP spectrum analyzer with a loosely coupled 18-inch monopole antenna laid on top of them.

The largest surprise was a simple Sony CD Discman. It had a pronounced signature in the range of approximately 20 to 50 MHz, a completely unexpected and frankly startling result. A new IBM laptop also had a broadband high energy signature over 100 MHz wide, and some interesting spikes higher in frequency. Much more importantly, the signature was function dependent, meaning that a static power-on test was worthless in determining emissions, and that (as previously explained here) software-based emissions will prove much harder to firmly test and quantify.

These answers are sufficiently disturbing to warrant further study, and we are going to do the following experiments to explore this problem on behalf of curious Avionics Magazine readers.

A simple test chamber, easily reproduced by others, will be made to reject as much ambient signal as possible, to make emission signatures more clear in an unambiguous way. A simple, fixed antenna system, again easily reproduced, will be used to make standardized measurements in all three axis lines at once within the chamber. The goal here is to try to arrive at some typical signatures and levels to try to quantify the potential problem as best we can. The idea behind the simple chamber is to provide airlines and others with a potential quick go/no-go test for suspect items in the future.

We will then try to deliberately produce interference with a typical on-board system with any of these devices, and our targets will be an AM comm and GPS system, since we can do a much better job of identifying interference there than we can elsewhere, and they represent widely separated spectrum extremes.

At this early stage, it is hard to judge the true situation, but my own desire to really know more has certainly been stimulated by a few surprising experiments. 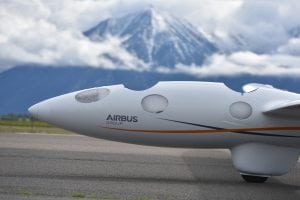