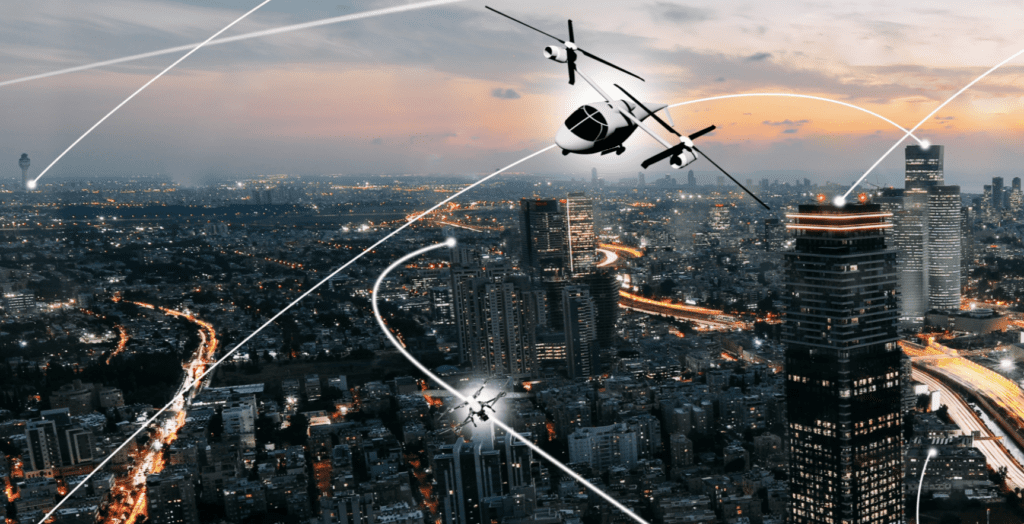 In a recent panel discussion, industry leaders discuss the requirements for safe, autonomous operations in the future ecosystem of advanced air mobility. (Photo, courtesy of NASA)

Wisk’s team is currently working on their sixth-generation aircraft, a fully electric and autonomous vehicle, according to Director of Product, Infrastructure, and Operations Erick Corona. He emphasized the importance of quiet operations in designing aircraft for the future advanced air mobility (AAM) ecosystem. “When we talk about the customer, it’s not just the flying public. It’s the communities as a whole: they are a part of the customer ecosystem, and we are delivering services to them, either directly or indirectly. This is an urban air mobility problem, period.”

In February, Wisk announced a two-year-long partnership to conduct a study on AAM operations and their economic impact, and will collaborate with the Long Beach Economic Partnership. The joint effort will analyze the economic impact and workforce development of AAM integration as well as community acceptance and outreach, the integration of autonomous advanced air mobility operations into city transportation plans, and funding opportunities with the federal and state governments.

Wisk's Erick Corona also foresees that future AAM infrastructure, and vertiports in particular, will need to be compatible with all types of VTOL aircraft. “It doesn’t make sense to have infrastructure that is unique to one aircraft,” he explained. “That would be extremely expensive and detrimental to the entire industry.”

Maxime Gariel, CTO of Xwing, remarked that a priority for enabling autonomy in the AAM ecosystem will be digitalization of air traffic control. Moving to a more digital air traffic control system will facilitate the management of AAM operations in urban airspace as various autonomous aircraft take to the skies. “That’s something that the FAA really has to drive,” added Gariel. “It’s a huge challenge for regulators to look at the amount of data that’s being produced. The more we can embed the FAA early on, the easier it will be to understand what’s happening.”

Xwing's Maxime Gariel told Avionics in an interview last year that their team works closely with the FAA to bring their technology to market. "We are running two tracks simultaneously. The first track focuses on certifying individual components of the system through supplemental type certificates. Our first STC focuses on the detect and avoid system and is currently underway. The second track focuses on optionally piloted and unmanned flights, which uses non-certified technology, but operational limitations to mitigate risk. This will allow us to perform revenue operations without requiring full certification."

At Elroy Air, the focus is on middle-mile logistics for automated cargo delivery. “It’s not just about operations in the air, but also about having robust ground operations to really reduce the impact of a cargo operation,” stated Terik Weekes, Chief Engineer at Elroy. “We are flying a fully-featured hybrid electric aircraft this year,” he added. Elroy Air recently announced a partnership agreement with FedEx Express for flight-testing Elroy's Chaparral VTOL aircraft. They plan to begin flight testing and evaluating Chaparral's potential for cargo carrying operations by next year.

A main concern in achieving future autonomy goals for advanced air mobility is establishing a mature ecosystem for suppliers, Weekes explained. “We’re dealing with relatively novel aircraft configurations. What that means is that not every company can vertically integrate and develop every single technology.” It will be important to understand the basis and the timeline for maturing those first-generation aircraft, and to have the ability to certify novel configurations and increasingly complex technology in order to release subsequent generations of aircraft.

Victor Wicklund of the FAA encourages autonomous aircraft developers to work with the organization early on, “even if you think you’re not ready for certification,” he said. “We’d like to understand your objectives and goals to help identify what needs to be done to enable that [pathway to certification].”

“We do recognize that certification alone is not enough to introduce these new concepts and aircraft into the system. We will help foster the communication with air traffic control and flight standards to help establish a path for integration. We’re there to help identify limitations that we have to make sure those standards meet regulatory needs. As far as airport and vertiport requirements, we [want to] understand everyone’s objectives and drive some of that industry collaboration. The more we can share among industry, the more successful we’ll be.” 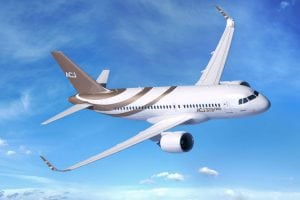