ZEV Station, a hydrogen fueling firm, is partnering with ZeroAvia to build green hydrogen refueling infrastructure at airports in California. In an announcement from ZeroAvia this week, the company announced that they signed a Memorandum of Understanding with ZEV Station and intend to collaborate in development of an initial regional airport project to prove the feasibility of hydrogen-electric propulsion systems.

ZeroAvia is the developer of a hydrogen-electric powertrain that can replace traditional engines on fixed-wing aircraft. The powertrains use hydrogen fuel to produce electricity via an electrochemical reaction that occurs within a fuel cell system. Launch of ZeroAvia’s first commercial offering is planned for 2024; they anticipate a range of 500 miles, or 300 NM, and powering aircraft with 10 to 20 seats. By 2030, ZeroAvia expects the maximum range capability to increase to 2,000 NM along with the capacity to power aircraft that seat up to 200 passengers.

ZeroAvia is set to begin flight tests in the next several weeks using the Dornier-228 testbed aircraft as part of the HyFlyer II project. The objective is to deliver a fully certified 600 kW hydrogen-electric powertrain to power aircraft of up to 19 seats. The UK Government’s Department for Business, Energy and Industry Strategy (BEIS); Aerospace Technology Institute (ATI); and Innovate UK through the ATI Programme are all supporters of this phase of ZeroAvia’s flight testing.

The Vice President of Infrastructure for ZeroAvia, Arnab Chatterjee, believes that hydrogen-electric propulsion is the only economically viable solution to reducing aviation’s impact on the environment. “There is enormous potential for airports to act as hydrogen hubs precisely because there will be significant demand,” he commented. “California leads the world in the adoption of zero-emission vehicles thanks to forward-thinking policies and deployment of infrastructure, and zero-emission flight infrastructure at airports is the next natural frontier. ZeroAvia’s partnership with ZEV Station is going to be a significant part of that journey.”

The team at ZEV Station brings extensive experience in providing gaseous hydrogen for vehicles to the partnership with ZeroAvia. ZEV is engineering a highway zero-carbon fueling station for electric and fuel cell vehicles. A “Premier” Zev Station—with both hydrogen and charging—is planned to start operation in the first part of 2023, and a charging-only test site could operational by the end of May 2022.

Jesse Schneider, CEO/CTO of ZEV Station, sees potential in the idea of creating zero-emission airports based on their findings in partnership with ZeroAvia. He described these airports as having “a large central hydrogen production at scale, an H2-Hub. This H2-Hub, with zero carbon energy, would generate a significant amount of green hydrogen on-site for both aircraft and vehicles. This could offset the need for carbon-based fuel at airports entirely, but there is a lot to be done to make this a common reality.” Zero-emission airport hubs could deliver economies of scale for production of hydrogen in addition to eliminating emissions from ground operations and other airport functions.

In December 2021, ZeroAvia announced a $35 million investment round from United Airlines and Alaska Air Group, bringing total investment in the company to $115 million. In addition to their investment, United Airlines will be able to purchase 100 engines from ZeroAvia, which could power United Express aircraft as early as 2028.

Alaska Air Group, Alaska Airlines’ parent company, has partnered with ZeroAvia since October 2021, when the two companies agreed to collaborate in developing a hydrogen-electric powertrain for a 76-seat aircraft. 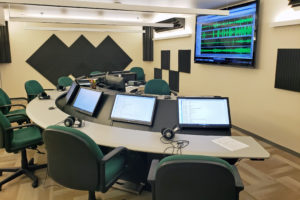 After the Accident, Part Two: The Black Box Now and Tomorrow