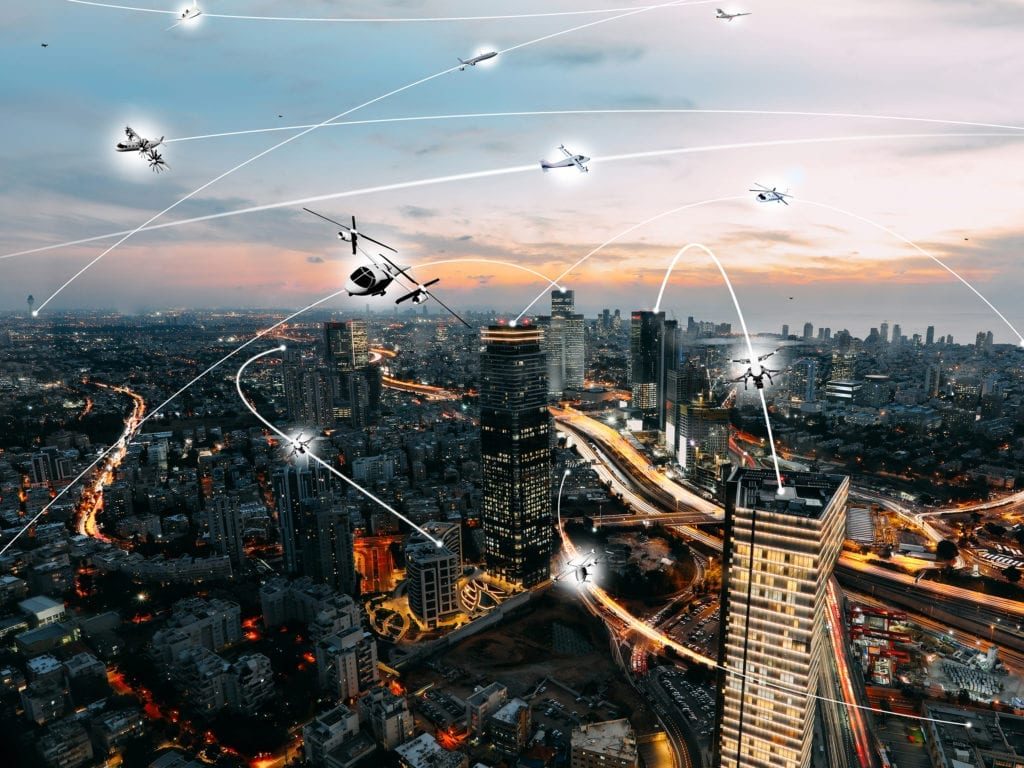 Liquid-cooled proton-exchange membrane fuel cells (PEMFCs) could be ideal for use in larger electrically powered aircraft like eVTOLs. (NASA)

The aerospace industry has proven it can utilize fuel cells for small aircraft. Now, industry experts want to integrate fuel cell technology into larger aircraft and think they can create lower emissions operations while doing so, industry experts said during a March 24 webinar.

“The approach to integrating a fuel cell into aerospace systems is well established and has been proven out,” Jim Sisco, principal systems engineer at Honeywell Aerospace, said. “There’s a strong utility has been established for the small applications, and as we've seen, there's a range of products available and the flight time improvements have been demonstrated pretty clearly. So, we get to these larger aircraft, where there's a lot of promise as well for low emission operations, we really need to focus on getting the power-weight ratio of the fuel cell plan out to meet these applications.” 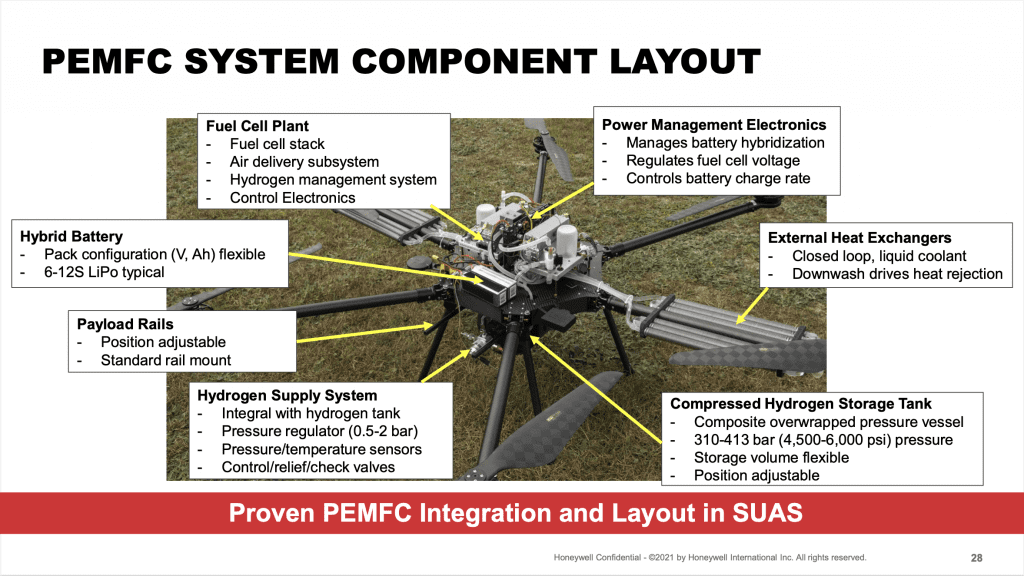 An example of a PEMFC system in a small unmanned aircraft. (A slide from Sisco's presentation)

The benefits of fuel cell technology over internal combustion include improvements in reliability and operational benefits like lowering the acoustic signature and improving throttle control, Sisco said. These benefits have resulted in the expansion of proton-exchange membrane fuel cells (PEMFC).

“As the kind of the familiarity with fuel cells increase, as well as really a lot of its being driven by future regulations and greenhouse gas emissions, there's a lot of interest now in proton exchange membrane fuel cell applications to larger aircraft, such as Skydweller, urban air mobility applications, air transport applications, package delivery,” Sisco said. “Those are larger aircraft with higher power requirements which leads to unique requirements on the fuel cell system and new challenges.”

Sisco said there are two types of PEMFC: air-cooled and liquid-cooled. Air-cooled PEMFCs use a single air mover for power and thermal management. They have a simpler balance of plant and are lighter but they derate under adverse environmental conditions, have a shorter stack service life and have limited integration flexibility. 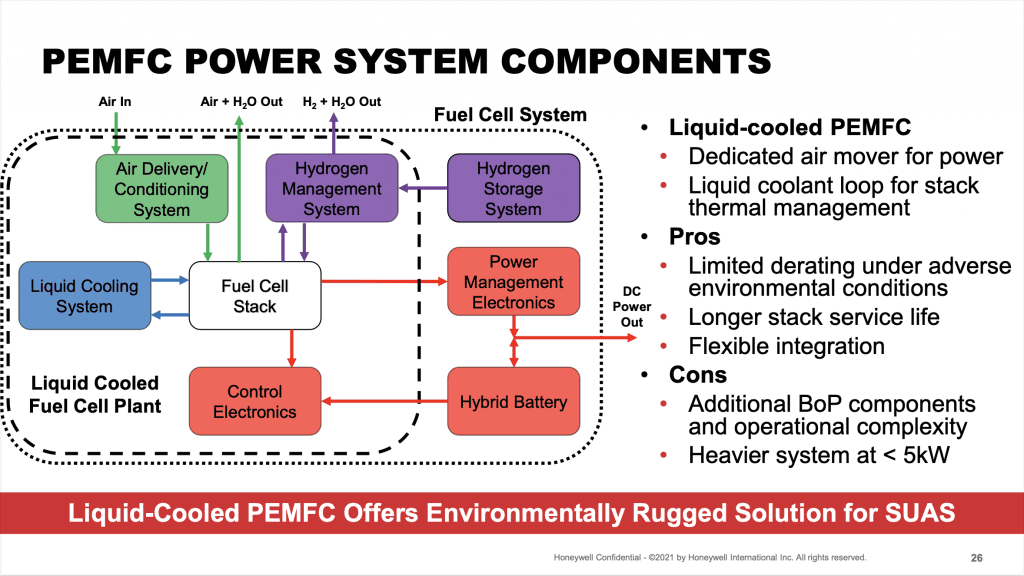 The layout of a PEMFC liquid-cooled system. (Slide from presentation)

While there are many current applications for using PEMFC in smaller aircraft, larger aircraft are going to require a low more power than the current technologies used. Sisco said because of this, these PEMFCs will have to be liquid-cooled.

Sisco said to develop a PEMFC for larger aircraft there needs to be a targeted design.

“What we think is needed to get there is really a targeted design for aerial applications,” Sisco said. “These higher power applications are really focused on cost. Life is also a big driver. It's not to say either of those things aren't important for aerospace applications, but maybe not quite as severe as the weight. It’s a huge driver for making these things viable.”

At Honeywell, they have been looking at aerospace materials and methods of construction to final a solution for PEMFC in larger aircraft. They are also looking at running at higher air pressure to create a higher compression ratio on the cathode air blower, Sisco said.

“What's really needed there is a lightweight, high-pressure ratio air compressor and Honeywell has quite a bit of expertise in that area,” Sisco said. “Related to that is higher stack temperature. Higher stack temperature means more delta between the stack and the ambient environment, that tends to reduce cooling requirements heat exchanger size. And really, the higher cathode pressure helps to enable that, but in conjunction with that, there's the membrane electrode assembly which is the core technology in the fuel cell stack. Those need to be tailored for this high-temperature environment. And again there's technology that already exists for motive applications and we need to pull that into these aerospace fuel cell systems.”