Unlike many air taxi developers, Wisk isn't initially pursuing piloted operations — a decision that is sure to delay its U.S. launch. (Wisk)

July 1 marked the one-year anniversary of Wisk, an urban air mobility company formed as a joint venture between Boeing and Kitty Hawk, though it wasn’t revealed to the public until last December.

Wisk has been steadily building a long-term vision to bring autonomous air taxis to cities across the United States and the rest of the world, beginning with the electric two-seat Cora aircraft that has flown more than 1,300 times between seven full-scale aircraft in Hollister, California and New Zealand.

The one-year-old joint venture has more than 300 personnel, concentrated mostly in California, New Zealand and Altanta, Georgia. Wisk has notched more than 120 U.S. and international patents for its 2,800-pound self-flying aircraft. Cora is capable of speeds up to 100 mph, 25 miles range plus ten minutes reserve, and is designed to operate between 1,500-5,000 feet above ground with its 12 independent lift fans and pusher-prop.

Cora is just the beginning of Wisk’s plans, CEO Gary Gysin told reporters during a call hosted by the Vertical Flight Society.

Wisk’s vision for its service is ultimately similar to what is espoused by Uber Elevate and other major UAM boosters: tackling urban congestion and opening up new options for transportation, initially for wealthier individuals, but eventually reaching a more accessible price point.

“This market will probably start with the premium flyers, ‘uber-Black’ type of customers,” Gysin said. “But our goal and why we’re doing what we’re doing — electric, self-flying, etc — is to get the cost down so that we can provide flight for everybody.”

Wisk’s path to that vision, however, has stood out from other well-funded, leading UAM companies for two reasons: two seats, and no pilot.

Most UAM developers — including Bell, Joby Aviation, Hyundai, Archer Aviation and many others — are building four-passenger air taxis intended for aerial ridesharing. Grouping passengers together is crucial to reducing the cost of service, as Blade Air Mobility has done with traditional helicopters and charter jets.

But Uber is primarily a ride-hailing business, with a small portion of its rides — and smaller portion of its revenue — garnered from ride-sharing. In 2016, the company stated in a blog post that uberPOOL accounted for 20 percent of all rides globally. That number has likely gone up, but many drivers report not all of their uberPOOL rides have more than one passenger. Uber did not immediately respond to a request for more comprehensive data.

The average vehicle occupancy rate in the United States, however, has consistently been just under 1.6 passengers per vehicle (including the driver) for the past 25 years, according to the U.S. Department of Transportation.

“Two [seats] is where we can start — and we think it’s a sweet spot in terms of demand,” said Gysin. “If you look at a lot of the market studies, some people will say 1.6 riders, some might say 2.1, but it’s kind of in that area of a two-seat vehicle. And it’s not an incredible amount of flights before we get to profitability. We think we can do that pretty quickly after launch.”

Gysin added, however, that Cora will be a “family of vehicles” and the company is “not opposed at all to larger aircraft [and] more seats," though future aircraft with more payload may mean other sensors, room for baggage, and non-seating upgrades.

So, perhaps this differentiating factor is temporary.

Gysin defends Wisk’s decision to jump straight to autonomy as offering improved safety, being easier to scale and ultimately “where UAM is headed.”

And Gysin’s answer on public acceptance is simple: people need to experience it first-hand and become accustomed to it, just like autonomous cars.

“It’ll start with people that aren’t as afraid of flying, and they will be in constant communication with the ground, so there will be that comfort level,” Gysin said. “But it’ll be a progression over time. There’s enough people, if you think of the premium passenger that urgently has to get from point A to point B, we think that’s going to be a market that people will grab onto quicker before it drops down to everyday flight for everybody.”

Wisk also intends to initially control as much of the passenger experience as possible. Through its wholly-owned operator subsidiary Wisk New Zealand, formerly known as Zephyr Airworks, current test-range employees will transition to operational crew once passenger flights begin.

“The flights there will start scheduled,” Gysin said. “It’ll be more of a curated service … the South Islands are just gorgeous, you have a lot of tourists, adventurer-sort people that’ll go on gliders, backpacking, that sort of thing. So, we’re going to curate an experience and tie things together and flight is going to be part of it. But it will start as scheduled before we go to on-demand.”

Cora has completed more than 1,300 test flights without incident. (Wisk)

Wisk will be the OEM and operator of its aircraft “for the foreseeable future,” Gysin said, to include its eventual U.S. operations.

The company is not interested in building out an app, though, and has not made a decision to participate in Uber’s ecosystem. Uber is “the type of player” Wisk would partner with, Gysin noted — meaning a company that can handle the multi-modal transit operations and the customer-facing experience — but there are other “credible people” to consider, including airlines that have expressed interest and have some common infrastructure.

“I don’t see this going forever. In time we’ll just be the OEM, but to start we want to control the experience,” Gysin said. “As we start to roll out city after city, you can imagine as this gets more mature, we’ll partner with operators.”

Gysin said his team has models for its expansion, aircraft production and operations reaching out 15 years, with congested U.S. cities acting as the company’s “North Star” but a clear understanding that U.S. regulators will not be among the first to allow autonomous air taxis into cities.

“Our target is very squarely U.S. urban cities. We’re not announcing what the launch city is yet, but we know where it’s going to be,” Gysin said, describing the city as having “horrible traffic” and a “challenging and congested area to fly in.”

“There are some things we’ll do in the interim, after New Zealand and before we’re certified to fly in the U.S., but we’re not ready to announce some of those things right now,” he added.

Gysin wouldn’t share Wisk’s targeted cost to passengers, but confirmed that dollars-per-passenger-mile is the metric his team is focused on and the price will be “significantly cheaper than a helicopter.”

As the market matures and Wisk looks to scale, the company’s relationship with Boeing may prove to be a differentiating advantage. The joint venture has a “master services agreement” with the aerospace giant, granting access to engineers, certification specialists and policy experts.

Perhaps more importantly, Wisk will be able to access Boeing’s worldwide supply chain and manufacturing ecosystem — though, as the UAM sector targets production rates closer to automotive scale than aerospace, that could be a blessing or a curse.

Wisk is also leaning heavily on partners for detect-and-avoid, software development, data links and ground control stations. Gysin said partnerships in some of these areas will be announced later this year and did not provide many details in these areas, though CTO Jim Tighe said communications isn’t an area where “huge technological leaps” are required and not a lot of bandwidth is needed for communications with ground control stations.

Airspace integration is an area of particular focus for Wisk’s straight-to-autonomous strategy, and another area where the company plans to partner rather than develop in-house products.

“Nominally, the aircraft is executing quite autonomously without operator intervention, other than hitting the ‘fly’ button,” said Tighe. “As time goes on, for our operations inside the U.S., we’ll have more of a many-to-one model where we’ll have multiple aircraft being monitored by a single ground control station. That creates its own challenge, which is why a lot of our efforts at the moment are focused on airspace integration activities.”

Wisk’s aircraft will almost certainly not be the first eVTOL making commercial passenger flights in the United States; the Federal Aviation Administration just this week released the first version of its concept of operations for unmanned aircraft integration, and Cora isn’t designed to be optionally-piloted.

Backed by the deep pockets of Larry Page and Boeing, however, Wisk has the funding and the freedom to take a long-term approach to UAM. Jumping straight to autonomous operations is a bold move, but one that could place Wisk years ahead of competitors that are ultimately taking a human-piloted detour to the same destination. 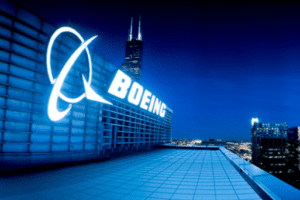