Continuing Resolutions Have Cost Billions In Inefficiency For DOD The lack of a clear budget has proven costly for all branches of the military according to their respective secretaries. Photo courtesy of Lockheed Martin

With the U.S. debt sitting over $20 trillion and the Defense Department on the Government Accountability Office’s annual "high-risk list", efficient use of money is wise.

“About $4 billion burned in a trash can,” which is how U.S. Navy Secretary Richard V. Spencer described what continuing resolutions have cost the Navy.

Spencer’s isn’t the only branch of the military that has suffered at the hands of temporary appropriations. Secretaries from the U.S. Air Force and U.S. Army also testified about the importance of consistent, predictable funding.

“We cut 30,000 people out of the Air Force, reduced (the force) by 10 fighter squadrons and (reduced) weapons systems sustainment,” said Air Force Secretary Heather Wilson. She said the defense budget sequester “did more damage to the United States Air Force and our ability to defend the nation than anything our advisories have done in the last 10 years — we did it to ourselves.”

The Air Force and Army both discussed an attempt to save money going forward by reducing their reliance on contractors. One way to do that is through additional automation.

“Right now, we have a lot of intelligence analysis, a lot of people watching full-motion video,” Wilson said. “That’s not a good use of money or time. And in that case, time is money.”

A number of Defense Department partners are working on artificial intelligence solutions for analyzing footage and data in ways that would allow a reduction of contractor reliance, at least eventually.

However, as long as there is no long-term budget, an inability to plan for the future will breed costly inefficiency. 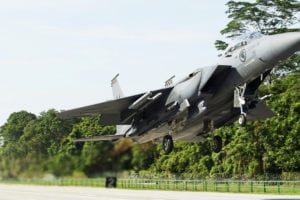 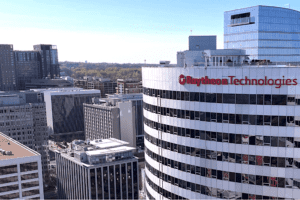