A strong 2017 and private equity investment pushed private aviation company VistaJet’s value over $2.5 billion, making it tied for the fourth most well-funded startup in Europe. The company reported growth in flight hours in the U.S. and Asia and a 50% year-over-year increase in customers of its membership program in the Middle East, buoyed by the United Arab Emirates accounting for more than a quarter of all VistaJet’s flights and a third of its flight hours in the region.

VistaJet attributes some of its current growth to rising flight times and an accompanying increase in demand for larger aircraft with additional services and luxuries as opposed to Spartan efficiency.

Owing in part to the tech sector, VistaJet claimed a 49% year-over-year increase in U.S. flights. Europe, meanwhile, continues to be a major driver for the company. The region accounts for 41% of VistaJet’s hours flown during 2017, a leading 26 points of which were supplied by the UK.

Coming off such a strong year and flush with new capital, Founder and Chairman Thomas Flohr expressed optimism about VistaJet’s 2018, saying the company is aiming for the top spot in every market in which it competes. 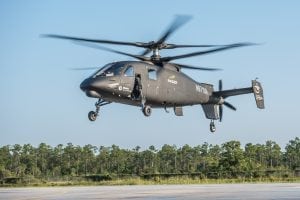