[Avionics Today 09-14-2015] Speaking at the Directors General meeting (DGCA/64) during the 2015 European Civil Aviation Conference (ECAC), in Bodrum, Turkey, Frank Brenner, director general of Eurocontrol, spoke to the progress European airlines and Air Traffic Management (ATM) in the region have seen in the last year, as well as some challenges that still lay ahead. Here, Avionics Magazine pinpoints the four biggest areas of interest surrounding ATM across European airspace.


Air traffic is on the rise
“Traffic is starting to grow again across Europe as a whole and we are now nearly back to the peak levels before the economic crisis,” Brenner noted optimistically.

According to a statement on Eurocontrol’s website regarding the region’s latest monthly figures, eight European airlines recorded a profit of more than $2 billion in the second quarter of 2015 — a 31 percent increase when compared to the same quarter last year. Alongside increasing air traffic, Eurocontrol states that oil prices, which are at a six-year low at just over $48 a barrel, are helping boost operating margins.

Delays are also on the rise
According to Eurocontrol, 49 percent of flights were delayed by more than five minutes on departure in July 2015 and airline delay rose 51 percent when compared to July 2014. The main cause, according to the organization, was airport operations.

“The [European Union] EU performance target of 0.5 minutes for en-route [Air Traffic Flow Management] ATFM delay is, as we know already from 2014, a very challenging target. Once again we are faced with the situation in Europe of not having the necessary capacity to reach the target,” said Brenner, speaking to the goals for the yearly network en-route delays per flight. “The current projection is for 0.66 minutes [for en-route ATFM delay per flight] — about the same level as in 2014. And, again, we have found that industrial action has played a large part in this overrun; already this year there have been over 450,000 minutes of delay attributed to industrial action.”

Industrial action, however, is only part of the story, according to Brenner, with some parts of Europe’s ATM network struggling to cope with tight budgetary constraints as demand rises.

“The great bottlenecks are still Cyprus and Greece. We are doing what we can to strategically support the government on concepts of how separate [Air Navigation Service Provider] ANSP organizations could be set up and also on tactical measures to reduce delays,” Brenner said. Eurocontrol’s internal goal is to reduce Air Traffic Flow Capacity Management (ATFCM) delays by 10 percent in areas where there is an imbalance of capacity and traffic, through actions such as rerouting.

Free Route Airspace is expanding (where it can)
The Free Route Airspace (FRA) initiative, which aims to provide a seamless and integrated airspace across the whole of Northern Europe is making progress, “not just within states but also on cross-border Free Routes Airspace,” noted Brenner. The initiative looks to connect the various FRAs through collaborating ANSPs to create a single, substantial ANSP from the eastern boundary of the North Atlantic to the western boundary of Russian airspace.

This will allow all forms of aviation — although mainly air transport and business aviation operators — to take advantage of the most timely route available, as opposed to the pre-defined routes they currently fly, saving money and upping fuel efficiency. To further this initiative, earlier this year, the National Supervisory Authorities (NSAs) responsible for regulating civil aviation in nine North European states announced support for a group of nine Northern European ANSPs, known as the Borealis Alliance, to implement FRA across the Northern Europe by 2020.

“But — and it’s a big but — there is only so much progress that is possible on this front, not least because we are constrained by the availability of airspace, in particular over conflict zones,” said Brenner. “We are seeing that the choice of routes is more limited than in the past, particularly on long-haul flights across south east Europe. That puts particular ANSPs under a lot of strain and it also means that the resilience of the network is significantly reduced. When there is a disruption, whether it’s weather or industrial action or something else, then both delays and route extensions can rise rapidly.”

Going forward, Brenner said Eurocontrol will continue to work with conflict zones, such as Ukraine, alongside the International Civil Aviation Organization (ICAO) to limit delays and obstructions to the expansion of free route airspace initiatives.

PENS is making progress
Eurocontrol has been working to develop centralized services to the successor of the Pan European Network Service (PENS), CS8, since 2014. When implemented, CS8 looks to be a centralized service to modernize ground and ATM communications in Europe by providing a secure and cost-effective means for connectivity services using Internet Protocol (IP) technologies for all ATM stakeholders. Ultimately, CS8 aims to replace the entire legacy cross-border connectivity required to deliver ATM services with the crossover to the new system planned for 2018. On this front, Brenner reports “significant progress” since the initiative was passed on to the organization last year.

“As well as producing the concepts of operations, the cost benefit analyses and the calls for interest, we have now published eight calls for tenders, with five more planned to be published by the end of the year,” said Brenner. Eurocontrol has also restarted discussions regarding the data communications service, CS9, which were interrupted in January of this year.

“There is a real need to move ahead on developing a successor for PENS [CS8] as the current contract runs out in less than three years’ time. The situation right now is that we are working on a revised version of the Common Procurement Agreement [CPA],” said Brenner. The CPA will be ready this month and Eurocontrol is encouraging ANSPs in the region to take part in the discussions and help move the system forward. 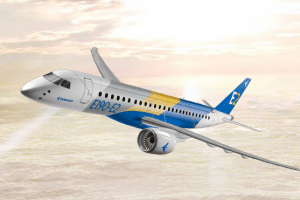