[Avionics Today 08-26-2015] The FAA is targeting a December 2015 publication date for a national Time Based Flow Management (TBFM) policy to support the expansion of Performance Based Navigation (PBN) flight operations throughout the National Airspace System (NAS). FAA officials released this targeted publication date in response to a report published by the Department of Transportation (DOT) Office of the Inspector General (OIG) issuing recommendations on how the agency can resolve problems plaguing the use of the TBFM NextGen decision support tool for facilitating more PBN operations. Air traffic control tower at Washington Dulles International Airport. Photo: MWAA.
TBFM is described by the FAA as a time-based air traffic metering automation tool that expands on the legacy Traffic Management Advisor (TMA) system to optimize the use of PBN operations at high altitude. Lockheed Martin — in partnership with Metron Aviation and Sensis — developed the technology under an initial $202 million, five-year contract with the FAA in 2010. The FAA began initial deployment of TBFM at all 20 en route Air Traffic Control (ATC) centers in mid-2013 and completed deployment in June 2014.
Related: Avionics for NextGen
According to the OIG report, the FAA needs to improve the implementation of TBFM, and especially focus on deploying a key tool that would help to optimize PBN operations near airports. Primarily, the report states that the use of TBFM has been inadequate due to a lack of a national program vision stating that operators need a unified direction and connectivity to PBN, standardized operating policies and procedures, as well as clear guidance on when to use the system. Additionally, the report states that the agency lacks metrics or tracking tools to gather data to measure the potential benefits that can be derived from using TBFM.
OIG conducted an audit of the implementation of TBFM between July 2014 and July 2015, which included interviews with FAA program officials, NASA air traffic system developers and visits to seven of the 20 en route centers and seven of the 34 Terminal Radar Approach Control facilities (TRACONS) that have deployed TBFM. Visits to the ATC centers resulted in the discovery of two key technical problems: unreliability of TBFM's generated delay times and the inability to use TBFM during adverse weather.
Controllers told OIG's researchers that the delay countdown timer used to provide guidance to controllers on how much delay an aircraft must absorb to meet its scheduled arrival time is erratic and often fluctuates. Secondly, controllers and FAA managers also said that during adverse weather conditions the automation is either turned off or ignored because it lacks accuracy.
Another key finding is that the current sporadic usage of TBFM is primarily beneficial only for managing high altitude PBN procedures. More advanced PBN procedures, such as Required Navigation Performance (RNP), enable more efficient approaches to runways, including curved paths.
"Without an automated decision support tool for use in terminal airspace, 17 controllers cannot effectively manage some aircraft arriving on straight-in approaches and others on curved PBN procedures. In addition, any efficiencies gained for PBN smoother descents at high altitude can be lost once aircraft enter the terminal airspace, as they will be forced to use costly level-offs," Matthew Hampton, assistant inspector general for aviation audits writes in the report.
Currently, the FAA is developing a new tool, Terminal Spacing and Sequencing (TSS), to extend the capabilities of TBFM into terminal airspace or the area encompassing about 60 miles around the arrival airport. The agency plans to deploy TSS in early 2019.
Additionally, the traffic management coordinators, controllers and automation support staff that met with OIG also noted that they need more training on the use of TBFM because it represents a significant change in how they manage aircraft flight operations. In a memo responding to the report, FAA Director of the Office of Audit and Evaluation (AAE) H. Clayton Foushee stated that during the course of the audit deployed new TBFM training prioritizing PBN usage.
"To date, over 4,300 controllers have received the training. More than 80 traffic management coordinators have received a new comprehensive seven-day training course for the daily operation of the system," said Foushee.

He also said the FAA is working on the technical issues associated with the performance and reliability of TBFM, and plans to develop a "set of national procedures including roles and responsibilities, coordination between facilities and a strong policy for the use of the tool to support PBN with a target publication date of Dec. 10, 2015."

To learn more about TBFM and other NextGen initiatives, check out our upcoming Avionics for NextGen conference. 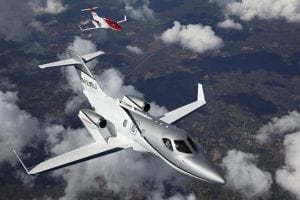 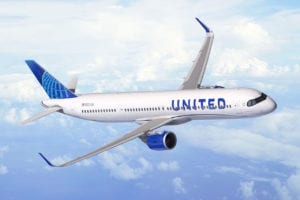