FAA’s rules regulating the use of personal electronic devices (PED) on commercial aircraft are expected to change by 2014, as a federal advisory panel is expected to release recommendations for easing the regulations.

An Aviation Rulemaking Committee (ARC) consisting of PED manufacturers and trade associations, pilot and flight attendant groups, airline operators and associations and aircraft manufacturers met in late September to complete recommendations to submit to FAA to alter its rules regulating the in-flight use of PEDs. Currently the agency requires passengers to turn off all devices during takeoffs and landings; that rule is likely to be changed to allow the use of Wi-Fi, while still prohibiting sending or receiving emails and text messages below 10,000 feet to prevent interference with critical aircraft systems.

The ARC’s recommendations are due later this year for changes that will likely go into effect in 2014. FAA has come under scrutiny over the last year from lawmakers and trade associations that have said its ban on PEDs below 10,000 feet is unjustified, especially with pilots increasingly using tablet devices in the cockpit, and the fact that many passengers never turn off their devices at any time during the flight which has not produced reports of interference. In 2012, FAA updated its guidance for approving airlines to allow pilots to use electronic flight bags (EFB) in the cockpit, requiring that they demonstrate that the device does not interfere with an aircraft’s electronic systems.

A study released this year by the Airline Passenger Experience Association and the Consumer Electronics Association found about 30 percent of passengers said they had left a device on during takeoff or landing.

“The FAA recognizes consumers are intensely interested in the use of personal electronics aboard aircraft, and that is why we tasked a government-industry group to examine the safety issues and the feasibility of changing the current restrictions.... We will wait for the group to finish its work before we determine next steps,” FAA said in a statement to Avionics Magazine.

Sen. Claire McCaskill (D-Mo.), who has been critical of FAA’s PED policy, in August wrote a letter to FAA Administrator Michael Huerta urging the ARC to finish its recommendations as quickly as possible. The ARC was originally supposed to submit its recommendations in July, but requested more time to further consider technological standards associated with the use of PEDs during any phase of flight.

“Given the technological advancement of both PEDs and critical air navigation and flight control systems since the rules were put in place, updated protocols for safe use of PEDs on board commercial flights are long overdue,” said McCaskill.

Another factor that further complicates the ARC’s rulemaking process is airline’s mixed fleet of older and new aircraft; older airplanes are more susceptible to interference. Modern passenger aircraft feature digital cockpit displays, fly-by-wire controls and flight management systems that are certified to withstand interference. However, even those aircraft use systems, such as global positioning, traffic collision avoidance and weather tracking that rely on ground or satellite signals that are susceptible to interference from PEDs. When installing Wi-Fi routers for in-cabin use, FAA requires a Supplemental Type Certification (STC) specific to an aircraft’s make and model to ensure onboard avionics systems are shielded from potential interference.

Not up for consideration is the use of cell phones during flight because Federal Communications Commissions (FCC) regulations prohibit airborne calls using cell phones. — Woodrow Bellamy III

The acquisition will help expand Astronics into the production of fuselage and tail-mounted antenna systems that enable satellite and ground-based communication for commercial and military aircraft. Nashua, N.H.-based AeroSat is currently working on getting several antenna systems certified by FAA for use with Gogo’s in-flight connectivity platform.

AeroSat President Dennis Ferguson will continue to run operations for the company.

“We have long been involved in helping aircraft passengers remain productive by powering their electronics devices. Now, with AeroSat, we also provide antenna systems that enable broadband connectivity. We believe AeroSat’s capabilities fit in well with our vision for the future,” said Peter J. Gunderman, CEO of Astronics.

The university signed a memorandum of agreement with FAA on Aug. 29, under which K-State Salina will use its own unmanned aircraft to begin validating industry standards for small UAS, which are those unmanned aircraft that weigh 55 pounds or less. The standards will help the agency determine the airworthiness of small UAS.

“This project is of national importance in that this could well be the first small UAS to obtain an FAA airworthiness certificate for routine operations in our national airspace system here in the lower 48,” said Kurt Barnhart, professor and head of the department of aviation and executive director of the university’s Applied Aviation Research Center at K-State Salina.

Barnhart said the airworthiness certificate will likely be developed as a “restricted” certification similar to those issued for agricultural aircraft, “meaning that these vehicles would be restricted from operating above certain locations.”

The agreement is the first of its kind between FAA and a university, and should help both FAA and the unmanned systems industry to determine how standards for small UAS need to be further developed.

The $25 million order was placed with General Dynamics C4 Systems, the company which produces the CM-300/350 UHF and VHF air traffic radios and training materials. This is the first production order for the radios following a $10 million initial award issued to General Dynamics in April 2012 as part of the FAA’s Next Generation Air-Ground Communications Segment 2 program.

The NEXCOM program is the agency’s initiative to replace its analog air traffic communications system with a Very High Frequency (VHF) Digital Link Mode 3 (VDL3) system that provides increased channel capacity with the capability to transmit both voice and data communications.

In September, FAA completed the first phase of testing for the new ATC radios, and began the second phase of testing, placing 90 of the CM 300/350 radios in air traffic facilities located in New Jersey, Florida and Oklahoma to evaluate the performance of the radios within live operational environments.

Embraer selected Thales to supply its TSC 2030 and TSC 2050 transponders to a total of 48 aircraft operated by the Brazilian Air Force.

Ã¢Å¾Â¤ The U.S. Army is upgrading its fleet of RQ-11B Raven unmanned aircraft systems (UAS) through a new $20 million order for Mantis i23 gimbaled sensor payloads from AeroVironment.

The Mantis i23 upgrade will allow the Army’s Raven operators to pan, tilt and zoom with uninterrupted video imagery for reconnaissance, surveillance and target acquisition missions. Delivery of the new payload enhanced Ravens aircraft is scheduled within 12 months, according to AeroVironment.

Most Raven systems used by the Army consist of three aircraft, two ground control stations and spares, which are typically used to provide “over the hill” reconnaissance for tactical units.

Ã¢Å¾Â¤ General Dynamics (GD) has received a $12 million task order from FAA to provide support to the agency’s NextGen Integration and Evaluation Capability (NIEC) under the System Engineering 2020 program.

The System Engineering 2020 program is a 10-year contract award issued to GD in 2010 for NextGen research, with a potential value of $1.2 billion if all options are exercised. Funding is provided through individual task orders, such as the $12 million award issued to GD, to provide engineering, operations, software design and development, infrastructure and administrative support to NIEC’s laboratory located at the William J. Hughes Technical Center at the Atlantic City (N.J.) International Airport.

In addition to the latest task order, the General Dynamics team has been tasked with performing mission-analysis for air traffic management automation, avionics systems operations and maintenance and cost-benefit analysis.

Ã¢Å¾Â¤ CAE announced new orders for its full-flight simulators and flight training devices, totaling $48 million, from operators and airlines in Africa and China.

The Canadian manufacturer will provide a Boeing 787 simulator for Ethiopian Airlines, a Sikorsky S-92 simulator for the Zhuhai Flight Training Center in China and and two other simulators to an undisclosed African operators.

Lockheed Martin won a $98.4 million firm-fixed-price indefinite-delivery contract to supply up to 50 AN/APS-153(V)1 automatic radar periscope multimode radar kits for the U.S. Navy's fleet of MH-60Rs. Delivery is expected in 2016.

Separately, Lockheed was awarded a $67.3 million contract to supply common cockpits and mission avionics for the Danish military fleet of nine MH-60Rs. The contract was distributed under the foreign military sales program, with delivery by 2018. 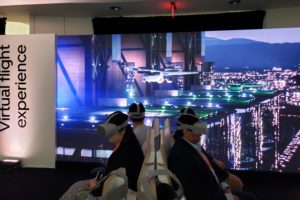 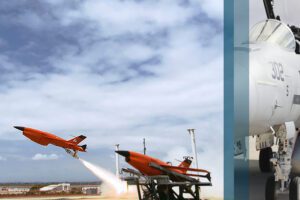