The volume of monitoring required on most flights has increased with the growing sophistication of the avionics, Dismukes said. Ironically, these systems rarely break down, making monitoring of them more difficult, he added. Pilots can be lulled into a false sense of security or become fixated on one of the screens.

Dismukes’ recommendations come from a 2010 NASA Jumpseat Observation Study he co-authored of 60 revenue flights at three airlines flying six aircraft types. “Problems with checklist use and pilots’ failures to monitor adequately have a long history in aviation accidents,” the study stated.

The study covered a range of tasks, deviations and circumstances during flight. Among the instances of not monitoring aircraft position, the study recorded 14 instances where one or both pilots didn’t monitor level-off altitude, and five times where the flight crew failed or were late at resetting the altimeter at 18,000 ft. In five of nine unstabilized approaches, the monitoring pilot made no callouts.

In his presentation at the July ALPA conference, Robert L. Sumwalt, vice chairman of the National Transportation Safety Board (NTSB), said inadequate crew monitoring “was a factor in 31 of 37 (84 percent) reviewed accidents.”

Seventy-six of the monitoring/challenging errors involved failure to catch something that was “causal to the accident,” Sumwalt said.

The failure of the crew to monitor and cross check flight instruments was deemed by NTSB to be the probable cause of the Nov. 22, 2004 crash of a Gulfstream G 3 business jet landing at Houston.

There are other examples NTSB gives, which seems to indicate a need for additional avionics training, particularly the monitoring of the systems.

On Feb. 16, 2005, a Cessna Citation 560 crashed on approach to Pueblo, Colo. NTSB stated the probable cause as the flight crew’s failure to “effectively monitor and maintain airspeed and comply with deice boot activation on the approach.”

Monitoring errors were also factors of the well-documented Feb 12, 2009 crash of Colgan Air (Continental Connection) Flight 3407 on approach into Buffalo, N.Y. This accident help to lead to calls for more stringent requirements for pilot training.

And then there is the July 6, 2013 crash landing of Asiana Flight 214, which has brought the issue forward once again. NTSB investigators appear to have laid the blame squarely on the pilots, but there are noteworthy factors emerging that might have contributed to the accident, including the apparent lack of cockpit resource management and communication between the two pilots. NTSB is not expected to release official cause of the accident for months, but a recommendation for additional training of these systems could be a part of the report, experts say.

Several airlines turned down this magazine’s request to talk about the need to enhance avionics training for pilots. Additionally, Boeing’s Flight Training & Flight Services is declining all interviews “around training, flight deck systems and safety while there is an ongoing accident investigation” of one its planes.

Even CAE, a major manufacturer of civil full flight simulators and provider of training services, declined to be interviewed about upgrading avionics training. CAE said it was its policy “to not participate in interviews on OEM-approved training programs.”

Avionics Magazine did talk with several industry experts, who indicated this issue would not move to the back burner once this investigation of the Asiana accident is completed.

“If you read the reports from the civil aviation agencies, there have been multiple aircraft incidents in the last 12 to18 months where the principle of pilot-in-control and pilot-monitoring have not been up to aviation standards,” said David White, chief scientist L-3 Link Simulation and Training, U.K. L-3 Link Simulation & Training, a division of L-3 Communications, provides military aircrew training systems, flight simulators and maintenance trainers. “Perhaps the time has come for our industry to renew the focus on training CRM and re-emphasize the need for regular instrument scanning.”

Once the need to improve avionics training is accepted, trainers must grapple with how best to enhance avionics instruction at the initial training and recurrent stages.

“We hear both ends of the spectrum,” said Greg McGowan, senior vice president operations, FlightSafety International (FSI). “On one end, we hear, ‘we need to spend more time with advanced avionics training.’ On the other, we hear ‘our guys need to hand fly more approaches.’”

Most of the comments to which McGowan referred come from operators and pilots of business aircraft. FSI also trains regional airline pilots.

“My personal view is that it is not a hand flown versus automation problem,” he said. “It is a transition problem, from one mode of automation to the other.”

McGowan said there are four commonly accepted levels of automation, from Level 1 when the aircraft is completely hand flown to Level 4 when the aircraft is fully automated with vnav, autopilot and auto-throttles engaged. Problems come mainly from when the pilots disengage Level 4 and revert to Level 1. More training in this area would help, he said.

Fifty percent to 65 percent of the time spent training in the simulator is devoted to managing advanced avionics in one form or another, McGowan said. Pilot flying the simulator in initial training is 12 hours. Recurrent simulator flight time is six hours.

“It is more difficult to train for abnormal situations on laptop-based, lower level avionics trainers, especially if the abnormal situation is a result of multiple failures, requires multi-crew cooperation and requires access to several cockpit instruments simultaneously to complete the non-normal procedure,” said Mitesh Patel, head of L-3 Link Simulation and Training Product Group, U.K. “There is simply not enough display area on a laptop screen to allow this to be done effectively.”

Patel said the most efficient and cost effective way to train on avionics systems is to have “two big screens on a desktop at the training center rather than a small laptop away from the center.”

Is the message to enhance avionics training for pilots prompting action by airlines and business aircraft operators? “Not very quickly,” said Tom Lloyd, head of publications and training support products for Rockwell Collins. “Although some training providers are adding additional avionics training, it is normally optional, not required. We’re still seeing the effect of competition related cost measures, where most customers are buying the minimum training necessary to get certified. It is a major barrier to change.”

Rockwell Collins serves in an advisory role on avionics training for aircraft manufacturers and training houses. There are occasions where it provides direct, supplemental training for customers as part of the customer service agreement. The training takes place at recognized training houses, such as Flight Safety International and CAE.

Practice, practice, practice is the message Lloyd and other experts advise, even if no regulatory mandate comes or airlines or aircraft operators do not initiate better avionics training for their pilots. Avionics makers continue to make it easier for pilots to use the ever-advancing avionics systems. “But when you go from having 30 switches in a cockpit to 10 buttons and a touch screen, there is training that must happen to be proficient,” said Lloyd.

Avionics manufacturers have long served as technical advisors to training houses, but do not typically get directly involved in the training. Nor do they help develop the syllabus for a training program. They do, however, try and provide the larger training houses with the same avionics software for the fixed training devices (FTD) or full-flight simulators (FFS) that is in the actual aircraft.

Avionics makers provide software replications of key aircraft systems, such as flight guidance and flight management, synthetic vision, head-up guidance and other key systems to simulator makers for FFSs and classroom training devices with the same level of fidelity.

But OEMs often are reluctant to share proprietary avionics software data aboard their aircraft with training houses, which limits the effectiveness of a “seamless” training program, and could conceivably induce negative learning on lower level training devices.

Honeywell Aerospace serves as technical advisor to training houses and customers. Some of the technical advice can work its way into an advanced avionics training program. For instance, Honeywell provides technical guidance on its newer radar systems, such as the RDR-4000 being installed on commercial and military aircraft, according to Jeffrey Holt, manager of pilot training, Customer and Product Support, Flight Technical Services at Honeywell Aerospace. China Airlines and TransAsia Airways are RDR-4000 customers.

Some industry experts believe nothing meaningful will be done until FAA mandates enhanced avionics training for all professional pilots of fixed and rotary wing aircraft. At present, FAA is fine-tuning the final rule that will, among other requirements, mandate more stringent training standards for becoming professional pilots. The rule could be the appropriate vehicle to mandate better avionics training. Or FAA could issue a separate Notice for Proposed Rulemaking, then a final rule, mandating more avionics training.

“We are still in the process of finalizing the requirements of the Part 121 N&O final rule. The interaction of flight crews with cockpit automation is an important issue for both the Commercial Aviation Safety Team and the Performance-Based Operations Aviation Rulemaking Committee (ARC), and we expect a report from one of the ARC’s working groups soon,” the agency said in a statement.

In July, with the goal of increasing safety, FAA said it is increasing the qualification requirements for first officers who fly for U.S. passenger and cargo airlines, requiring first officers to hold an Airline Transport Pilot (ATP) certificate, requiring 1,500 hours total time as a pilot. Previously, first officers were required to have only a commercial pilot certificate, which requires 250 hours of flight time. “The rule gives first officers a stronger foundation of aeronautical knowledge and experience before they fly for an air carrier,” said FAA Administrator Michael Huerta. “With this rule and our efforts to address pilot fatigue — both initiatives championed by the families of Colgan flight 3407 — we’re making a safe system even safer.” 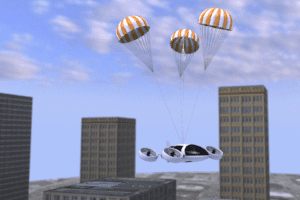