Teledyne Controls returned to the Paris Air Show in 2013 after a 10-year absence with a big presence, announcing a series of new products and contracts with international customers.

The company signed a Technical Services Agreement (TSA) with Boeing to certify its Terminal Cellular System (TCS) on the Boeing 787. This will give operators an option for effectively providing each aircraft with an IP connection to speed the flow of flight data to the airline once the aircraft is on the ground.

Data transferred by the TCS will include the downlink of continuous Flight Operations Quality Assurance and maintenance data, the uplink of Loadable Software Application Parts (LSAP) such as the monthly navigation database updates, support for Electronic Flight Bag applications, and the transfer of more than 100 types of reports generated by the engine and other on-board systems.

The TCS is a derivative of Teledyne's Aircraft Wireless LAN Unit product, which was recently certified for line-fit installation on the Boeing 777, and which is contracted to be certified on the 747 and 737 in the near future. The Teledyne TCS is scheduled to be introduced for the 787-8 and 787-9 aircraft in mid-2014.

"With the TCS and Teledyne's Aircraft Wireless LAN Unit, airlines can enjoy the benefits of a common supplier and a near common hardware platform, providing cellular capability for their entire Boeing fleet of 737, 777, 747 and 787 aircraft," says Larry Levine, vice president of marketing and sales at Teledyne Controls.

Additionally, the company is deploying its enhanced data loader (eADL) technology on the new Boeing 737NG fleet being delivered to Norwegian Air Shuttle ASA. Senior executives at Norwegian say having the equipment installed on a fleet of 42 737NGs translates into a savings of approximately $11,700 per month.

According to Teledyne, its eADL simplifies the distribution, onboard storage and management of loadable software applications and databases. In a single action, software parts can be quickly uploaded to the eADL with a single USB memory stick, alleviating repetitive manual methods. The distribution process can be automated even further with Teledyne's Wireless GroundLink Data Loading (WGL-Dataloading) system, according to the company.

Other Teledyne announcements at the show include:

-- The company's Wireless GroundLink Comm+ achieved certification to be retrofitted to all major commercial aircraft types. The system automates and accelerates the data exchange between aircraft and ground systems using 3G/4G, allowing larger volumes of data to be transferred more quickly than previous Wireless GroundLink Quick Access Recorder (WQAR) solutions. The system can now be installed on the Boeing 737, 747, 757, 767, 777 and MD-80 aircraft, and the Airbus A318/A319/A320/A321, A330 and A340 aircraft to deliver improvements in operational and flight safety performance.

Levine said the company is "dipping its toes" into the cabin connectivity market, exploring ways the company's data transfer infrastructure could be used as part of a system integrator's system. 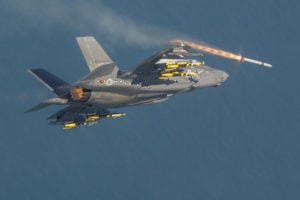 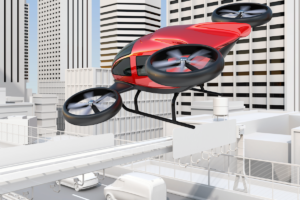