Rockwell Collins appointed Robert K. Ortberg as the company’s president. He joins Clayton M. Jones, who continues as chairman and CEO, in the newly formed Office of the Chief Executive.

International Communications Group (ICG), based in Newport News, Va., is expanding its workforce.

Davert Leong has been hired as an electrical engineer. Leong joined ICG after five years of service in the U.S. Army and with the California Army National Guard.

David Casey was appointed lead embedded software engineer. Casey brings experience in systems and software development associated with GPS receivers, flight controls and multifunction displays. He spent 15 years with Rockwell Collins, and previously worked at Honeywell, the Department of the Army and GE.

Additionally, Debbie Glass has been added as a technical writer. Glass joined ICG from Avidyne Corp., where she wrote installation and maintenance manuals for primary/multi-function flight display units. Previously, she worked for Rockwell International and United Space Alliance.

Levine comes to Teledyne Controls with more than 30 years in the aviation industry and solid experience in sales and marketing. Prior to joining Teledyne, he was with Boeing in the Commercial Aviation Services organization for more than 13 years. Previously, he also worked with Decrane Aircraft Holdings, Litton Aero Products and Lockheed Martin.

Darby Shields, the former vice president of sales and marketing, is now in charge of a new Business Development and Program organization at Teledyne Controls focused on e-enabled solutions.

Gerry Block, president and CEO of Sandel Avionics, has been appointed to the General Aviation Manufacture Association (GAMA) board. GAMA is an international trade association representing more than 75 of the world’s leading manufacturers of general aviation airplanes and rotorcraft, engines, avionics, components and related services.

George Novak has joined the Aerospace Industries Association as assistant vice president of civil aviation. Most recently, Novak was director of safety, borders and security with InterVISTAS Consulting. While at the firm he also worked on regulatory and compliance issues, aircraft certification strategies and on international policy issues involved with FAA, EU and ICAO standards.

Novak began his professional career in 1983 as an attorney with FAA. Subsequently he worked as a consultant on a variety of U.S. and international legal and regulatory issues for manufacturers, air carriers, airports and civil aviation authorities.

Bullis began his career with Universal Avionics in 1998 in the position of avionics technician, later moving into his most recent position as field service engineer.

Byrnes was most recently vice president, sales and new business development at Gulfstream Aerospace. At West Star, he will be responsible for generating the maintenance and modification sales.

In his new position, Brainard’s primary responsibility will be the development of new business for West Star. This includes the aircraft dealer and aircraft broker network, managed fleet and fractional groups, as well as bankers and financial groups associated with the leasing and financing of business aircraft. 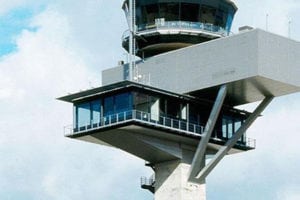