FAA’s multi-billion dollar air transportation system modernization initiative could face severe delays and possible budget cuts as a result of sequestration, according to a report from the Aerospace Industries Association (AIA).

The report, which included a 20-year analysis of the economic impact of sequestration, predicted FAA’s $15.9 billion budget would be reduced by $1 billion annually over the next nine years as a result of sequestration.
The study predicted those cuts would delay the highly anticipated NextGen program.

“We are here today because our air transportation system, the envy of the world, is about to fall victim to a political meat cleaver called sequestration,” former Transportation Secretary Norman Mineta said to the crowd of aviation executives and media in Washington D.C. on Monday.

“We must have an appropriate bi-partisan solution in the very near term, because the consequences are being felt right now,” said AIA President and CEO Marion Blakey. “When they come into full play in January, it really will be something that for our aviation community, for our economy, for our country as a whole that is absolutely unconscionable.”

FAA’s budget request for FY 2013 is $15.2 billion, and under the automatic spending cuts from sequestration, the agency’s top officials will have to decide how to reduce its budget by $1 billion per year for the next nine years to help the government cut a total of $1.2 trillion from federal expenditures through 2022.

“The economic engine that’s air transportation, the sector that for decades has propelled our nation’s GDP will sputter and stall. I don’t like it, but you can count on it if sequestration goes through,” Blakey said.

The study released Monday said that the reduction in NextGen-related spending is unlikely if sequestration goes through as planned, but no matter what happens the annual spending cuts will result in widespread job loss and a reduction in the nation’s ability to efficiently run its air transportation system.

Monday’s study, prepared for AIA by Econsult, compared “two illustrative scenarios” that could result from sequestration.

Under this scenario, the budget reductions would primarily impact federal spending on research and development for the air transportation system, which would delay the full-scale implementation of NextGen until 2035 and lead to an annual job loss of 700,000 aviation jobs beginning in 2021.

The economic impact under this approach assumes a “capacity-constrained civil aviation system” and is predicted to lead to economic losses of up to $40 billion beginning in 2021, the last year of the nine-year spending reduction imposed on the government’s aviation sector spending by sequestration.

Another scenario predicted the budget reductions would be proportionately distributed across all of the goods and services that the federal government funds for maintaining the nation’s air transportation system, including operations, facilities and equipment, research, engineering and development and the implementation of NextGen.

Under these terms the study said the proportional cuts would lead to up to reductions of 5 to 10 percent to “passenger enplanements” and 1 to 2 percent reduction in aircraft manufacturing that would ultimately lead to combined net job losses of more than 130,000 jobs annually.

This scenario would cause losses in output to the U.S. economy of $9 billion to $18 billion with an up to $5.4 billion loss in personal earnings for aviation workers annually during the nine-year sequestration period.

According to the study, the loss in tax revenue for federal and state governments could be between $500 million and $1 billion annually. 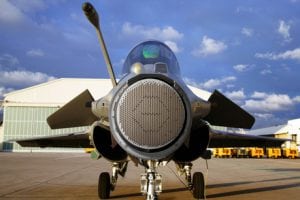 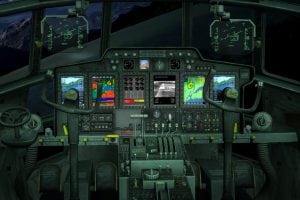