It’s not every year the avionics industry gets to introduce a new class of product that didn’t exist the prior year. That’s the enviable position that manufacturers of GPS equipment are in with the introduction of the first units capable of taking advantage of the Wide Area Augmentation System (WAAS).

WAAS improves upon the integrity of the basic GPS signal and detects much smaller errors more quickly.

WAAS is currently being implemented in the United States, which is involved with other several countries in international agreements to share and potentially implement the system. And many countries are working with the International Civil Aviation Organization to standardize satellite-based augmentation systems (SBAS). It is not clear at this time which SBAS system will be used in Europe.

"Certainly the implementation of WAAS technology into navigation systems was a highlight of the year," said Dan Reida, director of worldwide marketing for Universal Avionics Systems Corp. "WAAS brings enhanced integrity, availability and accuracy, which spills over into other technologies like ADS-B and runway incursion avoidance."

WAAS uses a system of ground stations to augment the GPS navigation signal. A network of precisely surveyed ground reference stations is strategically positioned across the United States, including Alaska, Hawaii and Puerto Rico, to collect GPS satellite data. Using this information, a message is developed to correct any signal errors. Correction messages are then broadcast through communication satellites to receivers on board aircraft using the same frequency as GPS.

WAAS is designed to provide additional accuracy, availability and integrity necessary to enable users to rely on GPS for all phases of flight for all qualified airports within the WAAS coverage area. This will provide a capability for the development of more standardized precision approaches, missed approaches and departure guidance for some 4,100 runway ends and hundreds of heliports in the National Airspace System (NAS).

A WAAS-capable GPS receiver will give pilots a position accuracy of better than 3 meters for 95 percent of the time. Users need not purchase additional receiving equipment such as a separate antenna or pay service fees to utilize WAAS because the message is broadcast on the same frequency as the GPS signal.

WAAS will provide the capability for increased accuracy in position reporting, allowing for more uniform and high-quality air traffic management. It also is expected that WAAS will provide benefits beyond aviation to the maritime, rail and highway transportation sectors.

"Like most things, the technology is rolling out to less stringently certified aircraft," Reida said. "The industry develops a process through FAA to implement the ground infrastructure to support WAAS. It was a multi-year process not without political uncertainties. It’s now fully in place and stable, and with success in small aircraft, the technology is moving up to everything from business aircraft to transport category aircraft."

LPV is a new category of approach that uses the WAAS signal and provides vertical guidance. Pilots can fly LPV with WAAS avionics approved for LPV approaches, though having WAAS avionics does not automatically mean that a pilot can fly the LPV minima line.

WAAS approaches do not require any special ground equipment at the destination airport, and no localizer or glideslope transmitters are necessary. To fly an LPV approach, pilots must have WAAS Class 3 avionics certified to TSO-C145a or TSO-C146A, and installed in accordance with Advisory Circular 20-138A, Airworthiness Approval of GNSS Equipment.

In addition to having the capability for non-precision and lateral navigation (LNAV)/vertical navigation (VNAV) approaches, the Universal WAAS-FMS makes it possible to obtain operational approvals for all of the 700-plus published SBAS WAAS/LPV approaches, as well as being ready for approaches yet to come. The published WAAS/LPV approach criterion defines minima as low as 200 feet with half-mile visibility.

"One of the most important benefits of WAAS is the ability to do precise approaches, which require additional integrity," Reida said. "The biggest challenge is to ensure the integrity of the data you’re flying. That’s something new in the flight management arena. It’s not the reception and processing of signals, but generating accuracy of the guidance signals you’re outputting."

For this application, "integrity" refers to usability of the satellite signal, and means the signal has not been corrupted. Integrity is the ability of a system to provide timely warnings to users when the system should not be used for navigation as a result of errors or failures.

The market is already showing strong interest in the latest capabilities in position sensing.

"We feel there is pent-up demand," said Reida. "The industry has been waiting and we are already experiencing strong interest. It’s been a very expensive development, and the folks in the engineering group are breathing a sigh of relief. Now it moves to the marketing group, where there are high expectations."

"WAAS has been blooming in the marketplace, especially for avionics dealers," said Garry Kelley, Garmin vice president of marketing. "There are numerous opportunities for installations and upgrades of current products. This is quite an accomplishment for safety, more precise approaches and for the capability of the system. It is good for the manufacturer, and good for the field shops and the business cycle."

The goal now, Kelley said, is to "keep the cost down by improving reliability. The U.S. and Europe have different levels of regulation and you have to design to the higher level, which adds more cost to the product. But you don’t have a choice."

For the near future, industry observers are also watching to see how manufacturers employ WAAS as a sensor for Required Navigation Performance (RNP), a metric of system navigational capability and a key element of FAA’s planned "performance-based" airspace system.

In the future, a pilot’s ability to fly in certain areas may be governed by the ability to achieve precise navigational performance within specific tolerances. For example, RNP 0.3 used for approaches requires 0.3 nautical mile accuracy. This accuracy may be achieved through various means (GPS, WAAS, a FMS using automatic DME updates), but aircraft will be certified to a particular RNP. And there are other requirements beyond accuracy that will be defined for each RNP operation before it is implemented.

"The higher performance you get from your position computer device the more benefits you will get," said Reida. "RNP and WAAS are not exclusive; WAAS is beneficial to RNP."

The introduction of ADS-B, which relies on GPS to determine an aircraft’s precise location in space, will also play an important role in near-term development of positioning system equipment.

ADS-B-equipped aircraft broadcast their precise position via a digital data link along with other data, including airspeed, altitude and whether the aircraft is turning, climbing or descending. ADS-B receivers integrated into the air traffic control system or installed on other aircraft provide users with an accurate depiction of real-time traffic, both in the air and on the ground.

Unlike conventional radar, ADS-B works at low altitudes and on the ground so that it can be used to monitor traffic on the taxiways and runways. It’s also effective in remote areas or in mountainous terrain where there is no radar coverage, or where radar coverage is limited.

"ADS-B finally has gotten the blessing from the FAA to roll out and be part of the modernization of the NAS," Kelley said. "It is a key element for all of us, simply because it provides numerous advantages for traffic awareness. There’s also a data link element that broadens the availability of information to the pilot, and immensely helps reduce costs and improve segregation of traffic."

"The resurrection of GLONASS could change how we look at the GPS market in general," said Wayne Plucker, senior aerospace and defense industry analyst with Frost & Sullivan. "GLONASS is, and isn’t, compatible (with existing systems). Receivers are capable of both, but manufacturers were drifting away from dual capability. With the Putin government insisting on their aviation system using it as a primary reference, however, manufacturers will have to continue with more expensive and more complicated dual systems." 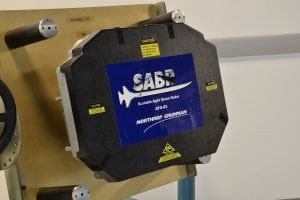