My favorite textbook from college, "A Diplomatic History of the American People," is interspersed with political cartoons from our combative past that variously depicted Europeans as pompous, petulant, fractious and quarrelsome. Today, however, our counterparts overseas appear to be making more progress toward their vision of a Single European Sky than we toward ours of NextGen, formerly known as the Next Generation Air Transportation System.

In this issue, for instance, George Marsh reports on Eurocontrol’s Link 2000+ effort, which expects this year to ratify an implementing rule for controller-pilot data link communications. This year, some 350 aircraft operated by 15 "pioneer" airlines will communicate with the ground via VDL Mode 2 digital VHF data link in place of routine voice communications.

Europe is out front on continuous descent, or "green" approaches to major airports, which cut down on fuel and emissions, yes, but also contribute to rationalizing traffic flow and easing congestion. At the Avionics 2007 conference in Amsterdam, co-sponsored by this magazine, Avtech Sweden President and Scandinavian Airlines (SAS) pilot Lars Lindberg reported on the progress of a European Commission-sponsored demonstration of green approaches at Stockholm’s Arlanda airport. The concept makes use of the Smiths Aerospace flight management system and Rockwell Collins multimode VHF radios flying on SAS B737s to downlink four-dimensional trajectory (4DT) information from aircraft to ground controllers. The 4DT downlinks, providing three spatial dimensions and a very accurate estimated time of arrival, facilitate continuous, predictable descents, and reduce the fuel burn and noise of vectored approaches.

The first 4DT flight by a revenue-service SAS 737 took place in January 2006, and general operations began in March that year. Lindberg said the program had accomplished some 550 green approaches and demonstrated $60 million in annual fuel savings, with a substantial reduction in emissions. Now the concept will be extended to Amsterdam’s Schiphol airport. A kickoff meeting for the Dutch effort was held at the ATC Maastricht conference in February, and the program is expected to advance to the demonstration stage later this year.

"We are looking at down-linking flight information to increase predictability and enable continuous descent approaches," Jacco M. Hoekstra, head of the Air Transport Division of the Dutch National Aerospace Laboratory, told me in an interview. "It’s interesting to look at a city pair, because then you also have complete flights. So the city pair we are looking at is Stockholm-Amsterdam."

To be sure, similar advances are being made in the United States and elsewhere. At Avionics 2007, Bob Hilb, manager of advanced flight systems with UPS, described the cargo carrier’s comprehensive program at its Louisville, Ky., hub, including a new terminal automation system capable of displaying aircraft positions via Automatic Dependent Surveillance-Broadcast (ADS-B) and a surface surveillance system utilizing ADS-B and multilateration. UPS trialed continuous descent approaches in 2004. It has equipped 107 of its B757/767s with both ADS-B "out" and "in" reporting capability. Speaking at a RTCA symposium in Washington in mid-March, Jonathan Hammer, secretary of SC-186, the special committee formed to develop standards for ADS-B, said, "I don’t think it would be a mistake to say that without UPS’s leadership, I wouldn’t be standing here today."

The RTCA symposium, held at the Ronald Reagan Building and International Trade Center, just down Pennsylvania Avenue from Capitol Hill, also served as a forum for some stakeholders — notably Rockwell Collins CEO Clayton Jones — to vent their frustration with the pace of the U.S. transition to NextGen (see page 10). It’s widely accepted that technology isn’t the problem. What’s creating drag is the process of developing a new concept of airspace operations, agreeing on standards and implementing new systems, a necessarily collaborative effort threatened by "fragmented, parochial and close-minded positions and approaches," Jones warned.

Europe, which doesn’t have the contentious rivalries between commercial, business and general aviation stakeholders that we do, appears the model of comity when it comes to air traffic management. "My sense is, the [Single European Sky program] is a little bit ahead of where we are," James C. May, president and CEO of the Air Transport Association, told the RTCA audience. "But we’re beginning to catch up." 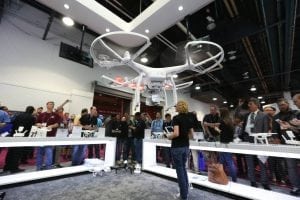 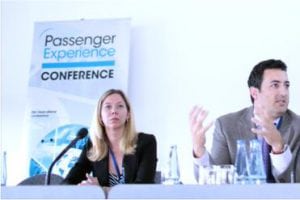 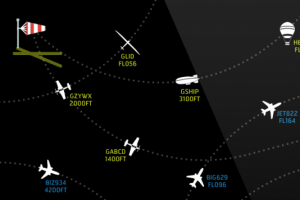