The prospect of in-flight cell phone communications seems to be growing more likely. The U.S. Federal Communications Commission (FCC) set the wheels in motion in 2004 by proposing to withdraw its ban on airborne use. The agency cited pico cell technology, which can control cell phone emissions so that they don't interfere with ground-based networks. FCC is sponsoring an auction of existing air-ground phone spectrum as this issue of Avionics Magazine goes to press. And, since the FCC move, considerable investments have been made to turn the vision of true anywhere, anytime calling into reality.

This issue features two discussions of the subject: a column by the co-chairmen of RTCA's Special Committee 202, charged by FAA to issue guidance on airlines' use of transmitting portable electronic devices (T-PEDs); and an interview with Bill Strauss, a founding member of the RTCA group and the lead researcher of a study on T-PEDs by Carnegie Mellon University (CMU). This study confirms that a high level of in-flight calling is taking place and finds significant signal activity in the GPS band. Although "legalized" cell phone calls are at least a few years off, the two discussions re-emphasize the seriousness of this issue and the need to fully understand and deal with the risks.

The commercial aviation industry clearly sees onboard phone use as possible. Pico cells have been tested by American Airlines, using Qualcomm equipment, and Boeing, using a device supplied by AeroMobile, a joint venture between ARINC and Telenor. Air France plans to take delivery of an Airbus A318 equipped with a pico cell by OnAir, a joint venture of Airbus and SITA, and to test the technology for six months in 2007.

FAA has its own rules regarding T-PEDs, and U.S. airlines currently do not permit passengers to operate cell phones in flight. RTCA has a December 2006 deadline to complete DO-294B, a set of guidelines on matters such as how to evaluate T-PED technologies for their potential to cause interference, including worst-case scenarios; how to mitigate interference; how T-PEDs could be used; and recommendations on operations with pico cell installations. Airlines wanting to permit cell phone calls in flight would use the document to develop FAA-approved plans for identifying and mitigating risks. The committee's position is that it's better to assess and address the risks up front than to rely on high-tech "policing" of the cabin.

While RTCA's work is essential, is it enough? Strauss, for one, would say no. As part of work towards a Ph.D. in engineering, he looked at summaries of 385 past accidents. In up to 6.5 percent of these cases, interference of some kind could have been a factor, he says. He also looked at the Aviation Safety Reporting System database from 1995 to 2001 and estimates that there were about 25 interference incidents each year. His case against T-PEDs has circumstantial aspects, but it puts down a marker in uncharted waters.

The CMU study extended this research, analyzing radio frequency (RF) emissions in the cabin during 37 airline flights. This revealed that passengers are routinely calling during flight despite the bans. Strauss personally observed a woman trying to use her cell phone during takeoff. He found proof of eight calls on the 37 flights, but estimates that one to four calls were being made per flight. His equipment picked up more than one cell phone signal a minute--almost 2,000 total--some of which could have been calls.

Strauss found the presence of signals in the GPS L1 band about one-third of the time his equipment cycled through it, which he says is "semi-alarming," given the efforts to keep signals out of that chunk of spectrum. Some of these signals were seen immediately following cell phone emissions, suggesting a link. The worst-case signal could have prevented a GPS receiver from acquiring a solution.

Strauss makes several suggestions. He advocates increased collaboration between FCC and FAA. More concretely, he suggests the installation of inexpensive equipment to monitor cabin RF and record the signals on the flight data recorder. This would help technicians correlate problem reports with emissions levels. Further, a caution advisory light in the cockpit could warn of high cabin RF, so that the cabin crew could ensure all PEDs are turned off before a GPS or ILS approach is conducted in bad weather conditions. Whether or not the industry embraces such suggestions, the issues are clearly serious enough to demand all the time, effort and investment necessary to manage the risk. 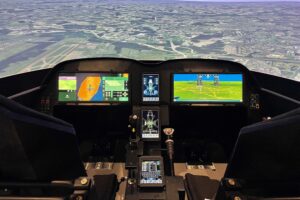 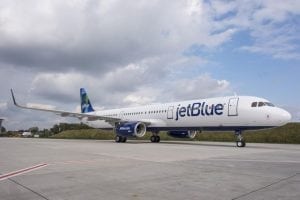