While a key mission of the Association for Unmanned Vehicle Systems International (AUVSI) is to promote the capabilities of its membership, AUVSI also is wrestling with thorny regulatory issues regarding the operation of unmanned aerial vehicles (UAVs) in civil airspace. Key stakeholders in the UAV community, with the support of AUVSI, have joined to develop standards for UAV systems—a step critical to the maturation of the unmanned systems industry. Nearly 200 officials representing UAV manufacturers and other interested parties voted last July to create the consensus standards and procedures leading to the UAVs' routine access to the National Airspace System (NAS) for civil and commercial uses.

AUVSI got the ball rolling, but the lead of the effort to develop standards for non-military UAV systems and support the drafting of Federal Aviation Administration (FAA) regulations regarding UAV operations in the NAS has shifted to the American Society for Testing and Materials (ASTM) International (www.astm.org). ASTM is a not-for-profit organization that provides a forum for the development and publication of voluntary consensus standards for materials, products, systems and services.

ASTM members, organized within committees, develop technical documents that are a basis for manufacturing and procurement codes and regulations. The organization's standards are "voluntary"; their use is not mandated by ASTM. However, government regulators often give voluntary standards the force of law by citing them in laws, regulations and codes. ASTM does not verify that products are tested according to a standard. Many manufacturers, however, choose to indicate on product labels and packaging that a product has been tested according to an ASTM standard.

In late April AUVSI met with key players in the UAV industry, including representatives from AAI Corp., SRA Adroit, Northrop Grumman, ARINC and Bell Helicopter Textron, to brief them on ASTM's offer to lead the standards creation effort. The stakeholders agreed to pursue the matter, leading to the formal "go/no-go" decision in July. AUVSI backs consolidation of efforts behind ASTM to create a new standards committee for UAVs designed to enter the NAS. Stakeholders have approved the scope of the standards effort, agreeing to organize into subcommittees covering airworthiness, flight operations and operator qualifications. The standards will cover areas including safety requirements, quality assurance, production, acceptance testing and control systems. A UAV standards committee will be formed, meeting periodically with ASTM, which will guide committee members in writing draft standards. Most panels meet twice a year. How long the process will take is unclear.

AUVSI is the world's largest non-profit organization devoted exclusively to the advancement and utilization of air, land and maritime unmanned systems technologies. Its membership includes government organizations, industry and academia worldwide. Founded in Dayton, Ohio, in 1972 as the National Association for Remotely Piloted Vehicles, AUVSI's scope has grown to include all unmanned systems—from remotely operated to state-of-the-art, autonomous systems. It became the Association for Unmanned Vehicle Systems in 1978, and in 1982 moved its headquarters from Dayton to the Washington, D.C. area, where it remains today. Along the way, AUVS became AUVSI to emphasize its international scope.

AUVSI provides forums for the exchange of information and the advancement of unmanned systems technology and development. Events include the annual symposium and exhibition. The 30th meeting, held July 15-17, 2003 in Baltimore, drew 3,000 visitors and included the largest unmanned systems equipment display ever, with more than 172 exhibitors.

Other AUVSI-sponsored events include the international air, ground and underwater student competitions. They introduce future generations of engineers, scientists and operators to unmanned systems. Students design, build and deploy autonomous vehicles. The student contests have captured the imagination of students, industry and the public, as they have been featured on the Discovery Channel and in other television, radio and print outlets around the world. Meanwhile, AUVSI's Ground, Sea and Air Conference is a technology-focused, three-day event held annually in February. It dedicates a day to each unmanned systems discipline. As of September, AUVSI had 3,625 individual members and 106 corporate backers.

Daryl Davidson is executive director of the Association for Unmanned Vehicle Systems International. 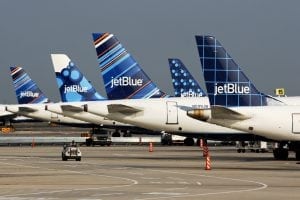 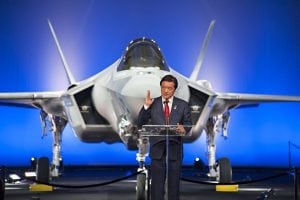