Comfort, affordability and quality are what matters in a headset, pilots say. Lightness is key, says a major reseller. But pilots"cry bloody murder if it costs more than $200."

Pilots wear the headgear four to five hours at a stretch. If the units clamp down tightly over the ears to screen out external noise, extra ounces cause headaches. A good headset weighs about 11 to 17 ounces (308 to 476 grams). Prices range from below $100 to $1,000.

From an operational viewpoint, quality is critical. Noise reduction increases pilot concentration and reduces fatigue. It can be achieved by active (electronic) or passive (mechanical) means. Both approaches have tradeoffs. Active noise reduction (ANR), for example, often requires the use of batteries and adds complexity to the design. But a combination of the two approaches can increase overall protection against noise. No technology, of course, is idiot-proof: performance will be below par if the mic is too far away from the pilot's mouth or if heavy glasses push the earphones away from the head.

Although civilian pilots have used ANR technology for years, the military has been wedded to passive headsets. Now there is a push to get ANR headsets into the cockpits of heavy aircraft, especially U.S. Air Force Air Mobility Command (AMC) transports and tankers. More manufacturers are providing ANR products, too, making the technology available at more affordable prices.

A 2001 study for the Air Mobility Battlelab examined 14 ANR headsets from vendors such as DRE Communications, Bose, Flightcom, Sennheiser and David Clark. After testing at the Air Force Research Lab, the units were flown in C-141, C-5, KC-135 and C-130 aircraft. The study cited 105-decibel (dB) noise levels in C-130s at cruise and stated that ANR technology—which was shown to reduce noise by up to 40 dB for the products evaluated—is a relatively low-cost, high-payoff option. The report described occupational hearing loss as the "number one military public health epidemic." It estimated that the government, since 1977, had paid $4.3 billion in hearing loss claims and continues to pay some $300 million annually in disability claims.

What's the difference between the two approaches? Substantial noise reduction can be achieved mechanically (the passive approach) through good earcup design and use of a mic that automatically cancels out outside noise. But passive systems provide little protection against lower-frequency noise, according to an Air Line Pilots Association (ALPA) paper. They are more effective against higher-frequency noise.

David Clark Co. is known for its passive noise reduction technology. The company's best-selling product is the H10-13.4 passive headset, which weighs about 16 ounces and lists at $315. At one point it weighed only 13.4 ounces (375 grams), but the company added heavier head pads and ear seals, says John Farr, director of marketing. The company's products, used by many military pilots, offer superior durability, he says, using metal parts where others use plastic. The H10-13.4 provides an independently certified 23-dB noise reduction rating and a five-year guarantee.

Active noise reduction, by contrast, cancels noise electronically. ALPA describes ANR as the generation of a signal equal in magnitude but opposite in phase from that of the prevalent lower-frequency noise. In other words, it uses noise to cancel noise. When the new tone is combined with the ambient noise and sent to a speaker in the earcup, the result from the pilot's perspective is a dramatic reduction in low-frequency noise. ANR performance, however, depends on the location of the microphone (as close to the ear canal entrance as possible), the ability of the electronics to analyze incoming sound and generate an out-of-phase tone, and the speaker's generation of an adequate replica of the tone received from the electronics, says ALPA.

ANR technology can provide a 10- to 20-dB reduction in low-frequency noise, according to an audio engineer. The trouble is that it requires additional circuitry, consumes power, and adds more complexity to the overall headset design. Crewmen in older, non-panel-power military aircraft require batteries, which have unpredictable duration. If phase cancellation is done poorly, moreover, ANR can actually add noise. ANR headsets also should have a "fail passive" mode, says the engineer.

David Clark also provides combination headsets. The company's H10-13X, list-priced at $625, reduces low-frequency noise by 17 to 22 dB, according to the product sheet. Total noise performance, however, depends upon the frequency mix and other factors.

An issue often ignored by private pilots is the integration of headsets into the airplane. "Often the pilot has no idea how he sounds to anybody else," says an audio engineer. When people change headsets, it's important to perform qualitative and quantitative radio tests to make sure they sound okay. Mics, after all, are the pilot's connection to every onboard communications system. Just because a headset works with the intercom doesn't mean it will work correctly with the radios.

For example, a gain adjustment often has to be set on electret (noise-canceling) mics. The more complex the headset, the more challenging the interface. And if different types of headsets are used on an airplane, they have to be adjusted to provide the same mic output level to the radios. 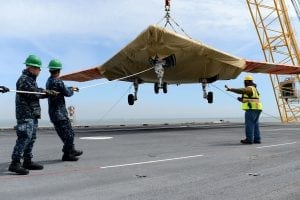 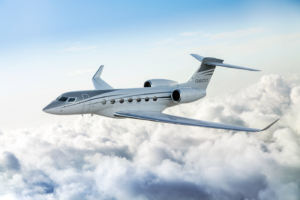 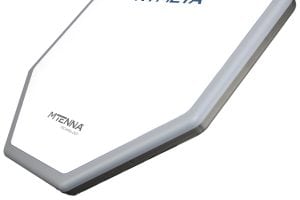