In your November Safety in Avionics column (page 55), I was disappointed by your dismissive tone regarding the theories of Elaine Scarry, and I was quite disturbed by the illogical means you employed to undermine her argument.

Firstly, Scarry does not "imply" or "hint" that EMI (electro-magnetic interference) may be a cause [of the TWA 800 and Swissair Flight 111 accidents–editor], she explicitly says it. Secondly, she is saying that it should be considered–not that it is the cause–and I completely agree.

It was wholly unacceptable and a gross non-sequeter to dismiss the EMI theory as "speculative" simply by listing the existence of other speculative theories, such as arcing or pilot sabotage. Can all three theories not be considered?

Immediately after describing Scarry’s quite sensible examination of coincidences, Dr. Ladkin is brought in to suggest that defective wiring is the cause, not EMI. Note that he stops short of declaring arcing as the cause, instead employing the weak, "look to defective wiring," which, of course, is also just a theory that should be investigated. His discussion of the mechanism of the ignition of flammable vapors is weak, however.

Certainly Ladkin is aware that such a large aircraft can easily absorb 0.2 mJ of energy, even in the most miniscule external fields. His considerations should, therefore, focus on the magnitude and frequency of the EM fields, possible coupling mechanisms, and the bonding techniques employed to protect the aircraft against energy absorption (which always occurs) to ensure that it does not concentrate in the wrong place.

The third theory presented, pilot sabotage, I am not qualified to discuss. However, from a common-sense perspective, I find it unacceptable that the pilot was diagnosed with acute psychosis (i.e., severe derangement) based on the behaviors described and without the benefit of a face-to-face diagnosis. It is interesting that this, being the least substantiated of the theories, received more weight than Scarry’s EMI theory.

In the end, the only thing that was made clear is that the cause of these tragedies is not known. I think you have done your readers a disservice by not presenting this as an investigation of three plausible and competing theories. I urge you to consider the merits of each of the arguments only, and refrain from coloring your conclusions based the qualifications of the proponents.

I have talked directly to Elaine Scarry about her EMI theory. I have also talked to the Transportation Safety Board of Canada, to the U.S. National Transportation Safety Board, and to top experts in the field, in addition to Prof. Peter Ladkin. They all believe that Ms. Scarry is walking too far out on a hypothetical bridge. Calculations indicate that even if an Aegis cruiser had been directly below TWA 800, radiating its SPY-1 radar at full power, the energy levels would have been insufficient to cause a pulse of energy of ample strength to find its way into the center wing tank and ignite the flammable vapors therein.

Believe me, I have followed TWA 800 from day one of the NTSB investigation, and EMI is not the culprit. The Joint Spectrum Center specifically looked at EMI with respect to TWA 800 and said, no, the radiated energy fields were orders of magnitude below the lowest amount of energy needed to cause the explosion.

In her second essay, Scarry then presented a scenario, electrical arcing, that would have required an even higher level of EMI. Having reviewed everything coming out of the Canadians’ investigation and revelations about improper wire installation and horrible wire system design practices, I do not believe, nor do the Canadians, that EMI is the culprit.

I grant you that a mechanical malfunction on the Egyptian B767 shouldn’t be ruled out. I interviewed a top official at the NTSB. We went over all the flight data recorder information. There is nothing in those traces to suggest a mechanical malfunction. Not until eight seconds after relief pilot Batouti disconnected the autopilot did the airplane pitch over.

I grant you EMI is a potential hazard that should not be dismissed lightly. I am concerned that our ever-more electrified jets may be increasingly vulnerable. But not in these three cases. As I said in the article, the industry has been caught by surprise before, and Ms. Scarry may be raising the level of consciousness about this issue. Even so, in these three tragedies, I simply do not see EMI as the common link. –David Evans

A Cocktail of Frequencies

David Jensen’s article (August 2000, page 4) is correct when he discusses the menace of personal electronic devices (PEDs). But the problem is many times more severe than generally supposed.

Measurements made with a single source device are interesting but do not explore the effect of multiple devices. The problem is that different devices radiate at different frequencies, and the aircraft’s systems are subjected to multifrequency attack.

The result is that sum and difference frequency components are then generated. Even two apparently identical devices will differ, and the difference frequency is produced, along with all of its harmonics. The result is that not only do multiple sources create more interference (EMI), but they create new kinds of interference that a single source cannot create. My experience indicates that even DO-160D is lenient by at least 20 to 30dB.

An interesting side fact is that in every case of EMI I have investigated, the actual path of the interference involved radiation from the hull of the aircraft to the radio antenna...never into the wiring.

One development that has raised the level of risk is the widespread use of high-speed HCMOS technology. The way HCMOS devices get their speed is by having very high current sinking and sourcing capability, which can charge or discharge incidental capacitance very quickly, creating very short, high amplitude current pulses. I would estimate that a typical laptop will radiate several watts of RF (radio frequency) on a cocktail of frequencies. 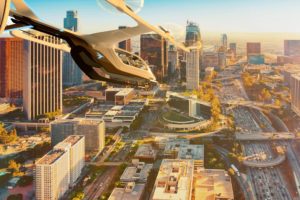 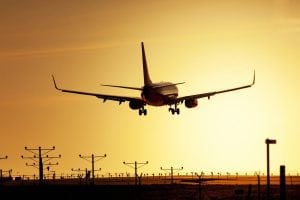