[Avionics Today June 25, 2014] A father-son pilot team attempting to fly a single engine Beechcraft Bonanza around the world in 30 days is using some innovative avionics for flight tracking purposes. The "Around the World in 30 Days" team consists of 17 year old Haris Suleman and his father Babar Suleman of Plainfield, Ind., flying the Bonanza from their home with a first stop in Canada and then hitting destinations in Africa, Europe and Asia-Pacific prior to finishing in California. The team has outfitted their aircraft with the Star-ISMS Lite tracking system from Canadian aerospace manufacturer Star Navigation Systems.

According to Star, the system is providing flight following and two-way text messaging between the pilot team and a ground-based dispatcher. So far, the system, which is a box that fits in the aircraft's avionics bay, has monitored their flights over the Atlantic Ocean, from Goose Bay, Labrador to Reykjavik, Iceland, and on to London's Biggin Hill Airport.
"Since our dispatcher will have access to our exact location, speed and altitude, they will be able to make our arrival arrangements or suggest deviations to alternates in real time," Suleman said in a recent statement. "The texting capability will allow us to communicate with them and have the confidence of knowing that we are in good hands. With recent Malaysian MH-370 incident, for safety reasons we wanted to be in contact at all times with ground control, allowing them to provide us vital assistance while flying through various destinations around the globe." 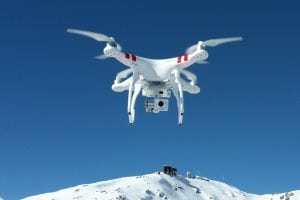