At the end of May, a total of 50 new airspace procedures were implemented, all aimed at allowing airlines to take advantage of modern avionics systems and PBN. Houston is one of 13 Metroplexes — a system of airports with shared airspace serving one or more major cities — where the FAA is working with the industry to implement PBN procedures.
According to Ron Renk, chief technical pilot for flight operations technology at United, the overhaul of the Houston metroplex will allow the airline's pilots to start using the Flight Management Systems (FMS) on the aircraft in new ways.
"United will take advantage of the Flight Management Computers (FMC) ability to plan a path descent that is efficient for the aircraft in the particular weather conditions during the arrival. While the legacy system used the FMC to plan the lateral path the aircraft flew, ATC [Air Traffic Control] would control the vertical with a series of descents and level-offs," said Renk. "United will now have near idle descent profiles which will save fuel, reduce noise and reduce emissions."
Among the new procedures that were implemented there were 20 new Area Navigation (RNAV) Standard Terminal Arrivals and 20 new RNAV Standard Instrument Departures (SID) along with six modified Instrument Landing System (ILS) transitions.
On average, United flies nearly 560 flights per day within the Houston metroplex. Renk said that beyond the new FMS usage, the PBN procedures also enable improved communications between pilots and ATC in the airspace.
"Once you are issued a descent via or climb via clearance the aircraft will fly the predetermined lateral and vertical path without the need to issue headings, speeds and altitudes," said Renk. "We also expect to see improved arrival rates (throughput increases) as a result of aircraft procedures and taking advantage of the technology we already have on the aircraft."
Houston Air Route Traffic Control Center has also published a Notice to Airmen (NOTAM) for aircraft using the airspace that are not properly equipped to perform the new PBN procedures.
United was also the lead carrier working with the FAA in the Denver Metroplex project which was modernized in 2013 with a network of 51 satellite-based, according to FAA Deputy Administrator Michael Whitaker. All of the airline's aircraft are equipped with avionics to enable satellite-based procedures, which are estimated to save them 100-200 pounds of fuel per arrival there.
Renk said the Houston project was one of the first where there was a high level of collaboration between the FAA and the industry.

"The Houston Metroplex is the first fully implemented FAA Metroplex project. We were very pleased with the collaborative efforts brought forth by the Metroplex program. This is one of the first times that the FAA, NATCA and the airline industry all worked together to re-design airspace. Having pilots, controllers and various branches of the FAA involved really helped identify the best way to get procedures that benefited everyone and could be implemented smoothly," said Renk. 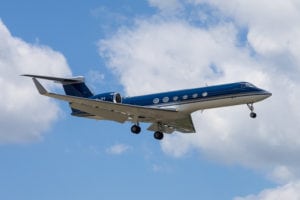 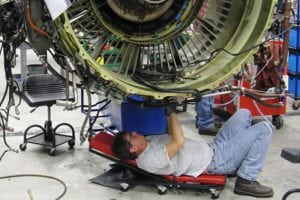 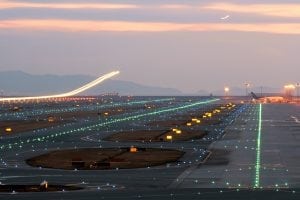