Curtiss-Wright received a contract from BAE Systems to provide an image processor subsystem for use on the Autonomous Real-Time Ground Ubiquitous Surveillance imaging systems, ARGUS-IS and ARGUS-IR, which BAE is developing under contract to the Defense Advanced Research Projects Agency (DARPA).

Under the agreement, delivery of the subsystems is scheduled to begin in the third quarter of 2011 and is expected to run through the end of this year. Including this initial contract, total orders in 2011 are anticipated to approach $2.5 million, with an estimated total value of $27.5 million over the lifetime of both programs.

Curtiss-Wright's Motion Control facilities in Ottawa, Canada and San Diego, CA will manufacture the products covered by this agreement, which include high-performance, rugged processor boards and an air-flow chassis.

The Autonomous Real-Time Ground Ubiquitous Surveillance Imaging System (ARGUS-IS) is an airborne processing system that can simultaneously and continuously detect and track the presence and motion of thousands of small or large targets over an area covering tens of square miles. ARGUS-IS is designed for daytime use and a system utilizing infrared technology (ARGUS-IR) is designed for nighttime use. 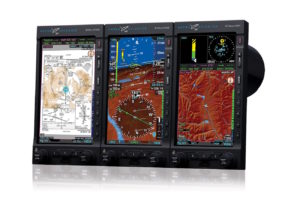