New approaches in cockpit lighting design and technology are benefiting both pilots and designers.

From a design perspective, computer aided design (CAD) software is helping cockpit lighting come into its own, yielding improved working environments for flight crews and lower maintenance and replacement costs for companies.

In the past designers assembled a physically complete cockpit mockup and then decided where to place lighting. But now the total optical illumination system is based on an optical simulation that is integrated directly with the CAD.

Utilizing a library of available light sources, CAD and design engineers are able to plan light distribution, minimizing surprises and maximizing the potential for a properly lit workspace.

Under the old mockup systems, it could take "a couple of iteration cycles until you found out that the copilot may have a disturbing reflection in the windshield" as a result of a given pedestal light, said Andre Hessling of Goodrich Hella Aerospace Lighting Systems. "Now [with CAD] you plan the light levels you want, what color, what transitions and where the boundaries are... before any steel is cut."

The result, Hessling said, is integrated with a digital mockup that stores all the optical properties of the hardware such as color, gloss and texture, and then evaluates them for performance and glare. Various lighting scenarios are tried out and evaluated digitally.

"This process provides a first-time-right approach," Hessling said. This, of course, means time, effort and cost savings for the design team. And as production costs are reduced, the end product is more cost friendly as well.

Such digitally designed cockpits are likely to make use of the latest in lighting technology, especially solid-state light-emitting diodes (LEDs).

Thanks to the development in the mid-1990s of gallium nitride, a semiconductor material, LEDs with bright emission capability began popping up in cockpits and have been embraced by the aviation industry.

The introduction of LEDs changed the aviation industry and the technology continues to push the lighting envelope.

Solid-state means that light is emitted from a solid object, such as a semiconductor block.

When designing a cockpit lighting system, engineers focus on human factors, particularly the pilot’s ability to read and view the instruments.

Lighting must be adequate for the safe performance of the aircraft, while not interfering with the crew’s comfort, safety or security.

Lighting engineers must consider other concerns, such as weight, cost, engine draw, the amount of heat generated and maintainability.

Another important area in which LEDs are excelling is toughness. They are able to tolerate higher levels of mechanical shock than incandescent lights. Sources say LEDs are making strides in all of these areas.

Also, LEDs are lighter weight, the bulbs burn cooler than their incandescent counterparts, and, in an aircraft installation, they draw less engine power.

Because of their increased life span, LED lights require less maintenance. Their mean time between failure can easily exceed 50,000 hours and they offer higher reliability when it comes to mean time between unplanned removal.

Because solid-state LEDs are essentially like computer chips, they can be monitored more easily and variations in output can be noted and rectified before failure.

Unlike incandescent lights, LEDs rarely fail abruptly. Rather, they tend to fade over time, making it possible to note a possible failure before it disrupts a flight. LEDs offer more uniform lighting.

It is also possible to utilize a wide range of colors and tune them to the most pilot-friendly shade or tint. Such technology may prove its value in reducing pilot fatigue, as well as increasing cockpit efficiency.

While LED-equipped cockpits are generally only available on the newest aircraft, the technology promises to be the wave of the future. And some companies, including, IDD Aerospace, provide LED panels for existing incandescent flight deck installations.

Meantime, commercial transport pilots tell Avionics they have a few pet peeves when it comes to cockpit lighting. They are frustrated by spot lights that won’t stay in position and too-bright white overhead lights that obstruct their night vision.

High on these commercial pilots’ wish lists are overhead cockpit lights that run more toward the red spectrum so they can still see their checklists while simultaneously viewing the land and sky outside the cockpit without glare. LEDs could solve these problems, experts say.

The various military branches, along with industry, are working on developing standards to address acceptable radiance and irradiance levels.

The future of cockpit lighting technology could be in the hands of the developers of organic LEDs (OLEDs), which will be based on a carbon or hydrogen compound instead of gallium. OLED technology may make it possible in the future to create self-illuminating displays.

Currently, OLEDs do not provide sufficient luminescence for much beyond displays. Sources also say OLEDs are limited by a shorter life span than regular LEDs. Research continues, though, and the potential is there for further inroads. 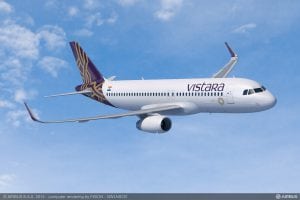 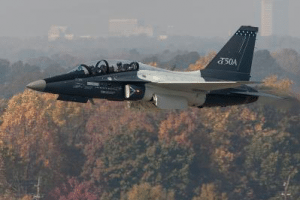