It’s official. Old electrical wiring embedded in the thousands of ground, water and air vehicles is a threat to the safety of America’s transportation system. So declareth a Wire System Safety Interagency Working Group operating under the aegis of, no less, the White House Office of Science and Technology Policy. A May 10, 2000, internal memorandum stated somberly, "We have concluded that aging wiring is an issue of national concern that extends beyond aviation."

Meeting behind closed doors, the Interagency Working Group is expected to issue a report on what can be done to assure the safety of electrical wiring. The report is due sometime before the end of this year, which is to say before the current lame-duck administration is kaput. As one outgrowth of this effort, a July 10, 2000, Commerce Business Daily announcement called for interested parties to submit proposals to "predict or detect problems in copper, optical, or other wiring systems where a malfunction of the wiring system can result in adverse safety..." With a submission deadline of Aug. 28, the announcement said, "We would like to learn about initiatives that include 1) a better understanding of degradation mechanisms, 2) detection/inspection techniques, 3) methods of mitigation, and 4) improved wiring systems."

Events tragic and almost so are driving this concern. Make no mistake, the impetus for all this heavy breathing out of the White House comes from the aviation side, with an increasing number of airplanes being flown well into their second and sometimes third decade of service.

Wiring in younger airplanes is no less important: Current production jets are more "electrified," as it were, and many in-service jets are being retrofitted with more wiring, particularly in the cabin. For example, during a recent tour of United Airlines’ heavy maintenance facility at Indianapolis, Ind., the facility manager pointed to the new seats being installed in the carrier’s long-range B767 jets. The seats, with advanced in-flight entertainment systems and multiple motors and switches to adjust the seat per the passenger’s desire, are adding an equivalent amount of wiring into the cabin that is found in the rest of the airplane. Much of that wiring is being run along the cabin floor, protected only by rubber covers that can be seen as humps under the carpet. How these installations will hold up over time is problematic.

Consider also what the plant manager said about fly-by-wire (FBW) jets: for critical flight control circuits, wire is not spliced. For absolute certainty of reliability, the entire length of wire must be replaced. The downstream maintenance implications for these relatively new FBW aircraft, say 10 to 15 years hence, are largely unknown.

For the most part, aircraft wiring falls under the "out of sight, out of mind" category. But every now and then the invisible connective tissue of electrical and avionics systems fails. In the confines of a pressurized airliner six miles high, and an hour or more from the nearest emergency airfield, a bracing whiff of smoke from an electrical fire has the same shot-of-chilled-water-to-the-heart impact on the pilots as an engine fire warning light.

Sometimes electrical failures occur without warning. TWA Flight 800, an old B747-100 with more than two decades of service, blew up in July 1996 just a few minutes after takeoff from New York’s John F. Kennedy International Airport. Moments before the explosion, the flight crew remarked about a strange fuel flow reading, which could have been caused by an electrical transient. In the exhaustive postmortem, National Transportation Safety Board (NTSB) investigators were horrified to learn that high- and low-power wires were run in the same bundle. This installation opened the possibility that current jumped during arcing from a high power to a low power circuit and found its way into the center wing tank, causing the explosion that downed the airplane.

In April of this year, the Air Line Pilots Association (ALPA) submitted extensive comments to the NTSB as the TWA 800 investigation was winding its way to the final hearings in August: "ALPA believes latent failures are a central issue to the resolution of fuel tank safety. It is highly likely that one or more latent failures were involved in the sequence of failures leading to the ignition of the CWT [center wing tank]. We share FAA’s [U.S. Federal Aviation Administration’s] concerns regarding a latent condition placing the airplane one failure from a catastrophic event and, specifically, we believe that substantive methods must be applied to identifying latent failures within fuel tanks immediately."

ALPA’s focus was on the electrical components of fuel systems, but its concerns apply to electrical and avionics systems in general.

While the September 1998 crash of Swissair Flight 111, an MD-11, is believed to have been caused by a runaway electrical fire, less well known is the case of a Delta Airlines L-1011 that could well have been the American equivalent of the Swissair tragedy. In November 1998, just two months after the Swissair crash, about 130 miles out on a flight from Honolulu to San Francisco, an electrical fire broke out behind one of the circuit-breaker panels in the cockpit. As the crew’s report to the Aviation Safety Reporting System recounted, the captain "had a sea of inoperative flags on his panel...with random electrical items giving warnings, it became evident that the airplane thought it was on the ground and in the air simultaneously." Even after the crew completed an emergency landing, they could not turn off the engines by cutting the fuel ignition switches. Pulling the fire handles got the engines to finally stop.

The problem was attributed to an improperly installed clamp, which, over time, wore through wiring insulation and caused a short circuit.

The intrepid and resourceful flight crew received ALPA’s superior airmanship award at the union’s annual safety forum last August. Also that month, the crew of an AirTran Airways DC-9-32 reported smoke in the cockpit and cabin as the aircraft was passing through 7,000 feet on a flight from Greensboro, N.C., to Atlanta, Ga. The source was traced to a circuit breaker panel, where charred wire was found in a post-landing inspection.

In May 1996, a ValuJet DC-9 plummeted into the Florida Everglades after the crew reported smoke in the cockpit and cabin. After that fatal crash, ValuJet merged with AirTran, which today is flying many of the same old DC-9s, while new Boeing B717s are entering service. Given the potential significance of this Aug. 8 AirTran incident, the NTSB is investigating. The crew reportedly was considering landing the airplane on a local highway as the situation worsened during their descent to an emergency landing at Greensboro.

Electrical fires do concentrate the mind. Moreover, a barrier to informed discussion about aircraft wiring is being breached. The standard industry position is that wiring problems do not stem from deficiencies of insulation type, but almost universally from installation errors (such as the clamp on the L-1011 cited above). Boeing’s testimony at a September 1999 Congressional aviation subcommittee hearing on aircraft wiring is typical: "Our experience to date tells us that the problems associated with airplane wiring are the result of installation factors and not problems of wiring insulation..." (emphasis in original).

In the great installation-versus-insulation debate, the Boeing statement affirmed, "Our experience with airplane general-purpose wiring indicates that wiring is not a factor when exposed to accidental damage occurring on commercial airplanes. One wiring type is neither more susceptible to this damage than another, nor does one have a shorter effective life than another. Given that two general-purpose wiring types are properly installed in the same area in a commercial airplane, and properly maintained, we would expect them to perform equivalently."

Ed Block, an air safety activist who ardently believes the seriousness of the wiring problem has gone under-appreciated for too long, has amassed a thick stack of documentation showing that the quintessential problem is not one of installation versus insulation, but one of installation and insulation. Consider:

On insulation type: From a March 14, 2000, Qantas Airways Ltd. memorandum to its avionics personnel: "As a result of ongoing incidents across the world involving Kapton wire, Qantas engineering and management have decided to purge all stocks of BMS13-51 (Kapton) wire from Qantas stores. The stores system has also made BMS13-51 wire inactive, so that it cannot be issued through the stores system. All stocks should have been discarded by this time. However, if any BMS13-51 wire is found or received when ordered, it is NOT to be used. The offending wire is to be scrapped and disposed of as per Qantas Policy and Procedures Manual..."

To emphasize that Kapton is not the only problem, consider the following from the proceedings of an electrical interconnect system conference in 1995: "Crosslinked ethylene tetrafluoroethylene (XL-ETFE), the second most widely used aerospace insulation system, was not considered an acceptable alternative for use in the ‘people tank’ (airframe) by some OEM’s (original equipment manufacturers) and end users because of its smoke and fire properties."

On wire life: From a 1981 U.S. Air Force memorandum: "Having any component, wire or material last for the intended life of the vehicle is real utopia." For the cross-linked tefzel wire type under discussion in this memorandum, which also was being installed in the B767, the Air Force said, "we expect a service life of 10,000 hours." The B767 has a design life objective of 100,000 hours.

These documents clearly infer that different wire insulation types don’t have the same life span, and they don’t have the same life as the airplane. Further, from the FAA’s 1991 Advisory Circular AC 25-16: "Abrasion of wire insulation caused by differences in hardness can be hazardous. Therefore, wires having significantly different insulation hardness, or abrasion characteristics, should be routed in separate bundles." ‘Nuff said on this point.

The denial of this mounting case against complacency may be a major reason wiring problems have now been raised to the status of "national concern."

David Evans is editor of the award-winning newsletter Air Safety Week. Comments can be directed to devans@pbimedia.com. 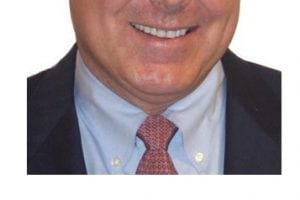